From John Q. Seriously: “Re: Eclipsys. In a morning blind-side, Eclipsys has released former MediNotes CEO Don Schoen and former Bond Technologies President Travis Bond. Bond created the EHR Bond Clinician, which was acquired by MediNotes in spring of 2008. It was subsequently acquired in the the acquisition of MediNotes by Eclipsys in the fall of 2008 and renamed Eclipsys PeakPractice. Schoen was co-founder of MediNotes, known for their Charting Plus and MediNotes EMR products.” Several readers e-mailed with the same rumor, saying that business unit had been merged into an existing Eclipsys one. I’ve offered Eclipsys the chance to respond and haven’t heard back yet. It’s unusual for entrepreneurs of acquired companies to stick around after an acquisition, but they usually leave under their own power.

That rumor follows news that Chris Perkins has been named CFO of Eclipsys, rejoining his former Per-Se colleague, CEO Phil Pead. He gets an immediate 22,222 ECLP shares ($362K worth) plus options for another 133,334 shares to “align Mr. Perkins’ interests with those of Eclipsys shareholders,” who are unaligned in the sense that they had to pay for their shares with their own money. He’s also getting $400K in salary and a targeted bonus of $200K with $100K guaranteed. Also announced are severance deals with Pead and Perkins: a year’s salary, 100% of target bonus, an extra year of vesting, and 18 months of health insurance.

From Ken Kashimoto: “Re: Valco. Heard through the grapevine that as a result of Hyland Software’s acquisition of Valco Data Systems last week, all Valco employees were let go last week.” Unverified. Valco’s headcount was around 35, I’ve heard. 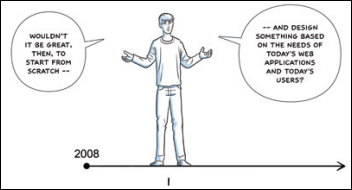 From The PACS Designer: “Re: Google OS. Google has announced a new web operating system called The Google Chrome Operating System. The Google Blog states, ‘Speed, simplicity and security are the key aspects of Google Chrome OS. We’re designing the OS to be fast and lightweight, to start up and get you onto the web in a few seconds. The user interface is minimal to stay out of your way, and most of the user experience takes place on the web. And as we did for the Google Chrome browser, we are going back to the basics and completely redesigning the underlying security architecture of the OS so that users don\’t have to deal with viruses, malware and security updates. It should just work.’ It appears that Microsoft and other major operating system vendors have something to worry about when it comes to competition from open source web operating systems.” Don’t underestimate the benefit of having a change-resistant customer base. Chrome is already out there and not making much of a dent in IE. Linux, on which Chrome OS will be based, is also free but has taken only a tiny percentage of PC users. People don’t like change even more than they don’t like Windows. I like all the Web emphasis, but they better not make Microsoft’s Vista mistake and tell users that dysfunctional and outdated plug-and-play drivers aren’t the fault of the operating system. Google is smart to be going after Microsoft’s cash cows of Windows and Office, though. For Netbook users and those who really don’t need anything running locally on the desktop, Chrome OS will probably be just fine, but that’s not a big bunch of users so far.

From Rhythm n’ Blues: “Re: CareFusion. I’d be interested in your response to this unique marketing tactic. Hope they’re stopping in a city near you!” Cardinal Health’s planned technology business spinoff and IPO, CareFusion, will sponsor a jazz festival series that’s going to Newport, Chicago, Montery, Sydney, Paris, and NYC. They’re using a lame excuse for it, saying that “there is a clear connection between jazz and medicine.” Dear Saint Obama, while you are looking into ways to cut massive healthcare costs by throttling the incomes of the people who deliver care, please make sure not to forget to save a little of Uncle Sam’s well-intended meddling for those companies that make a fortune from patients in the form of Pyxis and Alaris patient care devices whose high prices and market penetration have allowed them to hoard enough healthcare cash to stage an international festival series for jazz music, which nobody likes anyway except pedantic posers not quite up to classical and secretaries who aren’t allowed to play real music on the office radio. Sincerely yours, the people paying for it.

I get e-mails every few days from people aren’t getting the update blasts any more. I’m still sending them, so if you aren’t getting yours, your e-mail server is rejecting them as spam. I can’t fix that on this end, but you can contact your e-mail administrator to ask to have my e-mail address added to the “white list” of known non-spam e-mailers. If you use Gmail or one of the other free accounts, you can probably set it up yourself. I send HIStalk e-mails at least three times a week and usually 4-5, plus HIStalk Practice is good for two at minimum and sometimes 3-4. if you aren’t getting them, that’s the problem. You can also use the Subscribe to Updates box to your right to add your home e-mail address in addition to your work one since it’s usually the work one that is overly aggressive about discarding suspected spam. I don’t want you to miss anything.

Readers have added several new events to the HIStalk Calendar, which is how they got them listed and linked on the main page of HIStalk (to your right). Notice the cool way the event listings include links, direct links to a location map and weather, options to download to your e-mail calendar, etc. You can submit your HIT-related event for free. Here’s a tip for those doing so: if you click “Check If Recurring,” you can enter the event once and choose the days it covers, which is a little bit easier than making separate entries for each day.

My guest editorial for Inside Healthcare Computing this week is titled A Day in the Life of IT-Visionary Hospital VPs: Laying Out CPOE Benefits to Luddite Doctors. See if you can detect the thinly disguised sarcasm: “One was late in responding because her top-of-the- line hospital laptop had failed after her teenaged son had used it for several consecutive hours of doing Internet research for a school project in his locked room, necessitating a call to the VP-only IT support hotline so that a technician could be dispatched to her house on a Friday evening.” The publisher tells me that 88% of readers like my stuff there, with 12% chiming  in with the person who wants them to get rid of me and my “clever cynicism.” I was hoping for at least a 40% disapproval rating as validation that I’m stirring people up enough.

Origin Healthcare Solutions adds patient payment collection tools to its Origin Manager practice management system. I couldn’t follow the references to Connecticut and SSIMED, but anyone interested in that news will probably know what it means. 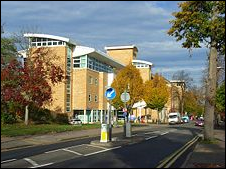 In the UK, the entire 26-member EHR team at Royal Berkshire NHS Foundation Trust has been let go as the hospital breaks away from NPfIT and implements Cerner via its vendor, UPMC (yes, a non-profit US hospital is also UK vendor, as confusing as that is). They can apply for one of 19 available one-year contracts. In the meantime, since Pittsburgh’s infrastructure is crumbling because of a billion dollars’ worth of debt, entrenched unions, a declining population (even smaller than what’s left of New Orleans, which is actually growing) and a plethora of big-income organizations that don’t pay taxes, the city is considering surcharges on its hospital admissions and college students, which would hit UPMC directly other than it will probably just pass it along in one form or another.

Don Miller, MD, founder of prenatal care system eNATAL, e-mailed to mention to tell me that the company has several iPhone applications for obstetrics in Apple’s App Store. The application itself is sold in an interesting ASP pricing model: OBs buy “tokens” that are good for one per pregnancy. Here’s what Don had to say about certification: “eNATAL is not CCHIT-certified, never will be, and highlights what is wrong with CCHIT certification. eNATAL is an affordable niche EMR that adds tremendous clinical value, improves patient safety, incorporates clinical decision support functionality that the ‘big boy’ EMRs only dream of, saves money for all healthcare stakeholders, and is used in a ‘meaningful’ way every day across the country. But our subscribers will not receive a nickel from Obama for its use.”

More on the government of the Philippines investigation of who spilled the beans on the rumored leaky breast implant repair of its president: the National Bureau of Investigation is interrogating employees of a hospital that it claims asked for government help to make sure its employees didn’t breach patient confidentiality.

Hospitals in New York State have readmission rates that are much worse than average. The local hospital association (trade group) blames poverty, but didn’t offer an explanation of why Harlem Hospital Center excels and IT-loaded and $3 million CEO-led Montefiore Medical Center lagged.(I noticed while snooping around Montefiore’s federal records that even its chairman of dentistry makes $1.7 million a year, which seems absurd). 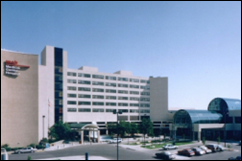 Medical Center Hospital of Odessa, TX says implementing its $6.2 million McKesson CPOE system will be a “massive, difficult project,” but its seems eager to snag $5.4 million of that amount from us stimulating taxpayers. A good line from the CFO about the CIO: “I’m looking forward to the day when we have a meeting when Gary [Barnes] doesn’t speak.”

A Canadian medical malpractice jury awards more than $5 million to a man who suffered injuries from spinal tuberculosis after he ignored his radiologist’s urging to come back for more tests to investigate problems he’d spotted. The judge found the patient 30% liable as punishment for not cooperating, but made the excuse for him that he was probably to busy to follow the doctor’s advice. The hospital says it has since implemented software that will prevent misfiled records and miscommunication.

Microsoft tries to use an Obama-like pitch to get people to “join the movement” and sign up for HealthVault on its I am Enabled site. It’s loaded with the usual cliche Facebook, Twitter, and YouTube connections. Jerry Seinfeld isn’t mentioned.

Speaking of which, I think spammers are going to kill Twitter if it doesn’t die of natural causes before they can do it. It seems like most of the new followers are just the same old pests who nearly ruined e-mail.