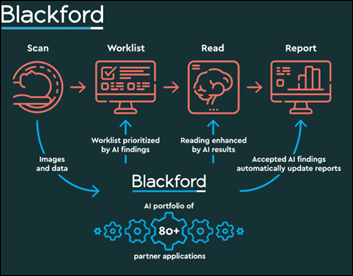 From Jobber: “Re: position seekers. Would you consider sharing a link to the LinkedIn profile of health IT people who are looking for jobs?” I might be willing to do that in a weekly roundup or something, but only for people who explicitly ask me to share their names, previous job, and sought-after position in the briefest of tables along with a link to their LinkedIn that contains all their other information. But first, a question – would this provide value to those who are listed and to readers, or would I just be creating another pointless task for myself?

From Oracular Degeneration: “Re: Oracle Cerner. Mike Sicilia assured the Senate in late July 2022 that the company would move the VA’s implementation to the cloud and rewrite its pharmacy module within six to nine months. We are at six months now, so is it just about done?” I haven’t heard anything about the self-imposed April 2023 deadline.

From Epic TS: “Re: HIMSS. All Verona-based Epic employees will have the opportunity to attend HIMSS this year, so it might have quite the large population of 22-24 year olds.” Interesting, if this report is accurate. It would seem hard to justify opening up conference attendance to 10,000+ vendor employees. 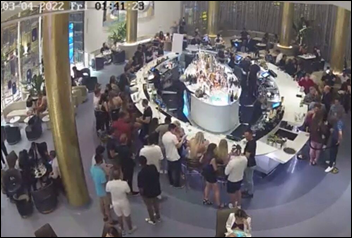 From RunFromThis: “Re: vendor exec pleads guilty. See attached court record.” [Name redacted], senior partner of [health IT consulting company name redacted], was arrested on March 4, 2022 (at the Fontainebleau Hotel in Miami at the start of ViVE-CHIME) and charged with being captured on surveillance video punching the company’s EVP of sales in the nose at 2:00 in the morning at the hotel bar. The information is public record, but I’m still not entirely comfortable running his name and that of his company over a misdemeanor battery charge. However, should you want to read more, enter citation # 202200018175 on this page. The executive-slash-puncher was 6’2” and 300 pounds, according to his arrest report, and the punchee reports on LinkedIn that the blow required emergency surgery that was followed by a quick exit from the company.

The biggest challenge in system implementations or upgrades, at least in some hospitals, is working up the nerve to actually pull the trigger to bring the change live knowing that while some things won’t work right, at some point you have to stop maintaining two systems. That feeling arose with my recent HIStalk server upgrade, where I fully expected issues after dozens of applications and endless custom coding so it would work with new server and database software (the term “deprecated function” comes up a lot). Most everything has been upgraded and/or fixed; web scripts and programming have been modified to work with new versions of PHP, MySQL, and server OS; the virtual firewall is finally working properly; and the new server is faster with more capacity.

Teladoc Health lays off 300 employees, 6% of its headcount, as part of a cost-saving restructuring. TDOC shares have lost two-thirds of their value in the past 12 months versus the Nasdaq’s 26% loss. 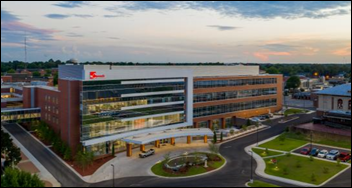 St. Bernards Healthcare (AR) upgrades to Meditech Expanse, assisted by the company’s professional services team. It replaces Meditech’s legacy system, three ambulatory systems, and a patient portal. (Questioning: since the health system is named after St. Bernard Tolomei, why does it incorrectly omit the apostrophe from its name?) 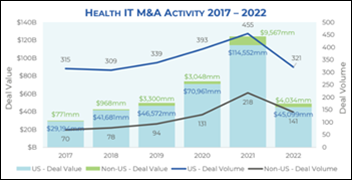 My favorite health IT market review is from Healthcare Growth Partners, which just released its annual report, whose masterfully concise and authoritative writing style always makes me a little bit jealous. Tidbits:

The State of Georgia’s proposed budget calls for $105 million for Medical College of Georgia to implement Epic. The college is part of Augusta University, which is negotiating the transfer of its assets to Epic customer Wellstar. I think the August University Health hospitals are using Cerner. The top reason given by the health systems for partnering was to expand digital health offerings to improve access to care and care personalization.

A case study describes how Brigham and Women’s Hospital uses an electronic handoff tool when transferring patients from ED to inpatient, yielding high clinician utilization and a reduction in clarifying calls to ED clinicians from 51% of admissions to 10%.