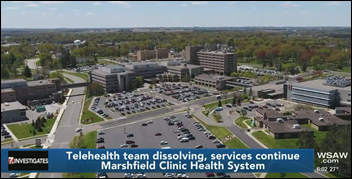 The health system launched the telehealth service in 2001.

Primary care staff will take over the team’s duties, with IT absorbing the technology functions that include several telehealth platforms.

The system has been transitioning from its 30 year-old homegrown Cattails EHR to Cerner over the last year. Marshfield Clinic said in its Q2 2022 report that the move to Cerner, in a project called One System EHR, has caused “greater disruption to reporting and revenue cycle billing and collections than anticipated and the realization of expected benefits from the system has been slower to materialize.”

Carle Health (IL) will transition its Clinical and Business Intelligence team to employment with Health Catalyst, which will continue to provide it with analytical support through 2028.

Business Insider looks at the spectacular unraveling of startup health insurer Bright Health, which went public in June 2021 at a $11 billion valuation but now is worth $600 million as it has downsized to selling policies in just one state. Experts say the company priced its Affordable Care Act plans low to attract members in several markets, but couldn’t manage its costs and processed claims manually even though it bragged on being a technology company.

UnitedHealth Group expects to generate $360 billion in revenue in 2023 with EBITDA of $36 billion. The company expects its Optum businesses (Health for patient-centered care, Insight for technology and analytics, and Rx for pharmacy services) to generate $214 billion of the total.

University of California San Francisco Health and UCSF Dentistry announce they have become the first academic health system in the West to merge medical and dental records into one EHR. 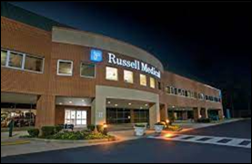 Russell Medical Center AL) converts from Meditech Magic to Meditech as a Service with help from CareCloud’s MedSR division. 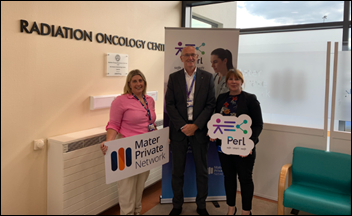 CommonSpirit Health reports that some patient data, particularly of patients of Franciscan Health (WA), may have been compromised during a ransomware attack that forced its nationwide facilities to downtime procedures for nearly a month.

As AIIMS struggles to restore its IT systems after a November 23 cyberattack, reports begin to surface that the 2,200-bed health system in India hasn’t upgraded its computers and IT systems in 30 years. Government officials investigating the attack have reached out to E&Y to find out if its cybersecurity audit of AIIMS earlier this year found any vulnerabilities.