A paywalled Boston Globe article says that Athenahealth CEO Bob Segert is preparing to take the company public for a second time.

Private equity firms Veritas Capital and Evergreen Coast Capital acquired the company in 2018 for $5.7 billion, bringing Segert on as CEO after his stint as chairman of Virence Health, which Veritas owned and combined with Athenahealth as part of the deal.

From A Friend of Abry: “Re: Sensato acquired by Cloudwave. Sources say they paid a high multiple, hoping to create the first end-to-end healthcare operating platform that spans the public/private cloud and on-premise environments and will offer the first network and security solution that is specifically designed for healthcare.” 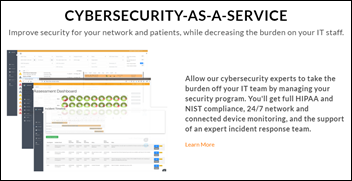 Virtual mental therapy provider Talkspace is reportedly in talks to be acquired by Amwell for $200 million in shares, barely more than the value of its cash on hand and representing a loss of 90% of Talkspace’s value in less than two years. TALK went public in a SPAC merger in June 2021, with shares closing at $9.19 per share versus today’s $0.89 following a 36% jump on the rumor. AMWL shares that closed at $23.07 on their first day of trading in September 2020 are now worth $3.49, valuing the company at $960 million. 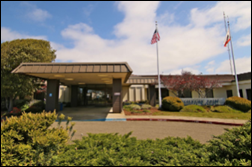 Visage Imaging will offer an adapter to Amazon HealthLake Imaging from Amazon Web Services as part of its Visage 7 Enterprise Imaging Platform.

Canon launches Canon Healthcare USA, hoping to strengthen its business in imaging diagnostics, health IT, and in vitro diagnostics.

ProPublica looks at how half of Americans die while under hospice care, with a lack of regulation encouraging fraud and exploitation that has turned hospice care into a $22 billion industry that is mostly paid for by federal taxpayers via Medicare. Salespeople knock on doors in low-income areas offering free medications and housekeeping services in return for allowing their chronic conditions to be portrayed as fatal. The authors note that hospice companies get the highest rate of return for the least amount of work of any healthcare sector, with per-day payments requiring only twice-monthly visits, for which a hospice with only 20 patients can generate $1 million in annual revenue. A previous study found that 12% of hospice patients were not visited in their last two days of life and that for-profit hospices regularly discharge patients whose life has extended long enough to raise Medicare suspicion. An attorney says that expecting whistleblowers to keep for-profit hospices honest places “a ludicrous amount of optimism in a system with a capitalist payee and a socialist payer.”

A Washington Post opinion piece says that US healthcare inefficiency subsidizes the rest of the world, as profit-seeking providers and a lack of price controls allows drug, device, and IT companies to make most of their profits here and sell elsewhere for a fraction of our price. The US has 4% of the world’s population but 50% of its $8 trillion healthcare economy. 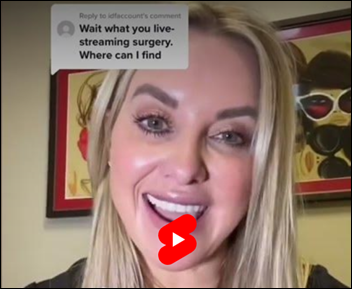 The State Medical Board of Ohio suspends the license of plastic surgeon Katharine Roxanne Grawe, MD for violating rules pertaining to maintaining patient privacy when sharing photos or video via social media, and for inappropriately treating and/or failing to appropriately treat three patients who suffered severe post-surgical complications. The board specifically notes Grawe’s repeated failure to cease live-streaming surgical procedures, during which she responded to viewer questions and comments in real time.