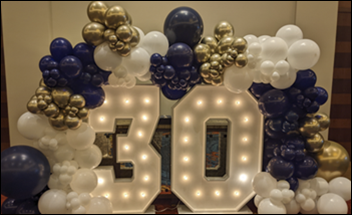 Since leaving CHIME, I’ve been dodging sketchy airline schedules, some urgent priorities at home, and snow. I finally have a few minutes to reflect on my first CHIME meeting, which overall was successful in my book.

The general conference vibe was laid back. Most of the non-vendor attendees have substantial healthcare IT experience under their belts and didn’t seem to have anything to prove, so that may have been part of it.

Sunday and Monday were the inaugural “Innovation in Clinical Informatics” sessions, which were great for learning about the challenges that other clinical informaticists are facing. A couple of thoughts stuck in my brain:

One final thing really caught my attention, and that was discussion about the need to deliver “delightful” patient experiences. Based on my recent adventures in healthcare, I’d settle for “decent” or “passable” rather than the “awful” experiences I’ve been having. That imaging result that was supposed to be released within 24 hours actually took six days to release via the patient portal, and when I returned home, I found a paper result waiting for me that had been mailed the day after the study and arrived two business days later. Something is wrong when you get your results via snail mail faster than via the patient portal. 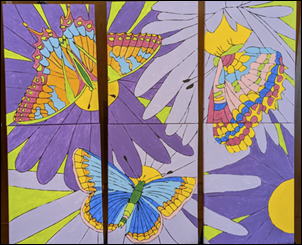 During the conference, participants had the chance to paint a panel that will form a mural to be hung in a multi-assistance care center providing collaborative care and centralized services for individuals with special needs. The painting project was sponsored by CDW.

Tuesday was the opening keynote, with a celebration of CHIME’s 30th anniversary and an early morning champagne toast. Following awards and recognition, the guest speaker was introduced. Sophia is an “advanced humanoid” robot who was advertised as being able to wow audiences with “her superhuman intelligence and advanced ability to read faces, empathize with emotions, understand the nuances of language, and communicate with thousands of facial expressions. Unfortunately, Sophia seemed to encounter a glitch and the audience was asked to take a 15-minute break while they tried to get her back online. One can only presume that while we were out of the room, they tried turning her off and back on again. She wasn’t much better after the break, using mostly what seemed like canned segments of speech. Based on her performance, I don’t think we have to worry about robots taking over the world just yet.

The rest of the day and into Wednesday was a mix of engaging sessions, meet-ups with colleagues, and a couple of focus groups. Although generally the focus groups provided an opportunity for good discussion and learning about what other CIOs and CMIOs are facing in their organizations, one session became challenging. I couldn’t believe I was watching one participant troll another by making snarky comments about an organization’s challenges, knowing that the leader of the struggling organization was sitting right next to him. It just goes to show that it there’s a lot of variety in leadership skills. I hope that particular individual plays nicer with his colleagues at home than he did in the focus group. 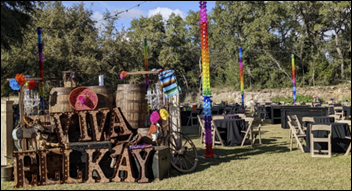 The San Antonio spirit was strong as staff worked on the setup for Tuesday night’s reception and dinner. 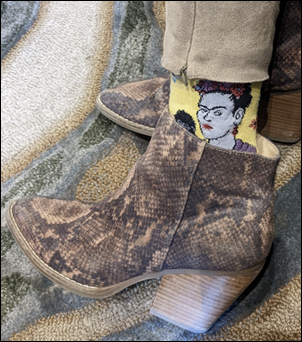 For those of you looking for wardrobe and shoe reviews, in general the mood was subdued. Lots of jeans and blazers, but since this was my first time attending, I’m not sure if that’s usual for this conference or if it had something to do with the fact that emails were sent telling folks to bring their jeans and boots. The League of Women session had some fine shoe options including sassy espadrilles, kicky boots, strappy sandals, and “trust me, I mean business” pumps. I opted for some low-key loafers, although I did pull out the boots for the Wednesday night event.

The event was held at the Knibbe Ranch, which is about 30 minutes from the conference center. Not only were cowboy hats and western boots out in full force, but there were also several people wearing Woody costumes from “Toy Story.” As guests stepped off the buses, they had the opportunity to have a photo taken with genuine Texas longhorns. Dinner had a distinctly cowboy flair and was served from buffet lines that contained more cast iron than I’ve seen in one place in a long time (and I’ve seen a lot of cast iron). The bars were serving several Texas beers as well as the usual libations, and dessert of course included pecan pie. Attendees had the opportunity to relax with games of horseshoes and cornhole, along with a campfire. 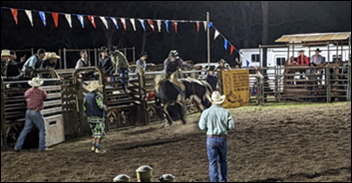 The main event of the evening included an honest-to-goodness Texas-style rodeo, courtesy of the Lester Meier Rodeo Company of Fredericksburg, TX. In talking with some of the attendees from the UK, they’ve never seen anything quite like it. The rodeo opened with the traditional grand entry and flag processional, followed by bull riding, barrel racing, more bull riding, and of course rodeo clowns. Having spent several years in Texas and having attended a variety of professional and amateur rodeos, I have to say this was some of the wildest bull riding I’ve seen. I think only one or two contestants managed to stay on the full eight seconds, and several looked like they needed medical attention after having difficulty releasing their grips after being thrown or dismounting.

Often a rodeo will have an event called a calf scramble, where children compete to try to catch a calf with only a rope and their wits. I strongly suggest a CIO calf scramble for future rodeos, with proceeds to charity. It would definitely add a healthcare IT twist to the festivities. The rodeo concluded with a fireworks display and guests moved back to the dance hall for music, dessert, s’mores kits for the campfire, and plenty of line dancing. 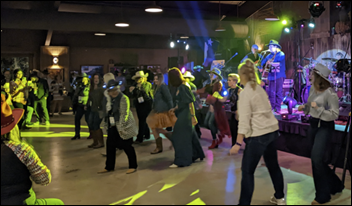 I headed home Thursday morning, missing the final keynote but making it back in time to take care of some afternoon meetings, run a couple of loads of laundry, and begin packing for HLTH. It’s warmer in Las Vegas than it is at home, and I’ll have the opportunity to connect with friends I haven’t seen in years, so I’m looking forward to the bit of travel.