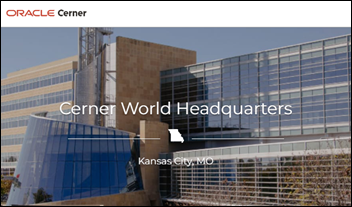 Oracle will close the former Cerner world headquarters and its Realization Campus in Kansas City, MO, consolidating employees from those locations to its Innovations campus as it reduces its footprint as the city’s largest private employer.

From Doctor and Professor: “Re: Teladoc. We moved to its Solo virtual care platform from Teams. Clinicians are constantly frustrated and several have quit because they can’t deliver good care using the platform. It lacks features that Teams, Zoom, etc. have. You can’t set up backgrounds, share documents, or easily add people to the session. Only 10% of my recent sessions were free of major problems, such as dropped connections, erratic video, and being forced to use telephone audio due to drops and lags. The support people use a standard script that tells both clinician and patient download their app (its advantage was supposed to be that no app is needed), they tell you to plug your device into a charger, they recommend using a hardwired Ethernet connection and wired headsets, and they tell you to warn patients not to use the device for anything else and to turn off all messages while waiting for their session to start. Basically anything to avoid admitting that their system has problems.”

Attention HIStalk sponsors that are participating in the upcoming HLTH conference: complete this form by next Wednesday (November 9) to be included in my online guide. The company says it has 800 sponsors, which is up there in HIMSS conference territory. It will be interesting to see how its “open show floor,” which apparently dumps education sessions and exhibits together in the same hall, works out for attendees and vendors. 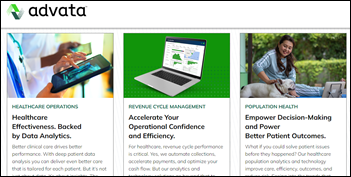 Health analytics vendor Advata, which Providence formed in June 2022 by merging six companies from its Tegria business, lays off 32 of its 150 employees. The merged companies were Kensci, Colburn Hill Group, Alphalytics, Lumedic, Quiviq, and MultiScale. Advata CEO Julie Rezek was hired from Facebook and has spent her career in advertising. 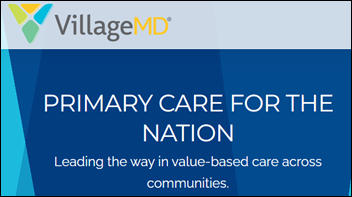 Walgreens-controlled primary care provider VillageMD is discussing a merger with private equity-backed Summit Health that would value the combined entity at up to $10 billion. VillageMD operates Village Medical offices at 200 Walgreens pharmacies, while Summit Health and its urgent care practice CityMD have 2,500 providers working from 340 locations. 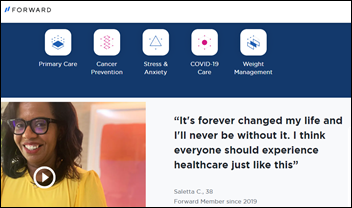 Forbes profiles Forward Health, which offers primary and preventive care memberships in 10 states for $149 per month with no insurance accepted. The company, which was formed by two former Google employees and has attained a billion-dollar valuation, says that one-third of its members are uninsured, either because they don’t like the concept of health insurance or can’t afford the premiums. Forward’s technology-heavy approach uses full body biometric scans, wearables, DNA testing, and AI-powered algorithms that it says reduces its need for specialists and allows much of the in-office exam to be conducted by an administrative assistant. Trustpilot has some interesting reviews.

HelpAround, whose platform connects drug companies with patients, renames itself to RxWare.

Anna Yakovenko (Advisory Board) joins the American Medical Association as VP of research and insights. 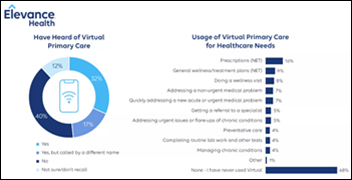 A study by Elevance Health, formerly Anthem, finds that 94% of people who have used virtual primary care are satisfied with their experience. Non-users believe that doctors need to see them in person or aren’t sure if their visit will be covered by insurance.

The local paper covers the planned Epic go-live of Albany Med Health System (NY) in 2024. I think that Albany Medical Center and maybe others in the group are using Allscripts, while Glen Falls Hospital had big revenue drops and layoffs in 2018 following its “catastrophic” rollout of Cerner, which resulted in a lawsuit that was settled.

Drugmaker Pfizer raises annual sales forecasts for its COVID products – $34 billion for vaccine and $22 billion for Paxlovid – and will increase the price of its vaccine, which will end up priced at double its launch price in December 2020.

Redpoint Summit, whose products provide “EMR personalization at scale,” releases an AI-powered EHR add-on that speeds order entry by suggesting a given provider’s most commonly used medications, which it co-developed with Nebraska Medicine.

An orthopedic group achieved high response rates for EHR-tracked patient-reported outcomes measures following total knee and total hip surgery, but care teams actually looked at their data in fewer than 1% of encounters. The authors conclude that making PROMs available for care team review in the EHR isn’t enough to encourage their clinical use. 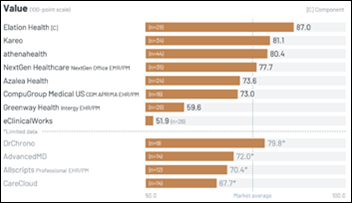 A new KLAS report on EHR/PM for ambulatory practices of 2-10 physicians finds that Elation Health, NextGen Healthcare, Athenahealth, CompuGroup Medical, and Azalea Health deliver best in providing the desired functionality and value. AdvancedMD users report steady improvements in technology, while those of EClinicalWorks express frustration with training and support.

The VA awards Accenture Federal Services a spot on its five-year, $650 million contract to fast-track innovative healthcare technology solutions that can scale for clinical use.

A major hospital in Japan suspends non-emergency services after its EHR is taken offline in a ransomware attack. The hospital’s director admitted that “the quality of surgeries might be lowered.”

The legacy EHR of Ascension St. Vincent’s Coastal Cardiology (GA) is breached in a ransomware attack that did not affect its production systems. 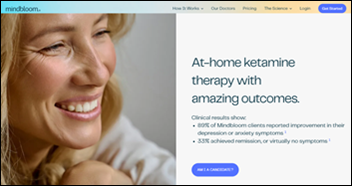 Psychiatrists express concern that startups are prescribing ketamine – best known as a powerful anesthetic and party drug – for off-label treatment of serious mental health conditions such as depression, anxiety, chronic pain, and OCD with minimal oversight.