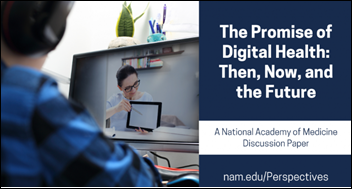 From Das Kapital: “Re: slow news days. I’m disappointed when there’s not much news to read in HIStalk.” That’s a feature, not a bug. Unlike most news sites, I have no incentive to pad out the good stuff with junk to draw clicks or increase time-on-page numbers. My gift to you on those slow news days is time that you can reallocate.

Meanwhile, that’s a reminder for me to offer the annual Summer Doldrums first-year, extra-months deal for new sponsors. If your company is failing to reach decision-makers; was surprised to learn that your since-departed junior marketing person ignored our renewal emails and got you cancelled; or is a small startup, Lorre can hook you up. You get a year’s worth of exposure for less than what some companies spend on Starbucks for conference booth staff.

From Oracle of Secrets: “Re: Oracle Cerner (still feels weird to write that). Larry’s reading of marketing mumbo jumbo about quality and cost improvements with the acquisition wasn’t convincing.” You should assume until proven otherwise that Oracle’s entire interest in buying Cerner is (a) to boost sales of Oracle’s existing products, especially cloud services, by getting (or making) Cerner users replace anything from Oracle’s big tech competitors Microsoft, Google, Amazon, etc.; (b) to sell more Oracle products such as ERP into the Cerner market; (c) to gain access to a supply of de-identified patient data that can be used from everything from AI training to selling on the open market; and (d) to get a bit closer to massive healthcare spending in both the US and elsewhere. Oracle may do great work in healthcare, but market precedents aren’t encouraging. It will be interesting to see how hard Oracle upsells into the Cerner client base and whether that drives clients to Epic, which by the way already offers a lot of what Larry was extolling. Readers, what is your experience with Oracle as a vendor?

Listening: Turnstile, Baltimore-based, high-energy punkish rockers who I found accidentally who then made a big splash at Glastonbury this week. They kind of remind me of Rage Against the Machine, but they can take an enjoyable hard turn from scrapping with throngs of on-stage mosh pit divers to playing thoughtful melodies.

I talked to a HIMSS insider about recent changes there. Notes from our chat, with the usual disclaimer that this is one non-anonymous person’s opinions and observations that have not been confirmed: 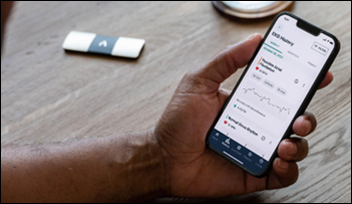 A trade court judge rules that Apple infringed on AliveCor’s atrial fibrillation detection technology, a decision that if affirmed by the International Trade Commission, could force Apple to stop selling Watch in the US or to remove the disputed technology.

PicnicHealth raises $60 million in a Series C investment round, bringing its total funding to over $100 million. The San Francisco-based startup uses de-identified patient data culled from its PHR offering to build datasets for research.

App-enabled at-home and point-of-care testing company Cue Health will reportedly lay off 170 employees, citing economic hardships and a shrinking market for COVID-19 testing. The company had signed testing contracts with the NBA, MLB, and HHS, among others, during the height of the pandemic.

Hartford HealthCare (CT) spins out H2O, a cloud-based predictive analytics company focused on offering providers insight into patient length of stay, and patient flow through the emergency department and during surgery. The software, developed in collaboration with MIT professor Dimitris Bertsimas, PhD, will be offered commercially by the end of the year. 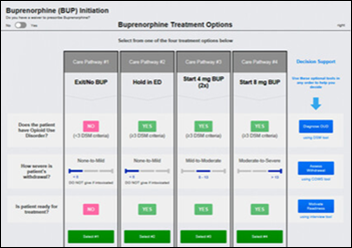 The Government Accountability Office recommends that HHS develop a way for covered entities to offer feedback on the breach reporting process. Hacking and IT incidents have increased by 843% since 2015, while unauthorized access and disclosures have increased by 43%.

An Insider investigation of virtual mental health startup Cerebral finds that the company ran itself without regard to clinical standards until the federal government intervened. The report says that the company took on patients it should not have, assigned them to clinicians — mostly nurse practitioners — and other employees who lacked training and oversight, pushed those clinicians to issue prescriptions to 95% of patients, and placed the licenses of its clinicians at risk via its policies and its disregard for state regulations. Insiders say Cerebral’s clinicians sometimes ignored the company’s requirement that they check prescription drug monitoring databases before prescribing controlled substances. Cerebral is being investigated by the DEA, DOJ, and FTC, while health insurers and pharmacies have cut ties. The company at one time had 210,000 active patients and 4,500 employees, with plans to expand to 10,000 employees by the end of this year as it planned to expand into weight loss.

A study concludes that most digital health startups have low levels of clinical robustness, as evidenced by few regulatory filings, clinical trials, and data shared publicly.