Since there have been so many dramatic changes to many workplaces over the last two years, many companies are re-evaluating the meaning of the workweek. I always keep my eye out for articles on this topic, as well as literature from other countries where work-life balance seems to be much higher priority than it is in the US. There have been several writeups this week about a move in the United Kingdom for large numbers of workers to adopt a four-day work week. There are 3.000 workers taking part in a six-month project to assess whether shortening the work week will alter productivity, employee turnover, company revenue, and more.

The article mentions strategies different companies have taken in trying to alter the work week, including streamlining meetings and reducing inefficiencies. Kickstarter, which is small at only 90 employees, has given them Fridays off. I know of quite a few larger companies that don’t necessarily give people Friday off, but instead offer “Focus Fridays” and other themes where employees are supposed to have uninterrupted work time without meetings or distractions. For employees who are self-motivated, this can be a solid strategy. One of the health systems I worked for pre-pandemic allowed employees to work remotely one day each week and I have to say it was some of the most productive time I had, because in the pre-Zoom era, there weren’t any meetings or calls.

Another strategy that I see some companies offering as a means to improve work-life balance is that of unlimited time off. In speaking with friends that work at a large tech company where this is the norm, it can be less of a benefit than advertised, since workers who aren’t accustomed to tracking time off may not take full advantage of the paid time off that they might have received under a more traditional system. Although when these programs were initially rolled out, there was a lot of concern about people abusing it, many companies find that workers actually spend less time away from the office. I’ve worked with plenty of people over the years who only took days off when they were “forced” to in order to get the days off the books.

Other groups are offering dedicated days where employees are supposed to focus on self-care. Advocate Aurora Health is one of those, offering “renewal days” where employees are supposed to meet together for support. I found it interesting that their original program was a three-day workshop designed to focus on finding meaning in work while building skills to combat burnout, stress, and compassion fatigue but it has since been compressed into a single-day program. That seems such a parallel to everything that has happened since January 2020, where most healthcare workers are expected to do more with less even in the face of previously unheard-of stressors. I still hear about plenty of healthcare organizations that are trying to combat serious organizational issues through the application of pizza lunches and therapy dogs so I’m not sure we’re making much progress. 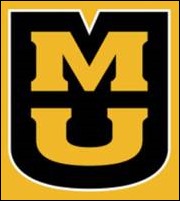 The University of Missouri launches a telehealth program to train rural primary care physicians in the use of Canvas Dx with the goal of supporting autism diagnoses. The tool, from Cognoa, will be added to the platform used by the University of Missouri ECHO Autism Communities Research Team. The group will explore the time it takes from a physician’s initial concern that Autism may be a factor to a diagnostic determination via Canvas Dx. Earlier diagnoses should lead to earlier interventions and hopefully better outcomes for patients and families. The study plans to recruit up to 15 clinicians to evaluate as many as 100 children at risk for autism spectrum disorder or developmental delay. As a side note: has anyone ever noticed that the MU logo contains a mule? I don’t know how many times I’ve seen the logo but never the mule.

US Representatives Madeleine Dean (Pennsylvania) and Larry Bucshon (Indiana) introduced a bill this week that aims to protect healthcare workers from violence. It is modeled after existing protections created for airline and airport workers. The Safety from Violence for Healthcare Employees (SAVE) Act would make assault or intimidation of hospital employees a crime. Representative Bucshon is a physician, so I’m disappointed that the bill appears to focus on hospital workers and not on the tens of thousands of healthcare workers in other locations where they might be even more vulnerable, including ambulatory offices and home care. Workers in those locations don’t have anywhere near the level of security or assistance found in the average hospital. As a healthcare worker who was left out of vaccine allocations because I didn’t work for a hospital (despite delivering a high volume of COVID care) it looks like we haven’t learned and will continue to propose short-sighted policies.

One of my healthcare providers recently notified me of a data breach that may have exposed my personal health information. According to the documentation, the organization learned that an “unauthorized person” gained access to a subset of employee email accounts over a more than three-week period. Investigators were not able to determine whether emails or attachments were actually viewed, but the emails included data on both patients and research subjects including names, birth dates, addresses, medical records, insurance information, Social Security numbers, and more. It’s not clear now many patients have been impacted but they promise to reinforce training on avoiding suspicious emails and to make enhancements to email security, so it seems obvious to me how the breach occurred. Depending on what data might have been exposed, some patients will receive credit monitoring and identity protection services. Regardless, it’s going to be unnerving for many of us for a long time to come. At this point I get a breach notification every year or two, so it seems there is a lot of opportunity for improvement among the various members of my healthcare team.

Judging from my social media feeds, many people are taking advantage of what they perceive to be a “normal” travel season. I’ve seen plenty of pictures from amazing places, but my own summer will be a little low key this year. I’m juggling some big projects and a go live, so I’ll only be occasionally off the grid. It just gives me more time though to plan the next big adventure.

What are your summer travel plans, or are you going the staycation route? Leave a comment or email me.