3M is reportedly seeking a buyer for its Health Information Systems revenue cycle and software business.

Let me get this straight. Health systems claim their big-ticket EHR purchase will improve outcomes and patient safety. When those systems go offline for days or weeks, they declare that going back to paper-based downtime procedures is a non-event that doesn’t put patients at risk. This is where the cynical you wants to speak up. I’ll also add for those without hospital IT experience that the real danger is in the recovery phase, where systems are brought back up with old and missing information and all hands are frantically back-entering orders and hoping they don’t get treated as new ones.

Also for your cynical consideration, the American Telemedicine Association is giddy at the prospect of ditching its virtual conference format and meeting in person next week in Boston.

I was reading about an upcoming White House plan to resettle Ukraine refugees in the US using sponsors who would be responsible for much of the logistics and cost to move a family here. One of many unfortunate barriers is a healthcare one – would you risk your family’s financial security to take on the health insurance premiums and medical costs of a family who is relocating for years to the only developed country that doesn’t offer national health insurance?

Biofourmis secures $300 million in Series D funding, increasing its total raised to $445 million and bringing its valuation to over $1 billion. The company, which specializes in predictive analytics-based remote patient monitoring technology, has named former Medtronic and Intel chairman Omar Ishrak chairman of its board.

UnitedHealth will sell Change Healthcare’s ClaimsXten claims payment and editing software business to TPG Capital for $2.2 billion if its acquisition of Change is finalized. 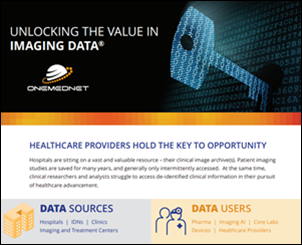 Imaging real-world data vendor OneMedNet will go public via a SPAC merger at a valuation of $317 million. Paul Casey will remain as CEO. 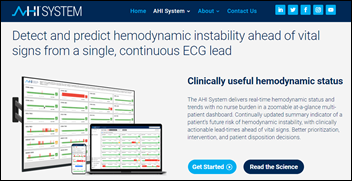 AirStrip invests in clinical analytics company Fifth Eye as part of a collaboration that will include integration of Fifth Eye’s AHI System with AirStrip’s real-time clinical data platform for inpatient surveillance.

St. Lawrence Health (NY) will go live on Epic this weekend through its affiliation with Rochester Regional Health. 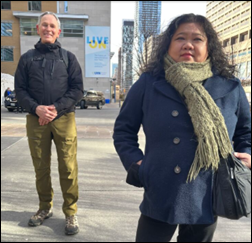 University Health Network in Toronto will go live on Epic in June. The health system incorporated guidance from 80 patient partners in its configuration of the new software. 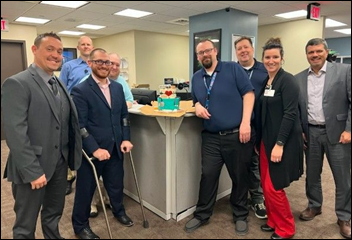 Rhodes Group, a laboratory software and consulting business, uses InterSystems Iris for Health to aggregate and normalize hepatitis C data from labs across New Mexico to support sharing with providers through the state’s HIE. 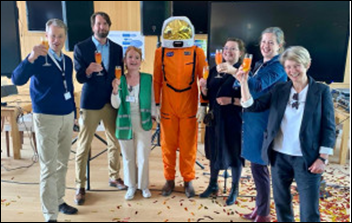 In the Netherlands, Amstelland Hospital becomes the first hospital in Europe to implement Epic under the Epic Connect model.

The White House’s plan for expanding access to COVID-19 treatments such as oral antivirals includes working with EHR vendors, with Cerner and Epic specifically mentioned, to incorporate or antiviral treatment content and availability information.

VA Secretary Denis McDonough expresses confidence that the agency has the budget needed to complete its projected 10-year, $16 billion rollout of Cerner, despite a new OIG report that estimates it will need an additional $2 billion for every year that implementations runs behind schedule.

New Hampshire regulators say that the board of the non-profit parent company that owned failed Lakes Regional General Hospital and Franklin Hospital should have reined in hospital executives who undertook an aggressive expansion and a $42 million implementation of Cerner as an aging local population increased the Medicare and Medicaid share of the money-losing hospitals.

A study describes how clinical radiologists at NYU’s medical school create videos explaining a patient’s imaging results in plan language with annotations, then post them to the patient portal for both patients and referring providers. The one-minute videos take the radiologist about four minutes to create using a PACS-integrated reporting tool. On the downside, three-fourths of the videos were never opened and 91% of surveyed patients said they preferred both a written and video report. I’ll also add that the sample video report was full of unnecessary jargon (like bone names) delivered in a monotone. 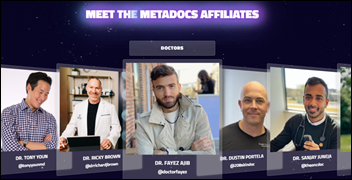 Maybe this is telehealth’s jump-the-shark moment. A group of doctors who are famous on TikTok and Instagram sells memberships – in the form of NFT cartoon icons — in what one founder hopes will become a metaverse-powered virtual clinic. MetaDocs and its providers, such as Dr. Pimple Popper, is taking heat because the company is not licensed as a telemedicine service and its doctors aren’t licensed in all states, meaning the social media stars can’t legally offer paying customers prescriptions or medical advice. Medical toxicologist Ryan Marino, MD comments commendably drily, “If your child is in respiratory distress in the middle of the night, having a surgeon famous for dancing on TikTok text you might not be that useful.” The company is quickly developing a user waiver that its service is for “informational purposes only” and refocusing its virtual clinics on “third-world countries” that presumably have a short supply of both doctors and lawyers. The company’s website says it plans to act as a connection among doctors, Web3, and healthcare, contributing ideas related to blockchain-powered EHRs, tokenizing services and procedures, and the overall digitization of healthcare. 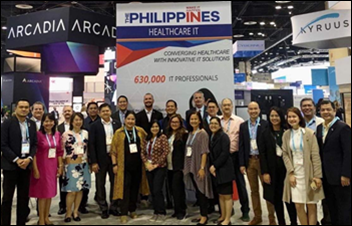 One of my favorite booths at the HIMSS conference is always that of the Philippine Delegation, some super-nice folks who describe the advantages of health IT outsourcing to the Philippines and remind us that they provide more US nurses than any other country outside the US. They report a good HIMSS22 exhibit experience, expecting sales of $30-$40 million from 300 leads, 25 deals that have already closed, and four new partnerships. 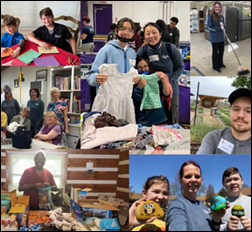