Tenet Health complains to a South Florida TV station that it is “preposterous” to suggest that charting on paper during EHR downtime could cause medication errors.

The TV station’s report on downtime at two of Tenet’s South Florida hospitals included comments from a patient who was being treated at the time. He expressed concern about errors when he noticed that WiFi was down, staff had to go outside to use their phones, nurses were charting on paper, and one nurse dropped a big stack of manual records.

Tenet asked WPTV to remove the story and to “maintain a higher level of integrity when reporting on this topic moving forward.” WPTV told Tenet to take a hike.

Few poll respondents are interested in revisiting HIMSS22 electronically, so I feel vindicated that I’m not the only one to choose the “none of these” option. You would have thought in Orlando that the whole world was breathlessly awaiting the release of conference-related podcasts and videos given the phalanx of A/V warriors armed with microphones and cameras who were pontificating theatrically to each other all over the convention center.

New poll to your right or here: Which factor will most influence whether AI has a significant healthcare influence in five years? I didn’t include every possible factor, so feel free to click the poll’s “comments” link to argue for something I omitted.

April 22 (Friday) 1 ET. “CMIO 3.0: What’s Next for the CMIO?” Sponsor: Intelligent Medical Objects. Presenters: Becket Mahnke, MD, CMIO and pediatric cardiologist, Confluence Health; Dale Sanders, chief strategy officer, IMO. The relatively short history of the CMIO role includes Version 1.0 (EHR implementation, Meaningful Use, and regulatory compliance) and Version 2.0 (quality and efficiency). Version 3.0 is at the forefront of predictive analytics, population health initiatives, and optimization of data-driven tools. The presenters will discuss the digital revolution’s impact on CMIO responsibilities; the connection between clinical informatics, analytics, population health and the CMIO; and how CMIO 3.0 will be involved in the adoption of advanced technologies.

Spokane VA officials confirm that a veteran was hospitalized with heart failure in March after his heart medication prescription – which was ordered a year previously, before Mann-Grandstaff VA Medical Center’s conversion to Cerner  – disappeared off his Cerner active medication list and was not renewed. The incident has been classified as a sentinel event that had the potential to cause significant patient harm, although in this case the veteran was discharged, apparently well, after a five-day inpatient stay. The VA expires all prescriptions after one year and suspects that the heart drug was already discontinued before Cerner was went live, adding that it remained visible on Cerner’s “historical medications” screen. Five Mann-Grandstaff clinicians say they have seen the problem of prescriptions expiring and disappearing from the meds list, but weren’t adequately trained on the process. The VA’s VistA system that Cerner replaced also expired prescriptions after one year, but left them on the active medication list to prompt providers to renew them when appropriate instead of dumping them onto a historical list of inactive meds that could go back years.

Canada’s Newfoundland and Labrador — which is running a 1980s-era Meditech Magic system that is no longer enhanced — hasn’t followed through on recommendations that it upgrade to a new version of Meditech in a $92 million project that auditors say would more than pay for itself.

Quebec’s health ministry apologizes for tweeting a link to COVID-19 statistics that actually pointed to a foot fetish video site. One might reasonably speculate that the government’s social media person had the site open while tweeting and copied the wrong URL, which should raise some interesting internal discussions. 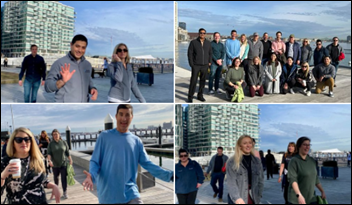