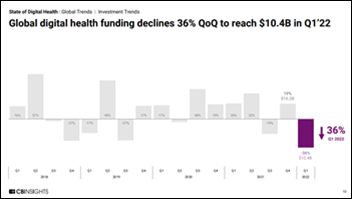 I apologize that several companies sent urgent phone and email messages to Lorre on Tuesday after I mentioned that my top-of-page ad banner is available for the first time in years. I didn’t expect that much interest in committing immediately. The fairest way we could think of was to go with the earliest timestamp.

I had plans to offset my slacking off at HIMSS22 by watching some recorded education sessions online, but I’m finding that my indifference has transformed from in-person to virtual. I haven’t looked at anything related to the conference since I left Orlando and most likely won’t. Beyond official education sessions being recorded, it seemed like half of the conference attendees were bantering with the other half for their dopey podcasts and video interviews, so I doubt the limited interest in consuming them is increasing as weeks go by.

Speaking of HIMSS, I checked to see if anything was happening on Accelerate (not much that I saw), but I was surprised to see a newly posted pitch for a paid networking group by HITLAB that costs from $99 to $1,999 per year. I’m not sure the industry needs another option “for individuals in healthcare looking to amplify their brand impact” or how that business might compete with that of HIMSS, and if so, why it is being promoted on a HIMSS platform. I don’t know anything about HITLAB except they used to run an innovation contest with AARP.

April 22 (Friday) 1 ET. “CMIO 3.0: What’s Next for the CMIO?” Sponsor: Intelligent Medical Objects. Presenters: Becket Mahnke, MD, CMIO and pediatric cardiologist, Confluence Health; Dale Sanders, chief strategy officer, IMO. The relatively short history of the CMIO role includes Version 1.0 (EHR implementation, Meaningful Use, and regulatory compliance) and Version 2.0 (quality and efficiency). Version 3.0 is at the forefront of predictive analytics, population health initiatives, and optimization of data-driven tools. The presenters will discuss the digital revolution’s impact on CMIO responsibilities; the connection between clinical informatics, analytics, population health and the CMIO; and how CMIO 3.0 will be involved in the adoption of advanced technologies. 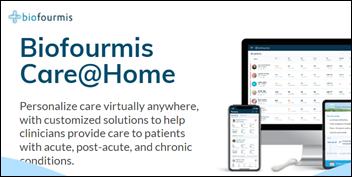 Biofourmis will reportedly receive an investment from General Atlantic that will value the company at over $1 billion.

Healthcare compliance and learning platform vendor MedTrainer raises $43 million in a Series B funding round. 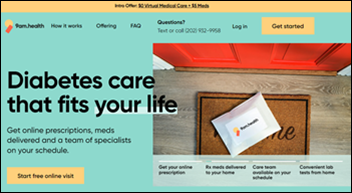 Virtual diabetes clinic 9am.health raises $16 million in a Series A funding round. 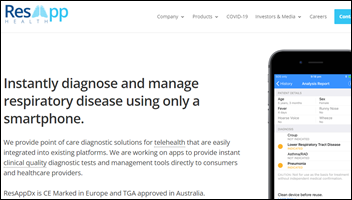 Northwell Health and startup studio Aegis Ventures launch Ascertain, which will develop and commercialize healthcare AI companies. The company will use $100 million in seed funding to develop product ideas, commercialize scientific developments, and partner with foreign companies to bring their offerings to the US. 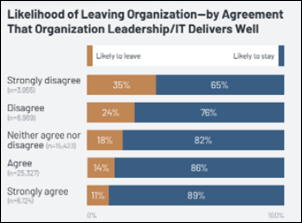 Mayo Clinic launches an observational study to determine if Apple Watch ECG and symptom reporting, as sent to an Epic dashboard, are good enough to support AI-powered diagnosis of cardiovascular problems.

ED doctors diagnose a 20-year-old man with breathing problems and chest pain with a lung air leak problem that is usually caused by violent coughing or strenuous exertion. His etiology was the latter, with an asterisk – he admitted that he was stricken during a vigorous session of self-gratification. He went home four days later, having learned unknown lessons.