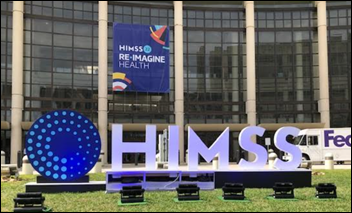 It was quieter and cooler in the exhibit hall today, which was more enjoyable to me. I expect it will be really slow and laid back Thursday, but I’ll remind booth reps that the last day is when decision-makers sometimes emerge to roam unfettered among the thinned exhibit hall crowds. Also, the HIMSS conference is a great place for companies to find partners, and that too is easier and thus possibly more likely on the last day. Don’t just pile up luggage and clock-watch.

I saw very few booth reps immersed in phone-land yesterday and today, which was encouraging. It felt like more reps were not only more heads-up in noting their surroundings, but also making eye contact and offering greetings. As basic as it sounds, sometimes you pass a booth and feel unwelcome because nobody looks up or acknowledges that you are standing there clearly waiting for assistance while reps look phoneward or gab with each other.

I realized today that I’ve yet to see even one instance of HIMSS22 fist- or elbow-bumping as handshaking is back as the standard. Also rarely seen is attendees picking up hand sanitizer giveaways. COVID-19 spread is almost entirely via the respiratory route, so it makes sense to worry less about spreading by touch. Wearing masks would be a theoretically good idea given that HIMSS didn’t require a negative COVID test, but sightings of those are rare.

Another item that is MIA – at least in my limited convention center travels – were those ball cap-wearing people sticking Healthcare IT News print copies in your face at every opportunity. Maybe they don’t do that any more.

I asked several exhibitors how the conference was going for them. Most common answer: “slow,” but they were trying to be upbeat about it. One exhibitor who was worn out from doing ViVE last week and said they didn’t feel that conference was worth it because few providers came to the exhibit hall, so they were a lot happier with HIMSS22.

I’ve heard from attendees of recent conferences that some people are annoyed with the member organization CEO inserts themselves into scripted entertainment or oratory in the opening session. I’ve also observed this over the years and have been kind of turned off. I think the CEOs of those member organizations forget that 99% of members don’t know or care who they are, so trying to serve as a highly visible host or presenter causes eye-rolling because that’s not why people attend. Certainly an organizational update or report is welcome if it’s short and not too “insider,” but the conference is a separate entity from the group’s leadership to most people and taking a self-congratulatory victory lap as the group’s executive doesn’t play well. I don’t go to a concert expecting to see the CEO of the band’s record label make a speech. 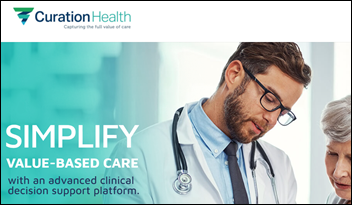 Curation Health was excited about becoming a new HIStalk Platinum Sponsor, so I feel bad that I forgot to mention them in Tuesday’s various posts because it was late and I was tired. Jenn will give them the full introduction in Thursday night’s news, but I’ll acknowledge them now with thanks. Curation Health was founded by a team of healthcare veterans and clinicians to help providers and health plans effectively navigate the transition from fee-for-service to value-based care. Its advanced clinical decision support platform for value-based care drives more accurate risk adjustment and improved quality program performance by curating relevant insights from disparate sources and delivering them in real time to clinicians and care teams. With Curation Health, clinicians enjoy a streamlined, comprehensive clinical documentation process that enables better clinical and financial outcomes while simultaneously reducing clinical administrative burdens on providers. The company takes pride in combining the flexibility and speed of a startup with decades of leadership experience and know-how from roles in leading services companies including Clinovations, Optum, Evolent Health, and The Advisory Board Company. Thanks to Curation Health for supporting HIStalk. 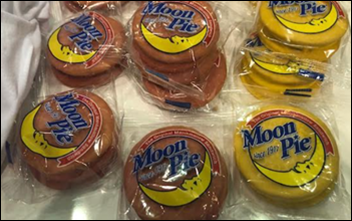 People from Mississippi-based Howard Medical were giving out Moon Pies in various flavors. My flavor choice was yellow. 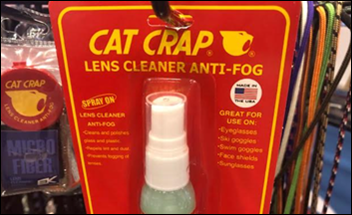 Alan from EK USA explained that Cat Crap is a crazy good cleaner and anti-fogger for glasses that has boomed lately because masks-wearers always struggle with fogged-up specs. I checked out their website and an ingenious offering is Not A Lock, a massive padlock that doesn’t actually lock – bad guys don’t usually actually test a padlock and this fake one prevents the owner from locking themselves out. Problems will always encourage people to create interesting solutions.

The people at Kit gave me a review of their mail-out lab test offering, where patients are sent sampling kits that they then return for lab processing. The list of available tests is short since most labs require venipuncture, so until someone invents a “blood draw at home” technology, they can only go so far in eliminating that particular last mile problem. The company was acquired by Ro last year just 17 months after its founding, with one of the draws (no pun intended) being Kit’s procedure for monitoring the test process so that life insurance companies, for example, can use the results to approve policies without sending someone into the applicant’s home to verify that their testing process was followed. 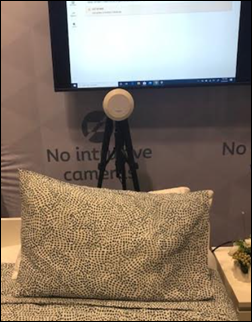 Alpesh from Vayyar gave me a demo of the company’s senior monitoring solution, in which a small device is mounted to a wall or ceiling (it looks like a small smoke alarm) to monitor a patient’s movement without cameras or wearables. The radar-type device uses AC power, covers about 13×16 feet, and updates itself over the air. It can check for falls, room presence, in and out of bed status, and respiration (coming later this year). Providers or companies can design their own alerts and analytics per their specifications. I like this way, way better than phone-powered wearables.

I looked at Visier, which offers “people analytics” that can analyze various HR systems to answer questions about nurse retention, for example, to determine which employees are motivated by career advancement or educational opportunities instead of other benefits such as free parking.

I now know that Innovaccer’s name comes from “innovation accelerator.” It manages data for population health management and pay-for-performance programs. 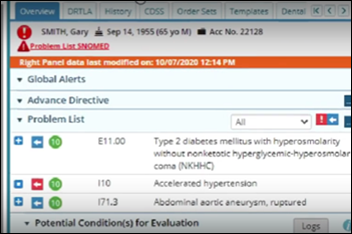 EClinicalWorks has a new product called Prisma that’s like a search engine and singular view for patient records, including those collected through Carequality and claims data. It can also collect and display data from wearables.

ESRI has theater presentations that cover a wide variety of interesting use cases for GIS in healthcare. 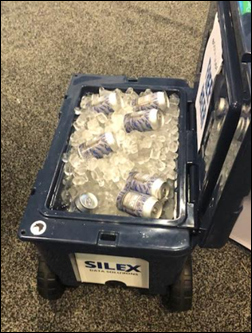 I thought the Silex people were kidding with the “free beer” cooler since it was 11 a.m., but it was the real thing. The beer came from a microbrewery in the company’s Nashville home and the unfamiliar can design meant that one could (theoretically, you understand) roam the hall sipping a cold one around folks who still had egg on their breath. Silex was exhibiting with AbacusOne to offer RCM automation. They weren’t aware that ViVE is coming to Nashville next March and seemed pretty excited about it, as I kind of am since I’ve never been to Nashville except to visit one of my health system’s hospitals near there a few times many years ago. 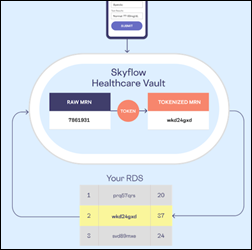 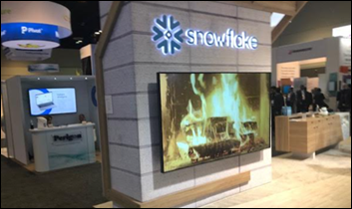 That’s one big fireplace. Or being in the pun-heavy world of health IT, is that FHIRplace? 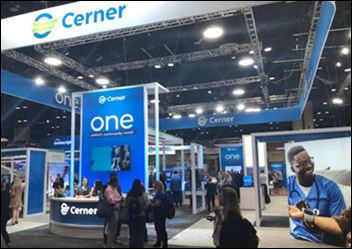 Maybe the two saddest days in health IT were Neal Patterson dying and now to see what is likely the final exhibit of Cerner as an independent company.