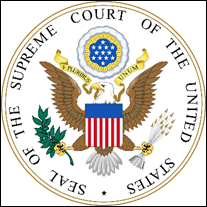 Many physicians are closely watching several cases that are working their way through the US court system, especially those being heard by the US Supreme Court. For anyone who has ever seen oral arguments or read the transcripts, you may have noticed that the justices tend to say what they want to say, and often there is some interesting humor involved. The transcript of Becerra v. Empire Health Foundation did not disappoint. The case questions whether the Department of Health and Human Services followed correct procedures as it created a rule that changed the way Medicare reimbursement rates for hospitals are calculated. Justice Kagan pointed out an issue with the public comment portion of the rulemaking process, asking whether it was “unclear what the commenters thought they were being asked to comment on? In other words, a commenter who said I approve of the status quo, it was unclear whether that was the real status quo or the status quo as mis-described by the agency?”

Justice Breyer tried to reframe the issue, stating “I mean, do I understand this correctly? And the changes I understand it correctly are near zero, okay?” ultimately concluding that “people are exhausted, just like me after reading this case.” Justice Thomas referred to the “indecipherable language,” differentiating the concepts of “entitled to” and “eligible for” while pushing the attorney to explain it in “ordinary language.” Justice Kavanaugh jumped on the bandwagon, explaining the perils of trying to use two different meanings of “entitled” in the same sentence as he illustrated five different problems with the rule. Kavanaugh concludes that “we’ve whacked agency rules for much less than that,” which I found pretty amusing, imagining the members of the Supreme Court as hit people. Trench coats, fedoras, and dark sunglasses, anyone?

I always keep an eye out for articles that look at how companies and individuals are faring with the new normal of working from home. Lenovo has an interesting project in the works that will allow employees to work from one of the most remote locations on Earth. The Work for Humankind Initiative will support volunteers willing to work remotely from an island that is 400 miles of the coast of Chile. Lenovo has been upgrading the technology infrastructure on Robinson Crusoe Island and has built a shared workspace that will be come a community hub once the project is over. Project organizers are looking for volunteers with diverse skill sets who can help support the local community and volunteer 20 hours per week while on the island.

Successful applicants will spend four weeks on the island, from March 1, 2022 through April 10, 2022, and the dates include a 10-day quarantine on arrival. They must be fully vaccinated and willing to undergo COVID-19 testing three times weekly if selected. Finalists will undergo health, background, and psychiatric checks. Of course, the project will feature all the latest and greatest technology from Lenovo, so dedicated Apple users might want to think twice about applying. Interested parties can apply prior to December 30. It sounds intriguing – I’ll have to see if my current consulting gig would consider letting me head south.

From Job Hunter: “Re: sex work. It’s not the kind of healthcare technology piece we usually talk about, but did you see this article about healthcare workers who are leaving the industry for online sex work?” The Medscape article talks about healthcare workers who are struggling to make ends meet and turn to sites such as OnlyFans to supplement their income, or who give up their healthcare careers entirely. One featured UK-based worker made the equivalent of his annual healthcare salary in 22 days using OnlyFans. A featured New York-based emergency medical services worker turned to the site to supplement her income during the pandemic, leading to friction when her co-workers found out. The article goes on to point out the potential of encountering medical students who engage in sex work, which reminded me of the fictional Izzy Stevens in the TV hit “Grey’s Anatomy,” who paid for school by working as a lingerie model. The idea seemed vaguely scandalous at the time, but these days nothing is shocking.

Speaking of burnout and stressed clinicians, a new KLAS report finds that electronic health records might not be the top cause of clinician burnout any more. Nearly 20% of burned-out clinicians list COVID-19 as a top reason. Physicians most commonly list chaotic work environment as a central cause, where nurses cite after-hours workloads. I’m not surprised by the latter based on conversations with my nurse friends, who never get out of work on time and almost universally are looking for new jobs. This matches the KLAS data that shows that since the pandemic started, the percentage of nurses who are likely to leave their organizations in the next 24 months has increased.

My close nurse colleagues have grown tired of having to provide float coverage to patient care units where they might not be fully trained or experienced to care for the patients they’re assigned. I’ll never forget the first night my bestie had to float from the mother/baby unit to an assignment of mostly male medical/surgical patients. There were lots of questions coming my way all night long since the nursing pool was so scarce that she barely had colleagues to ask. I’m always happy to be the phone-a-friend, but the float situation went on for months until enough nurses quit over it that the administration had to reconsider. It’s a shame they didn’t make a better decision earlier before they lost a good chunk of their staff and had to pay exorbitant rates for travel nurses to provide coverage.

COVID-19 cases are rising in my community, and I’ve decided to head back into the clinical trenches on a very part-time basis, providing some cross-coverage for a Direct Primary Care physician while she takes some much-needed time off. It’s a different model than I’ve ever practiced in, and I can’t wait to see what the charts look like when a physician gets to write their notes purely for the sake of patient care and not for billing or any other reason. She uses an EHR I hadn’t heard of before now, and I always love to see how other systems work so I’m looking forward to it. 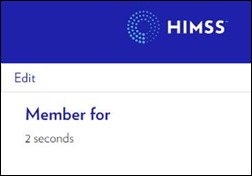 This weekend was spent doing a lot of administrative tasks, so I figured I’d go ahead and sign up for HIMSS22. The system needs to verify your membership status and I thought the glitch that created this screenshot was pretty funny. I came back later, and the system worked correctly, but it was still worth a chuckle. Will I see you in Orlando in a couple of months? Leave a comment or email me.