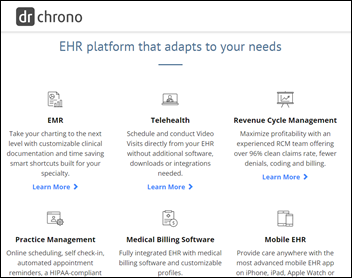 November 10 (Wednesday) 1 ET. “Too Important to Fail: How to Bring Better AI to Healthcare.” Sponsor: Intelligent Medical Objects. Presenters: Dale Sanders, chief strategy officer, IMO; Marc d. Paradis, VP of data strategy, Northwell Health. It’s relatively easy to obtain healthcare data and build an AI demo, but getting AI to perform reliably and with meaningful impact is much harder. However, strategies exist for delivering AI products to commercial markets. This fireside chat will review the status of AI in healthcare; discuss the vital importance of data quality, methodological rigor, and product focus; and explore what this means to the startup and investor world. 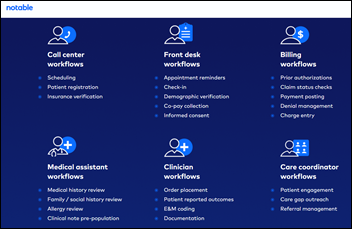 Notable, whose technology scans data from EHRs and other applications to trigger task automation workflows, raises $100 million in a Series B funding round. The three founders came from loan processing software vendor Blend.

Cohort Intelligence, whose technology allows doctors to find patients who are candidates for being billed for Medicare’s Chronic Care Management services, changes its name to Engooden.

Aver raises a $58 million investment and renames itself to Enlace Health. The company’s website is dense with buzzword bingo-speak that leaves me clueless about what they’re selling, so I’ll let them describe: “Enlace Health delivers the only end-to-end solution that solves the infrastructure challenges driving today’s unsustainable healthcare system. Connecting payers, providers, and patients, Enlace empowers any type of healthcare delivery model, from facilitating retrospective programs to enabling risk for prospective programs. Combining executive-level healthcare DNA with an extensible technology platform, Enlace is the bridge from chaotic healthcare to the healthcare world when Triple Aim optimization is truly realized.”

Change Healthcare reports Q2 results: revenue up 9%, EPS –$0.11 versus –$0.13, beating earnings expectations but falling short on revenue. The company’s planned acquisition by OptumInsight is being reviewed by the Department of Justice and won’t be completed earlier than February 22, 2022. 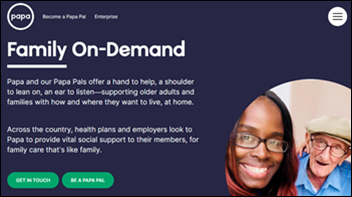 Papa, which offers health plans a “family on demand” service to match older adults with non-medical helpers, raises $150 million in Series D funding, valuing the company at $1.4 billion. The company cites studies that found that its use reduces member loneliness by 68%, which then reduces hospital use. The father of 33-year-old co-founder Andrew Parker founded MDLive, where the younger Parker served in sales and VP roles for five years before Papa was launched in 2017. The company’s Uber-like model involves having “Papa Pals” accept task assignments from the company’s app in being paid as independent contractors. 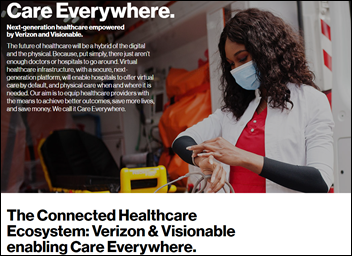 In England, Verizon Business and telehealth platform vendor Visionable announce Care Everywhere, while will be sold in the APAC and EMEA regions.

Hospital for Special Surgery (NY) becomes the first US hospital to offer Clear’s Health Pass to expedite the entry of vaccinated patients for visits. Visitors who don’t use the technology will continue with in-person screening and check-in. 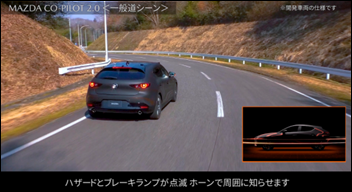 Mazda will add in-car cameras that will detect when drivers are having a stroke or heart attack and then guide their vehicle to a safe spot with flashing lights on, starting with next year’s models that are sold in Japan. By 2025, Co-Pilot Concept will also diagnose impending driver health problems and provide advance warning. The carmaker is working with medical experts to allow its cameras to recognize driver positions that indicate problems.

The federal government will require facilities that are paid by Medicare or Medicaid to fully vaccinate all of their employees against COVID-19  by January 4, 2022. Enforcement will be via CMS surveyors.

CMS increases the minimum penalty for hospitals that fail to comply with the Hospital Price Transparency final rule to $10 per bed per day starting January 1, 2022. The final CMS rule also prohibits hospitals from hiding their machine-readable price files from search engines.

A VA-conducted anonymous survey of employees of Mann-Grandstaff VA Medical Center finds that 83% say their morale is worse since Cerner went live last fall, 81% report increased burnout, 62% aren’t confident about using Cerner to perform their jobs, and 63% question whether they should continue working for the VA. A Congressional committee questioned whether the VA has moved on prematurely from its first implementation to focus on the upcoming one in Columbus. VA Deputy Secretary Donald Remy says he will visit Mann-Grandstaff, the VA will create a new position for someone with large-scale EHR implementation to oversee daily decisions, and the VA may create a deputy CIO position to oversee the Cerner implementation directly. 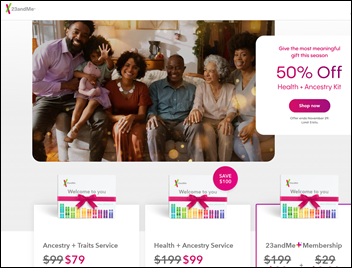 Bloomberg Businessweek says that 23andMe has stuck to its business plan from 15 years ago – first to convince consumers to send in their DNA samples to gain trivial insight about ancestral origins, then to use their sequencing data to profitably develop drugs — in creating a new IPO’d business that is “sitting somewhere between a Big Pharma lab, a Big Tech company, and a trusted neighborhood doctor.” The article says that co-founder and CEO Ann Wojcicki, who was formerly married to Google co-founder Sergey Brin, was influenced by Google’s strategy to “collect all the data, derive whatever insights you can, and find an adjacent line of business with the potential to yield much bigger profits.” The article notes that consumers who have sent samples might feel baited-and-switched by having the company use the data they paid to contribute used to generate drug profits. Wojcicki says she hasn’t decided how the company will manage its just-announced acquisition of virtual visit company Lemonaid Health, but Lemonaid’s doctors will use genetic information for prescribing drugs once the company has determined the usefulness of genetic risk factors in primary care. She responded to a question about patient privacy by saying that patient data is being widely sold by the medical establishment without the patient’s knowledge anyway, although experts note that 23andMe’s process bypasses a third-party data broker and doesn’t involve paying consumers for using their data to generate profits. 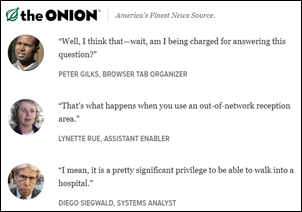 The Onion weighs in on a woman who was charged a $700 ED facility fee by Emory Decatur Hospital even though she left without being seen after seven hours of waiting with a head injury. Emory Healthcare told her that patients are charged before being seen, not for actually being seen.