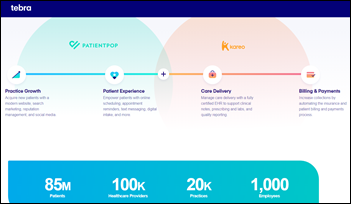 From Pipette: “Re: Jonathan Bush. He scorns the HIMSS conference ‘boat show’ in an article, but I seem to recall that Athenahealth docked its own figurative craft out there on the show floor with all those other vendors.” JB has always expressed amusing scorn for the show that his then-company supported as a sponsor and exhibitor. His latest piece from his new seat at Zus Health compares the HIMSS conference to HLTH, observing that while HIMSS feels outdated, mainstream companies are required to attend because 95% of doctor visits are still powered by code written by HIMSS members (he misspells Neal Patterson’s name as “Neil,” but so do a lot of people who probably confuse it with Neil Pappalardo). He says HLTH is like a prom of on-the-rise attendees that is more focused on care than technology, with few geeks in attendance and a lot of premature pomp from companies that will probably fail and “provide critical compost for the winners’ crops.” Here’s his introductory paragraph:

​I think I’ve been to HIMSS roughly a thousand times. It was almost comical to walk into that giant convention center and see the booths two and three stories tall, like giant ships at a boats how. Esteemed patrons would climb up gilded, spiraling stairwells for bottled water and espresso shots, while down on the floor, consultants and competitor employees were shooed away by stiff-smiled booth attendants. These booths, massive and imposing, increasingly looked like something a defense contractor might make, until they literally were made by defense contractors. It was a world where technology was starkly separate from care, where vendors would hawk their wares, distanced from the reality of the very institutions they were selling to. Sure, there were some doctors at HIMSS — the “CMIOs” and whatnot — but they were akin to Afghan translators embedded with our troops — good people, feeling a little bit out of place and a little bit worried that they may be viewed negatively by their people.

Question: does it bug you when someone writes “y’all” in an email or social media update? I’ve always liked hearing it said by actual Southerners — kind of like “holler, “howdy,” or “reckon” – but not as much in writing. Blame the English language for not offering a separate plural form of “you”  — other than the outdated “ye” as a plural or “thou” as the singular with “you” as its plural — and thus spawning the workarounds “yinz,” “youse,” and the grating server salutation “you guys.”

November 10 (Wednesday) 1 ET. “Too Important to Fail: How to Bring Better AI to Healthcare.” Sponsor: Intelligent Medical Objects. Presenters: Dale Sanders, chief strategy officer, IMO; Marc d. Paradis, VP of data strategy, Northwell Health. It’s relatively easy to obtain healthcare data and build an AI demo, but getting AI to perform reliably and with meaningful impact is much harder. However, strategies exist for delivering AI products to commercial markets. This fireside chat will review the status of AI in healthcare; discuss the vital importance of data quality, methodological rigor, and product focus; and explore what this means to the startup and investor world. 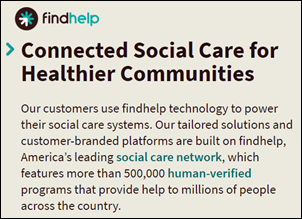 WebPT hires Ashley Glover, MBA (RealPage) as CEO. She replaces the retiring Nancy Ham, who will move to board chair.

HIPAAtrek promotes Amy Coulter to CEO. She co-founded Ability Network, which was sold to Inovalon in 2018 for $1.2 billion. 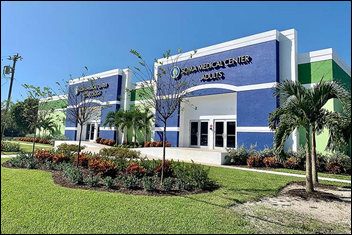 Soma Medical Center has deployed EHR and health information search engine technologies from EClinicalWorks across its 25 facilities in Florida. 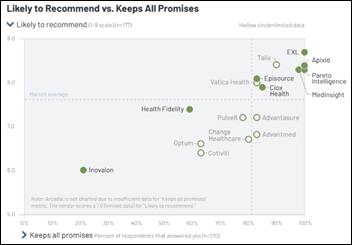 In Canada, Newfoundland and Labrador struggles to recover from a weekend ransomware attack on its health IT systems that has forced its facilities to revert to downtime procedures and cancel appointments.

Seattle Children’s Hospital electronically replaces allergy reaction descriptions in Epic that contain the the formerly common term “red man syndrome” – which it says is racist language — with “vancomycin flushing syndrome.” The hospital also implemented autocorrect functionality to prevent use of the term. The phenomenon in which IV vancomycin causes a red rash was first documented in 1959 as “Red Man’s Syndrome,” which was the subject of a 1985 proposal to instead call it “Red-neck Syndrome” to recognize that it occurs equally in men and women.