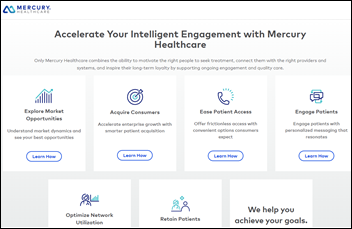 Healthgrades splits its business, creating a software company that will be called Mercury Healthcare and selling its Healthgrades.com doctor marketplace media business to RV Health, which owns websites such as CNET, Healthline Media, and The Points Guy.

From Doctor CIO: “Re: HIMSS21. Maybe this is the safest time to visit Las Vegas since the HIMSS is requiring vaccination and masks. Unless you will isolate at home, the HIMSS floor might be the safest places you can see people.” I agree, although the downside is that the conference hotels will be teeming with people of unknown vaccination status outside the HIMSS21 velvet ropes, airports are crowded and still iffy, the multiple HIMSS21 venues require walking among the general public, and always-risky restaurants are mandatory unless you can live on room service. Las Vegas case counts are out of control, so while I will feel comfortable in the HIMSS21 areas  — trying not to think about the possibility that attendees faked their vaccination cards or that my antibody response to the vaccine may not have been robust or long-lasting – the rest of Las Vegas is a Petri dish. While I’ll probably still go even as I constantly reconsider my options, the key issue is whether a stripped-down conference is worth attending given that we’ll be doing it again in six months (or not, depending on viral whims). I think I’m a go unless a bunch of big companies announce their non-participation Friday, which isn’t likely at this point.

From Uh Oh: “Re: HIMSS21. My company pulled out. A former colleague says his company is going, but employees aren’t allowed to leave their rooms all week except to go to the show floor. They will be allowed to eat only in the booth or in a reserved hospitality suite.” I’m fascinated that some companies have said publicly that they are sending only a skeleton crew of junior folks and leaving the executives safely at home.

From Utility Outfielder: “Re: HIMSS21. I keep hearing that more vendors are pulling out. Some that I know have done so still show up on the floor plan. I don’t think the floor plan can be considered accurate.” I don’t know that I would assume that the floor plan is being promptly updated with cancelled exhibitors, if for no other reason than it isn’t in the best interest of HIMSS to fuel a rush for the doors like last year. Still, it seems to mostly align with announced cancellations, although not all cancellations will be announced.

From Scrivener: “Re: health IT media consolidation. HIStalk will eventually be the only independent media outlet left.” TechTarget acquires Xtelligent Healthcare Media, expressing ambition to serve advertising “customers” using “intent data productization” (readers are apparently incidental widgets in this process). I can’t say I’ve ever read any of their 10 sites, but good for them for being acquired.

I’m just now considering what it will be like to attend an all-masked conference, which is much weirder than just masking up for a grocery store full of strangers. A lot of memorable conference experiences involve random across-the-hall eye contact with someone you know, where you recognize the face, wait for confirmatory matching eyebrow-lifts and smiles, and then launch an unplanned catch-up conversation. We will only be seeing printed names on badges this year, so let’s hope the font is large enough for that same across-the-hall identification.

HIMSS has long said that the digital version of HIMSS21 will be entirely separate in content from the live conference, but it is now waffling by deciding to stream some sessions live using its new Accelerate platform and offer others for next-day playback.

Las Vegas weather: cooling off a bit from Thursday’s high of 112 this weekend to around 106 each day and “plenty of sunshine.”

Early in my interview with Carrie Kozlowski of Upfront Health this week, she casually mentioned, as captured by my recording of the call, “I should preface this, and this may be a first for you, I am presently trapped in an elevator, so they may release me at some point during our call.” Many folks, especially claustrophobes, would skip the call to reschedule once freed, but she soldiered through in what was indeed a first for me. I once did an interview with the CEO of a publicly traded company from a Mexican restaurant due to poor timing on my part, where I joked about the Mariachi music playing in the background, asked my first question just as the food arrived, and then muted the phone so I could crunch chips during their answer. I did another having forgotten about it until the call started, making up questions on the fly with zero preparation and conducting the conversation from the car.

Exhibitors that have publicly stated that they won’t attend or that have been removed from the exhibitor list:

Exhibitors that readers say aren’t going, but that haven’t confirmed that I’ve seen: 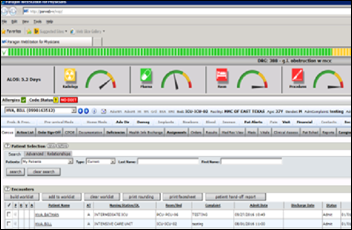 Clinical decision support vendor EvidenceCare acquires Healthcare Value Analytics, which developed the ValueBar cost transparency tool that lets physicians know the cost impact of their clinical decisions. Both companies are based in Nashville.

Care management software vendor Evolent Health will acquire Vital Decisions, which helps patients with cancer and heart disease and their providers align treatment goals, for up to $130 million.

Change Healthcare announces Q1 results: revenue up 25%, adjusted EPS $0.41 versus $0.25, beating Wall Street revenue expectations but falling short on earnings. Meanwhile, anonymous sources report that the Department of Justice may sue to block the $8 billion cash acquisition of the company by UnitedHealth Group’s OptumInsight, which was announced in January. 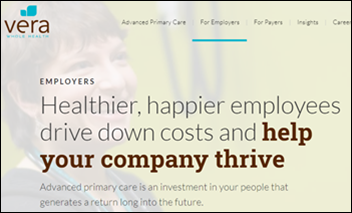 JPMorgan recovers from its Haven healthcare cost management failure by investing $50 million in Vera Whole Health, which offers primary care services to employers on a per-patient, per-month basis. Vera has primary care centers in 10 states and also partners with Central Ohio Primary Care. The care model is not unusual for Medicare programs, but hasn’t been tried at scale with employers. 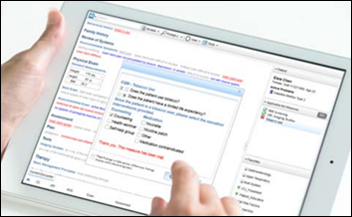 Imprivata launches Enterprise Password AutoFill, which allow users to use a proximity badge tap to enter their username and password. 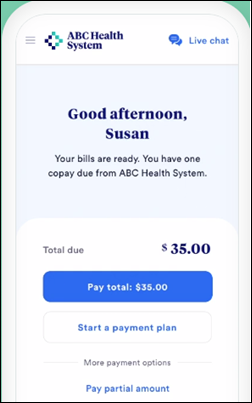 The US again ranks last among high-income countries in access to healthcare, equity, and outcomes. It’s also the only one of the 11 countries that does not have universal health insurance. The US finished last in administrative efficiency because of the time patients and providers have to spend filing medical paperwork and arguing with insurance companies.

CMS will use AI to infer a Medicare patient’s race based on their name, ZIP code, and language preference in cases where their race is not available on hospital forms. The de-identified data will be shared with hospitals for reducing inequity, but privacy advocates warn that the algorithm could unintentionally amplify the biases of its developers. 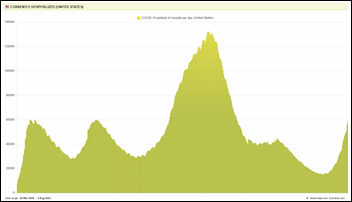 US COVID-19 hospitalizations are trending sharply up and now exceed last year’s peaks in the first two COVID waves, although still falling short of January’s high. Florida has more patients hospitalized with COVID-19 that at any time in the pandemic, with Louisiana and Arkansas not far behind. Meanwhile, Florida hospitals are struggling to obtain oxygen as COVID-19 cases increase and the expiration of the public health emergency limits the supply of truck drivers who are qualified to transport oxygen.

Demand for COVID-19 tests is delaying results reporting and lengthening waiting lines once again. The positivity rate is above 9% versus June’s 2% low.

Former FDA Commissioner Scott Gottlieb, MD notes that CDC’s reporting of breakthrough case hospitalizations and death cover only January through June and thus misses much of what has happened with the delta variant, which he notes reflects CDC’s lack of near-time reporting capability for questions that require analytical methods. 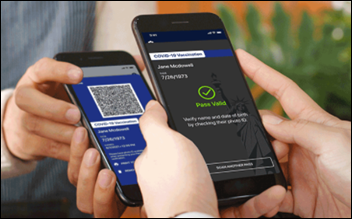 The drummer of the band Offspring is kicked out when he refuses to receive COVID-19 vaccine because of a history of Guillain-Barré Syndrome. Among those arranging his dismissal is molecular biologist Dexter Holland, PhD, who performed research on the molecular dynamics of HIV and who is also the band’s lead singer. 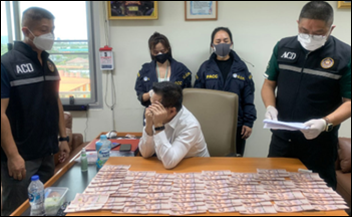 In Thailand, police arrest the director of a state-run hospital in a sting operation that was triggered by a vendor’s complaint that the director was demanding a 35% commission of the company’s $8,500 bid to install a computer system. The accused director admits that he asked for the money and accepted the marked bills, but says he planned to use it for the hospital. He has faced similar complaints in the past. 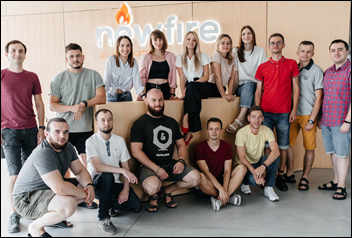 I enjoy the LinkedIn updates of industry long-timer Steve Hau, who posted photos of new Ukraine-based team members of his Newfire Global Partners. I like seeing health IT workplace pictures.