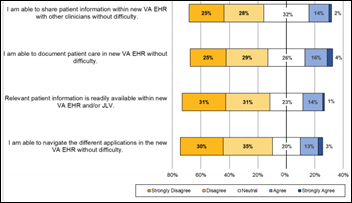 From Uniquely Qualified: “Re: company reps. My BS detection tip – it’s not actual knowledge they are selling if the answer to every problem is that company’s solution.” That’s true for life in general. I immediately tune out anyone whose industry viewpoint, politics, worldview, sports team loyalty, or entertainment choices are unwaveringly consistent and represent so much of their identity that they belittle those whose opinions differ. Anyone who can’t find an occasional good point being made by someone from the “other side” of any given issue is either a self-serving deceiver or intellectually comatose hack. Salespeople should believe in their product, but surely they can see as plainly as the rest of us that it is imperfect and sometimes fails to achieve the promised results for reasons that may or may not be under the company’s control. I started HIStalk 18 years ago for that reason – the lame publications were paid cheerleaders for advertisers and would studiously ignore the real-life challenges I saw every day working in hospital IT. My experience is that good companies get better by paying attention to constructive criticism from experienced outsiders, while bad ones sputter indignantly and shoot the messenger.

From Mr. Softy: “Re: Microsoft 365 Business Basic. I’m a user and the pros are that it’s a good deal, I strongly prefer Teams over Google Meet, performance is good, it’s easy to set permissions for a growing team, and the company’s support agents have been prompt and helpful. Cons are that you only get web versions of the Office apps and those lack a good number of advanced features of the desktop versions, Google has a more comprehensive feature set, the products could use some polish, and Microsoft sometimes makes security recommendations that aren’t available to users of the Basic plan.” Thanks much for that review. 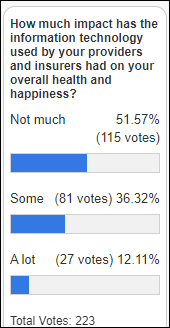 The expensive technology that is being used by providers and insurers is doing little to make poll respondents healthy and happy.

New poll to your right or here: If two Epic-using providers in the same area don’t share patient data, would you assume they’re guilty of information blocking? Looking at it another way, if we know that every Epic client can theoretically share information with all the others, then what reasons other than intentional information blocking would explain why they aren’t? (you can elaborate on that in the poll’s comments). 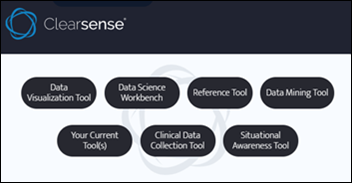 Welcome to new HIStalk Platinum Sponsor Clearsense. The Jacksonville, FL-based company’s data platform-as-a-service integrates data from any source, maintains line of sight from source to target, and jumpstarts the ROI of existing business intelligence tools without the need to hire specialized staff. Its DataHub operates as the central nervous system for healthcare data to automate data curation, preparation, normalization, and governance to allow it to be used meaningfully and with full transparency. Customers benefit from strong privacy and security, ease of use, an end-to-end solution from a single partner, accelerated data maturity, and the Clearsense Data Science Workbench that empowers citizen data scientists in delivering data science on demand. Sign up for a private meeting with the company at HIMSS21 or attend its lunch and learn. Thanks to Clearsense for supporting HIStalk.

Can we all agree to dress comfortably and casually for HIMSS21? Not only are most of us readjusting to venturing out again and frowning that our dressy clothes seem to be a bit snug these days, Las Vegas hit 117 degrees Saturday. The health IT industry won’t collapse if we attend a conference in shorts and tee shirts, so I’m calling for a clothing truce. Conferences should be like schools that provide mandatory uniforms so that people won’t waste time and money trying to impress each other with a few ounces of thread.

Another Las Vegas issue – COVID-19 test positivity is at 10%, COVID-19 metrics have risen to February levels, only half of residents have been vaccinated, and travelers come and go from all over the place within the incubation period. As Andy Slavitt tweeted, “Whatever happens in Vegas isn’t staying in Vegas.” It’s still a life-threatening pandemic, just one that is limited mostly to the unvaccinated.

The University of Illinois Urbana-Champaign launches a self-paced, online “AI in Medicine” certificate at a cost of $750.

Toronto General Hospital goes live on Vocera Smartbadge in three of its ICUs.

A White House executive order calls for the Justice Department and Federal Trade Commission to review guidelines for hospital mergers, which economists say have increased healthcare costs. The order also calls for HHS to support existing rules to limit surprise medical bills and to require hospitals to disclose their prices. 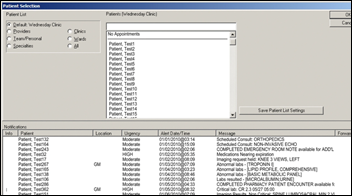 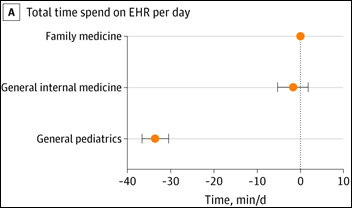 A review of how PCPs in 349 ambulatory healthcare organizations use Epic finds that total daily EHR time was 95 minutes for pediatric clinicians, 121 minutes in general medicine, and 127 minutes for family medicine clinicians. After-hours time ranged from 24 to 34 minutes daily. Pediatric clinicians spent half as much time managing their inbox, receiving only one-fifth as many prescription messages, one-third as many patient messages, and half as many team-related and results messages compared to family medicine and general medicine clinicians.

A Kaiser Health News healthcare reporter reviews price worksheets to compare the charges of two health systems – the publishing of which is required by a CMS rule – and finds that it can’t be done due to the timing of charges, bundled billing practices, and the omission of physician charges. The reporter says that it’s nearly impossible to calculate the cost of one person’s medical procedure, much less to compare that cost among hospitals. He also notes that imaging and surgery centers, which usually charge less, aren’t required to publish their prices.

A Texas man is sentenced to 48 months in federal prison after being found guilty of stealing patient information from a provider’s EHR and then packaging it into physician orders that he sold to durable medical equipment providers, which netted the man an two co-conspirators several million dollars in kickbacks.