Listening, and continuing my 1960s psychedelia fascination: Vanilla Fudge, in a bizarre, grainy TV appearance that captures the era perfectly. The tuxedo-wearing, white-bread TV host gamely turns it over to the annoyingly trippy and somewhat pretentious Fudge, who having enrobed themselves in trendy Nehru jackets, dashikis, and scarves, employ the wildest flourishes imaginable while go-go dancers in tunics and knee-high white boots gyrate freeform to the band’s cover of “You Keep Me Hanging On.” The Fudge could have lip-synced like most bands did in these crappy TV variety shows that catered to senior citizen viewers downing shots of Geritol, but they instead laid down a museum piece of their divisive talent in which every member achieved maximal punchability but sounded great doing it. The over-the-top yet consummately skilled bass player is Tim Bogert, who died in January at 76. The go-go dancers are now great-grandmas with wild memories.

April 21 (Wednesday) 1 ET. “Is Gig Work For You?” Sponsor: HIStalk. Presenter: Frank L. Poggio, retired health IT executive and active job search workshop presenter.  This workshop will cover both the advantages and disadvantages of being a gig worker. Attendees will learn how to how to decide if gig work is a good personal fit, find the right company, and protect themselves from unethical ones. 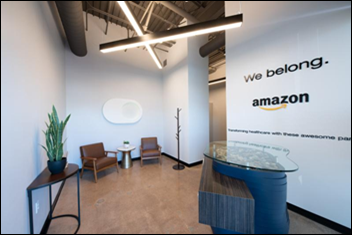 Crossover Health, an online and in-person primary care company that serves payers and employers, raises $162 million in a Series D funding round, bringing its total raised to $282 million. Earlier this month, the company expanded its territory for Amazon employees from its pilot site of Dallas to four more states. The founder and CEO is Scott Shreeve, MD, who founded Medsphere with his brother Steve in 2002.

Telehealth provider SteadyMD raises $25 million in a Series B funding round, increasing its total to $35 million.

Flatiron Health promotes Carolyn Starrett to CEO. She succeeds Nat Turner, who will remain chairman of the board.

In West Virginia, Cabell-Huntington Health Department will implement Epic through a partnership with Mountain Health Network. 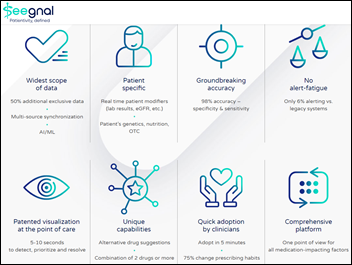 A Brigham and Women’s study finds that Epic-using medication prescribers would receive 94% fewer alerts by using Seegnal, a commercial clinical decision support product that was developed by Israel-based Seegnal EHealth. Seegnal’s platform uses patient EHR data, algorithms, drug interaction references, and pharmacokinetic and pharmacogenetic databases to present only relevant alerts and then suggest alternatives. The company says its system offers 98% accuracy versus the 6% provided by commercial EHRs, then allows clinicians to detect, prioritize, and resolve problems in 5-10 seconds. 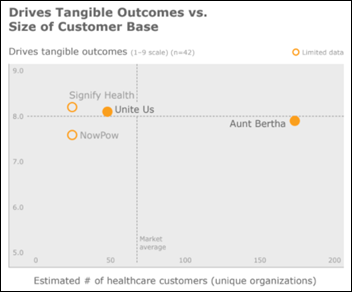 A new KLAS report looks at social determinants of health referral networks, with Aunt Bertha leading the small pack. Unite Us – which just announced a funding round that values the company at nearly $2 billion — scored well, though with fewer healthcare customers.

VA Secretary Denis McDonough says in a House hearing that he is concerned about user productivity at its first live Cerner site, Mann-Grandstaff Medical Center (WA), raising the issue that the project’s cost could run over its $16 billion budget.

Tulsa-based MyHealth Access Network withdraws its protest of the state’s selection of Orion Health to provide a statewide HIE platform for $49.8 million, which is nearly $30 million more than its own bid. MyHealth founder and CEO David Kendrick, MD says it’s time now to focus on partnering with the new HIE to improve care for patients across the state.

Federal health researchers report that the Moderna and Pfizer COVID-19 vaccines prevent 80% of infections two weeks after the first injection, then 90% two weeks after the second shot. The CDC study also found that the vaccines seem to offer protection against coronavirus variants. It also noted that while more than 50% of people weren’t having symptoms when they were diagnosed, 90% eventually developed them.

CDC reports that 50% of all US seniors have been fully vaccinated. 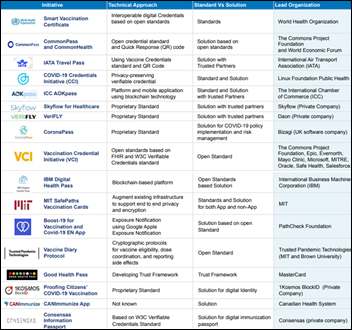 The White House assigns HHS to standardize the development and management of vaccine passports to support business reopening and travel, encouraging solutions that are free, open source, secure, and able to create both electronic and paper documentation similar to an airline boarding pass. The government has identified at least 17 initiatives that are underway. An unnamed official says such credentialing will take time because “this has a high likelihood of either being built wrong, used wrong, or a bureaucratic mess” since developers need to consider how to address variants, track booster shots, and account for yet-unknown immunity duration.

Meanwhile, the Wall Street Journal suggests that people keep their vaccine card because it is often their only record of being vaccinated, although the card design is not consistent and would not be hard to fake.

HHS will investigate a three-location, surgeon-owned California outpatient clinic that has been paid $146 million from the federal government’s COVID-19 patient assistance program. The practices are owned by Anthony Dinh, DO, an ENT and plastic surgeon.

The New York Times examines COVID-19 testing bills from Lenox Hill Hospital (NY), which advertises its testing services on a banner outside its ED but doesn’t mention that the hospital charges $3,000 per test, multiples of the typical cost. One family needed 12 tests last year to return to work and school and was billed $39,000. The paper also found that owner Northwell Health has charged similarly high prices for drive-through tests by tacking on ED fees. Federal law requires insurers to fully pay for COVID-19 testing with no cost to patients, so patients don’t actually have to pay, but as a medical billing expert told the paper, “This is such a gold mine for hospitals because now they can charge emergency fees for completely healthy people that just want to be tested. This is what you’d expect from a market-oriented approach to health care. It’s the behavior our laws have incentivized.” Northwell says patients who present a doctor’s order are sent to a service center that does not charge ED fees, but those who just show up – many from seeing the banner urging them to do so — are evaluated in the ED with the facility fee added on. Lenox Hill has also been criticized for opening a freestanding ED and charging patients, who sometimes confuse it with an urgent care center, many multiples of the usual cost, such as $3,000 to treat a sprained ankle. Northwell’s closest urgent care center down the street performs the same COVID-19 test with a doctor visit for just $350, so choosing the wrong of two doors will cost an extra 700%.

Pfizer will begin US studies in April of a version of its COVID-19 vaccine that can be stored under normal refrigeration.

Wisconsin’s UW Health OB-GYN department requires patients to sign surgical consent forms the day of surgery instead the day before, as noted in a newly issued medical board order against Jay Lick, DO. A patient told Lick in an office visit that she did not want her ovaries removed as part of a hysterectomy, then called his office back later to say that she had changed her mind. The nurse added an EHR note that Lick didn’t see, so the ovaries weren’t removed and she had to undergo a second surgery later the same day. The state’s review noted that the clinic’s EHR does not share information with the hospital’s EHR, so the information that the surgery team reviewed during surgery timeouts did not indicate ovary removal. The board also found that the OR team used medical procedure terminology that the patient would not have understood, so she didn’t catch their mistake. The clinic’s consent forms wasn’t scanned into the hospital EHR until after the patient had been discharged.