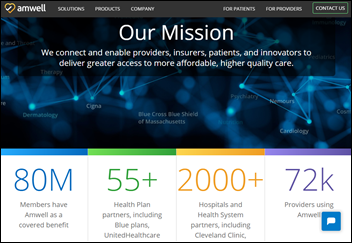 Telehealth vendor Amwell reports Q4 results: revenue up 34% with a net loss of $50.6 million versus $22.7 million. The company did not provide per-share numbers.

Amwell saw increases of several hundred percent in providers and visits for the year, but revenue increased only 65%.

Reminder: several folks have said they no longer get my email updates. There’s a cure: sign up again. Hyperactive spam filters have driven email deliverability way down, especially for those that are sent to a group, so it can’t hurt to re-enter your email address (you won’t get duplicate email).

Jenn came up with a “Beat the Heat” HIStalk sponsorship idea for companies that won’t be exhibiting at HIMSS21. Sign up as a new Platinum sponsor and Jenn will include a promoted webinar and an email announcement just because she’s nice. For the cost of a HIMSS21 exhibit hall power strip, (OK, I’m exaggerating slightly), you’ll get exposure that lasts a year rather than three frantic days, and you’ll be running long before the conference starts. The crazy market valuations of health technology companies these days suggest that it’s a good time to get your company name out there among actual decision-makers, especially with all these SPACs desperately looking for dance partners to acquire. Tell Lorre that Jenn sent you.

Listening: After All, an obscure 1960s Tallahassee, FL band of Florida State graduates whose “heavy on the Hammond” British-sounding psychedelic prog sound at times resembled their contemporaries ELP, the Doors, or even Blood, Sweat & Tears. Their experimental album tracks were all over the place and the singer was trying to figure out whether to croon or growl, but they gave it their best shot for the band’s only album and its weeks-long existence– they hired a local 19-year-old Tallahassee poet (who later co-wrote “Tennessee Whiskey”) to write lyrics for songs in several popular styles, recorded the album with stunning production quality in two days as a producer friend’s freebie, then immediately went back to their day jobs having taken and missed their one shot. The band’s singer-songwriter, Mark Ellerbee — an FSU music grad who had served in Vietnam as an Army medic — enjoyed several years of minor fame as the drummer of the Oak Ridge Boys and worked for the state until he died in 2013 at 71, with his obituary video including the back jacket of the After All album. I hope Mark Ellerbee’s grandson knows how much his grandpa and his buds rocked it back in 1969 even though the world paid no attention. I think a movie is in order, complete with a psychedelic soundtrack. Rock in peace, Mark. 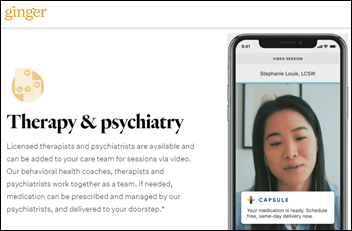 Ginger, which offers mental health and coaching services via text chat and video, raises $100 million in a Series E funding round.

MTBC – which will soon be renamed to CareCloud after acquiring that EHR vendor in January 2020 – promotes A. Hadi Chaudhry to CEO. He replaces Stephen Snyder, JD, who will move to chief strategy officer and continue as a director.

Humana and Epic will add support for electronic prior authorizations and member insights, expanding their original project that developed Humana’s Real-Time Benefits Check tool. They will also add decision support for specialist referrals. 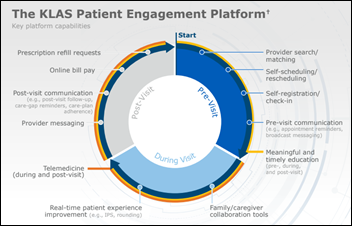 A new KLAS report looks at the patient engagement ecosystem, which it defines well in the above graphic. Vendors that are increasing their capabilities the most, often through acquisitions, are GetWellNetwork, Vocera, Salesforce, and CipherHealth. The broadest capability hospital-centric vendors are Epic, Allscripts, and R1, while on the ambulatory side, it’s Athenahealth, NextGen Healthcare, Luma Health, and Mend. The most commonly offered capabilities are pre- and post-visit communication and education. Providers are increasingly interested in white-labeled products that allow them to create their own branded digital front door.

HHS OCR announces its 17th HIPAA RIght of Access settlement, as Arbour Hospital agrees to pay $65,000 for failing to provide a patient with medical records copies within 30 days despite a previous OCR warning involving the same patient.

CDC reports that 130 million COVID-19 vaccine doses have been administered, with 18% of US adults being fully vaccinated as well as 44% of those 65 and over. The White House doubled its vaccination goal Thursday in aiming for 200 million vaccine shots in President Biden’s first 100 days.

Michigan’s COVID-19 case rate has jumped to the country’s second-highest, with big increases in younger populations who aren’t eligible for vaccination yet, and hospitals are again filling with COVID-19 patients. Health officials think the increase is due to more infectious strains and spread via youth sports among parents of school-aged children. The state’s vaccination program started slowly, but rollout is accelerating and experts say it’s a race against the variants, which may be a challenge that other states experience.

AstraZeneca insists in an update that despite the concerns of US government scientists, its COVID-19 vaccine is 76% effective at reducing symptomatic infection and 100% effective against severe cases.

The COO of Chicago’s 122-bed Loretto Hospital resigns following reports that he used COVID-19 vaccine that was intended for low-income West Side residents and used it to vaccinate employees of his luxury wristwatch dealer, his favorite steakhouse, and Trump Tower, where he owns a $3 million condo. Anosh Ahmed, MD also posted a photo of himself posing with Eric Trump with a claim that he vaccinated him as well, but later said he was joking. The hospital admits that 200 people at the CEO’s church were also given hospital vaccine early and it reportedly also offered shots to county judges. The hospital has been cut off from further vaccine shipments. 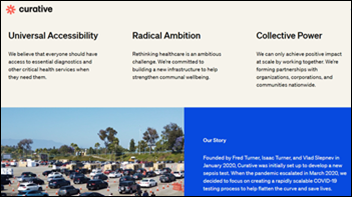 The LA Times estimates that venture-backed startup Curative, led by a 25-year-old founder, has earned at least $1 billion in revenue from sales of largely unproven self-administered mouth swab tests for COVID-19. The city of Los Angeles paid the company at least $82 million to run mass testing sites, for which the city is seeking federal reimbursement, and the company is billing health insurers — who are forced by law to pay for the tests — $325 each versus an actual cost of a few dollars. A Colorado health system retested some of the company’s results and found them to be wrong, while FDA says its self-testing is not reliable. 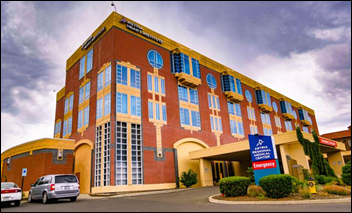 Astria Health (WA) blames Cerner for its bankruptcy and the closure of Astria Regional Medical center in bankruptcy court, contending that Cerner fraudulently misrepresented that Millennium would integrate seamlessly with its revenue cycle offerings. Astria Health says its collections went from 97% of net revenue to 54% after Cerner’s billing system went live and the Medicare and Medicaid claims of its clinics were frequently rejected. Cerner denies the allegations. Cerner previously objected to the health system’s planned bankruptcy because Astria Health had $10.7 million in unpaid bills that it did not plan to pay because it said Cerner problems had cost it $150 million, but the parties resolved that issue in December 2020 and the bankruptcy proceeded.