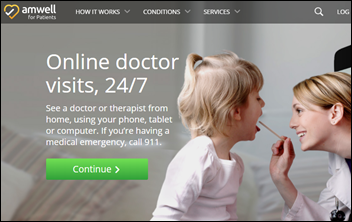 Google Cloud invests $100 million in Amwell, with timing and per-share price to be set by the company’s announced IPO.

Amwell will move parts of its business from Amazon Web Services to Google Cloud.

From Chuck: “Re: Qualifacts and Credible. I heard they are announcing their merger tomorrow [Chuck was correct – he sent this on Monday and the announcement was Tuesday]. This is kind of like T-Mobile and Sprint. With Netsmart, that will make two 800-pound gorillas in the behavioral health EHR space, leaving a handful of mid-level EHRs (TenEleven, NextGen, Streamline, Echo, Foothold, Core Solutions) competing for larger opportunities.” 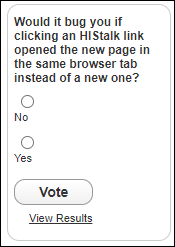 From Dancing Iguana: “Re: links. We aren’t seeing web traffic coming from HIStalk like we used to. Have you changed something?” I didn’t change anything, but this inquiry led me to learn that WordPress did in an effort to eliminate a particular kind of security issue. Links that open a new browser tab intentionally hide the source website from the receiving one. That can be changed in two ways: (a) by making programming changes; or (b) setting all links to open in the same browser tab instead of a new one. Example: here’s how it works now (a new tab opens), and here’s how it would look otherwise (the existing tab displays the linked page). Let’s go to the poll: would it bug you if clicking an HIStalk link opened the new page in the same browser tab instead of a new one as in the second option above? It probably would me since I don’t like using the “back” button for navigation and then re-loading the page, but that’s the default browser behavior. Now I know why companies have asked me if my readership is down (it isn’t) – the traffic I send them doesn’t show as coming from HIStalk. 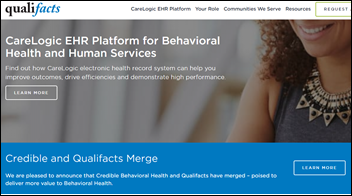 The private equity owners of behavioral software vendors Qualifacts and Credible Behavioral Health will merge their respective companies, giving the combined organization a client base of 800 behavioral health agencies. Warburg Pincus invested in Qualifacts a year ago at a reported valuation of $350 million. 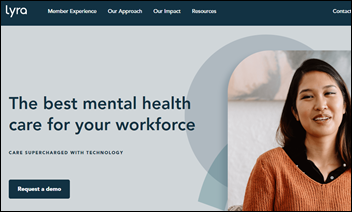 Lyra Health, which offers technology-powered mental health benefits for employers, raises $110 million in a Series D funding round, increasing its total to $290 million and valuing the company at $1.1 billion. Co-founder and CEO David Ebersman spent 15 years as an executive with drug maker Genentech and then joined Facebook as CFO for five years before co-founding Lyra Health. 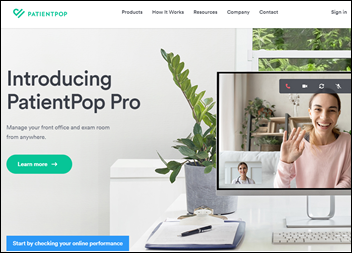 PatientPop raises $50 million in a Series C funding round, increasing its total to $125 million. The company offers practice management tools such as website development, online scheduling, appointment reminders, and reputation management. The co-CEOs came from ShopNation, which offers a fashion shopping engine. 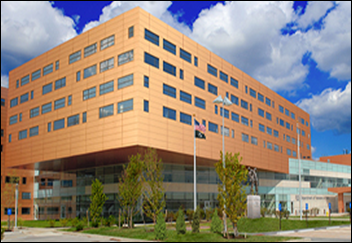 The VA launches its Cerner appointment scheduling system at the VA Central Ohio Healthcare System, with a VA-wide rollout to follow. 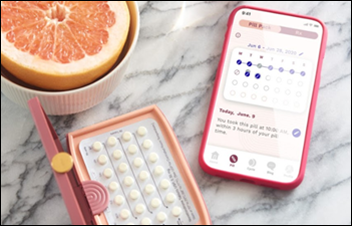 Health IT startup Emme launches its first product, a $99 Bluetooth-connected smart pill case that sends women reminders to take their birth control pill via its IOS-only app. The company says that 80% of women miss at least one pill each month, causing 1 million unintended pregnancies.

Government research contractor Mitre and Nuance will work together to advance use of the MCODE cancer research and treatment data standard by using Nuance’s Dragon Medical One to capture clinician dictation that is sent to the EHR. 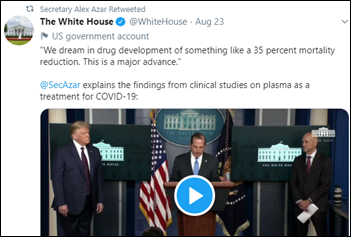 FDA Commissioner Stephen Hahn, MD, President Trump, and HHS Secretary Alex Azar incorrectly state that the use of convalescent plasma for treating hospitalized COVID-19 patients reduces deaths by 35% in announcing FDA’s Emergency Use Authorization for the treatment. They mischaracterized the original Mayo Clinic study, which concluded that giving the plasma within three days of diagnosis was associated with a seven-day mortality rate of 8.7% versus 11.9% if transfused later, which represents a 35% relative (not absolute) improvement between the timings in a small fraction of patients but does not support any evidence of an improved survival rate overall. Hahn acknowledged his mistake in a Monday night tweet, but scientists question how he could have made such an obvious error and then allowed others to repeat it uncorrected. President Trump had accused the FDA on Twitter the day before the announcement as being run by the “deep state” and intentionally obstructing vaccine and treatment studies in hopes of harming his re-election bid, although Hahn says that that White House pressure did not impact FDA’s action. Scientists say the FDA’s EUA will have a negative effect since use of convalescent plasma has not undergone randomized controlled trials and now patients aren’t likely to sign up for those studies knowing that they have a 50% chance of receiving placebo when they can just have the plasma ordered directly under the EUA. They also worry that White House publicity will cause shortages of the plasma, which is collected from volunteer COVID-19 survivors, and that FDA might allow a vaccine to be released prematurely with similarly unconvincing science behind it.

HHS Secretary Alex Azar told hospitals in an April 21 email that they would be required to submit their COVID-19 capacity data to HHS’s newly launched TeleTracking database to be eligible for the federal government’s $100 billion provider relief fund, a stipulation that Congress had not included in the legislation.

A Georgia health district explains that a sudden COVID-19 case jump was caused by activation of a new lab reporting connection to Navicent Health that sent a backlog of one hospital’s reports going back to mid-June. They organizations are working together to remove the duplicate entries. 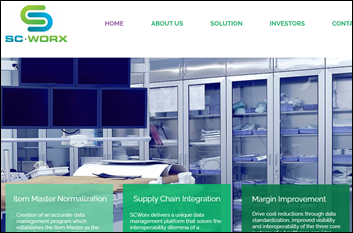 A shareholder of SCWorx Corp. sues the company, claiming it misled investors by announcing a contract to sell $35 million worth of COVID-19 test kits each week for 23 weeks to Rethink My Healthcare. The shareholder says that customer was too small to afford the kits that it had supposedly committed to buy. SCWorx offers hospital supply chain, analytics, and interoperability solutions. According to its SEC filings, it has eight employees and is losing money to the point that its auditors question its survival. It acquired several mixed martial arts fighting championships that it still operates as subsidiaries. WORX shares are a rollercoaster, trading in the past year from $1.50 to $15, currently at $1.56, valuing the company at $15 million.

Former Sutter Health CIO John Hummel, PhD passed along the back story of former Sutter IT project manager and convicted murderer Mario Garcia, who a jury found guilty of killing a 27-year-old woman in 2005 even though her body had not been found. John says police searched the IT facilities extensively and his CISO was able to recover deleted pictures from a Sutter-owned camera in which Garcia documented scratches to his face. The photos, along with DNA evidence that proved that the victim had been in his car, convinced the jury of his guilt. John spent years searching for the woman’s body as a promise to her mother and now investigators have finally found the remains of Christie Wilson buried at Garcia’s former residence. 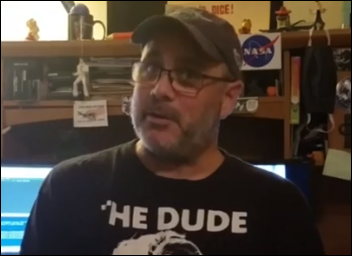 Cory Chase, a network analyst at Johns Hopkins All Children’s Hospital, records “Quarantine Radio,” a half-hour music and humor show that he creates after his work-from-home day ends.