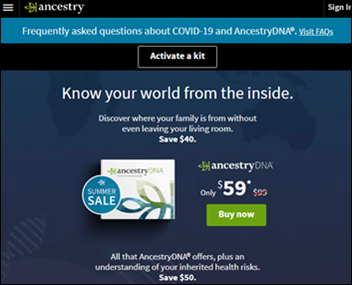 Blackstone will acquire a 75% stake in Ancestry for $4.7 billion, giving the private equity firm access to the company’s DNA information on 18 million people.

The genealogy company, which launched a consumer DNA testing service last year that it has expanded to include genetic health risks and insights, reports annual revenue of over $1 billion.

Ancestry was valued at $3 billion in 2017 and considered running an IPO twice since then, but faced slumping sales as both it and competitor 23andMe laid off employees. 23andMe has sold the genetic data of its customers to drug companies for clinical studies, an area in which Ancestry lags.

From Bug Frowner: “Re: Epic’s return to work requirement. Ignores its county’s public health order.” Dane County, Wisconsin’s July 7 emergency order says business “should, to the greatest extent possible” facilitate remote work to minimize in-office presence. Epic is therefore not specifically breaking any law that I can see since the wording is more of a recommendation. I would struggle to return to campus work as an Epic employee if I were high risk and otherwise fastidiously isolating, but we all know that bosses make the rules and our choices are to comply or leave. Media coverage has, as it often does, lapsed into the sensationalistic in portraying the complaints of a tiny percentage of Epic employees as a topic for heated debate into which Internet cheap-seaters feel the need to insert themselves. More interesting to me is that Epic says that only 24 of its employees have tested positive, which seems like a tiny number out of 9,000+ mostly young employees, but I assume they haven’t yet mass tested the folks who will be returning to campus. Judy Faulkner has said the company is working on immunity passport capabilities for its EHR, so maybe they’ll run employee antibody testing even though that has limited value outside of healthcare provider organizations given relatively low overall infection rates.

From Al Lewis: “Re: Livongo’s sale for $18.5 billion. The entire employer community doesn’t even spend $18.7 billion on diabetes-coded admissions. Not even close. Nor have they claimed to reduce that one item, the item that should concern employees the most. And they never explained why they want everyone to test multiple times a day when Choosing Wisely says most Type 2 diabetics are more likely to harm themselves than benefit through overtesting. Meanwhile, as I will be posting in a few hours, the price of insulin is skyrocketing thanks to greedy PBMs and employers aren’t doing a thing about it.” I interviewed Al Lewis, who I titled “workplace wellness skeptic,” a few months ago and asked him for reaction to the acquisition news.

From Donor Here: “Re: matching Donors Choose funds from Tyson Foods and your Anonymous Vendor Executive. Is that still available?” Donors Choose still lists 24 unfunded projects for which Tyson Foods is matching donations 10-to-1 and I still have ample matching funds available from my Anonymous Vendor Executive. Many other projects offer 2x or 3x matching from companies and organizations, which is still a lot of bang for the buck. I just received an email today from middle school science teacher Ms. W in Washington, for which our $32 donation (which was then matched 10 to 1) bought distance learning tools (microphone, graphics tablet, lighting, and a camera mount) as well as a 15% optional donation to fund the work of Donors Choose.  She told me this morning that her school just announced 100% distance learning to start and she will immediately use the new technology to retool her her hands-on science classes for home learning. Donation instructions:

From Live Longo Glen Tullman: “Re: Teladoc acquring Livongo. Paid too much, in a hurry to cash in some of its own overpriced shares.” My thoughts on the deal:

Nuance announces Q3 results: revenue down 10%, adjusted EPS $0.19 versus $0.20, beating analyst expectations for both. The company said in the earnings call that it has signed pilot agreements for its Dragon Ambient Experience with WellSpan, Boston Children’s, Children’s Atlanta, and Lehigh Valley.

CVS Health beats analyst expectations for Q2, reporting a 3% increase in revenue and adjusted EPS of $2.64 vs. $1.93. Utilization of telemedicine services through its Aetna network and MinuteClinics jumped over 700% during the quarter as patients stayed away from in-person office visits. 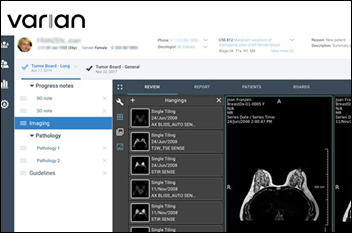 Signify Research says the crown jewel that Siemens Healthineers gets in its $16.4 billion cash acquisition of Varian Medical is the latter’s oncology software business, which has $600 million in annual revenue with an 18% year-over-year-growth. The report notes that oncology is positioned at the convergence of EHR, lab, radiology, and surgery systems and the need to collaborate for diagnosis and treatment creates complicated workflows. Elekta is Varian’s chief competitor in that area. Siemens Healthineers is focused on three digital areas — imaging AI, advanced imaging hardware, and lab diagnostics. Siemens Healthineers, spun  off from Siemens AG (which still owns 85% of its shares), is among a small group of medical technologies that have more than $20 billion in annual revenue, possibly coming in at #3 behind Medtronic and Johnson and Johnson.

Redox announces GA of Data on Demand, giving developers the ability to query any EHR or health data sources via the company’s API. 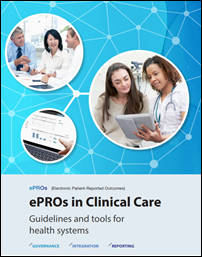 Politico reports that the VA will re-commence its EHR overhaul with a rollout at an unnamed facility in October. The conversion from VistA to Cerner was halted earlier this year as VA facilities focused on preparing for and treating COVID-19 patients. The VA has switched its go-live plans from facilities in bigger metropolitan areas to those in smaller cities in the Pacific Northwest and Midwest, citing a lack of access during the pandemic to clinical experts who had been expected to help with system customizations for the larger facilities.

Politico also reports that two senators have introduced legislation that would make the post office’s address matching software available to EHRs via API for patient identification and matching. 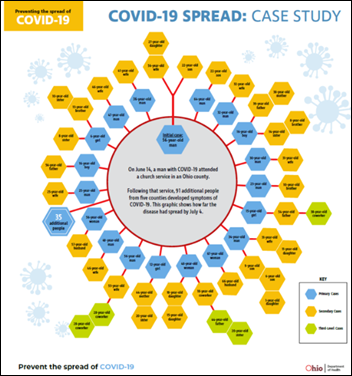 An Ohio Department of Health contact tracing graphic shows how one infected church service attendee spread the virus to at least 91 people in five counties in less than three weeks. The graphic was tweeted by Ohio Governor Mike DeWine, who announced Thursday that he has tested positive for COVID-19 as part of the screening for his now-cancelled Thursday greeting of President Trump in Cleveland. 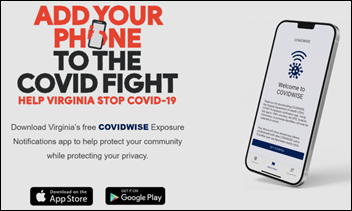 Virginia launches the Covidwise app, becoming the first state to launch an exposure notification app using technology from Apple and Google. The app notifies users if they come into contact with other users who’ve tested positive for COVID-19. Some public health experts have questioned the effectiveness of such apps, citing low and thus ineffective adoption rates, privacy concerns, false alarms, and a lack of nearby testing capacity. 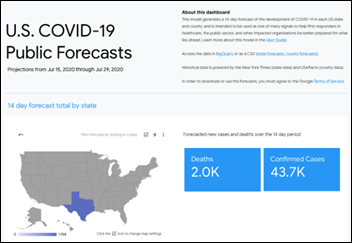 An MRI review of 100 recovered COVID-19 patients who had no pre-existing cardiac conditions — most of them who had experienced only minor COVID-19 symptoms and recovered at home — finds that 78% have cardiac involvement and 60% have ongoing myocardial inflammation. The authors conclude that cardiac involvement is unrelated to COVID-19 severity and warn that undetected inflammatory disease may present a large health burden in people who think they got over COVID-19 without incident.

The National Institutes of Health forms the Medical Imaging and Data Resource Center, which will use AI and machine learning to develop new diagnostic tools clinicians can use to better care for COVID-19 patients.

The New York Times explains how the US uniquely failed to control COVID-19:

HIMSS will continue to publish the mobile health app best-practices guidelines of Xcertia, a now-dissolved project of HIMSS, the American Medical Association, the American Health Association, and DHX Group. The Xcertia standards body was formed in December 2016, last updated its guidelines in February 2019, and then went silent shortly afterward. The organizations haven’t announced why they pulled the plug. The three principals of non-profit app curation organization DHX Group seem to have moved on to other projects.

The local paper says that at least 13 Epic employees claim that the company has demoted team leads who expressed concern about its plan to bring employees back to campus, which Epic denies.

European Union authorities will investigate Google’s acquisition of Fitbit, worried that Google will target ads based on the user fitness data that Fitbit collects. Google says it has no such plans and has offered to sign a contract that limits its use of the data. A consumer group concludes, “It is hugely important that the E.U. carries out this in-depth examination because wearable devices like Fitbit’s could in future give companies details of essentially everything consumers do 24/7.”