It’s been a wacky week in the informatics trenches, as I had a run of non-clinical days in preparation for working three in a row this weekend. I used the time to attempt to catch up on email and voice mail. Although I’m still woefully behind, it’s a little more under control.

One of the voice mails that was left for me was priceless. “Hi, this is Kate from X Company. We’re one of your company’s approved vendors for staff augmentation services and wanted to talk to you about your upcoming projects and any staffing needs you might have.” Since I’m the person that would approve any vendors and had never even heard of this company, I just chuckled and hit delete. I wonder if this is the way they do business all the time, and if people actually fall for it.

I also had a chance to catch up with some of my colleagues across the country and get a feel for how they’re coping with either an extended first wave, or the beginnings of a second wave, of COVID cases. It seems the theme of the last couple of weeks has become “patients behaving badly,” with increased conflicts at the front desk from patients who refuse to wear masks. Especially entering a medical office, I think having a healthcare institution require a mask is no different from “no shoes, no shirt, no service” anywhere else (although I always wondered why they didn’t require pants, but that’s another discussion).

One colleague’s practice had to bonus their receptionists because they were threatening to quit due to the stress of having people come in and yell at them. Another physician friend told a story about coming around the corner in the office and having a patient raging in the hallway about being refused a rapid test, because his son is a major league sports player and the dad needs a documented negative to be able to interact with him. The kicker – dad was standing in the hallway with no mask on in a healthcare facility that has a 20% positive return rate on tests. You can’t make this stuff up.

In other news you can’t make up, rumor has it that HIMSS is moving the HIMSS21 conference from spring to August next year, but still in Las Vegas. A friend mentioned it after seeing it in Modern Healthcare, but HIMSS didn’t bother to put an announcement on its website or send anything out to members, including our local chapter president. Seems like their communication is really improving since the debacle of this spring.

That would make it almost a year and a half between HIMSS meetings, which is plenty of time for vendors to come up with new and creative offerings. Still, it remains to be seen how many companies will actually exhibit, given how much money was lost on HIMSS20 and the potentially limited pool of attendees if international travel is still snarled and domestic institutions aren’t eager to allow their employees to head to a 40,000 person Petri dish. I spoke with my favorite traveling technology consultant the other day and his employer has him grounded, even though he’s amenable to travel and clients are requesting him on site. 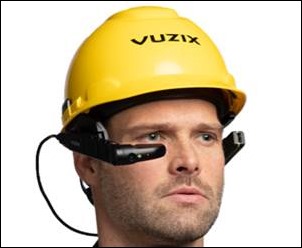 Perhaps by August 2021 we’ll see a healthcare implementation of smart glasses again. Remember the exciting times of Google Glass and when wearables were just coming on the market? We need some cool offerings to get us excited again. Vuzix has an industrial application that includes Bluetooth connectivity and voice recognition, which might be attractive in healthcare. Apparently, several healthcare institutions in the US are already piloting the device and it’s also being used internationally. Battery life is supposedly 16 hours, which is pretty impressive. It uses the same chip as Google Glass, but seems more rugged and can be disinfected with alcohol-based products so it meets the COVID challenge. If they’re looking for a sassy urgent care doc to give it a try, I might know someone. It might also find interesting applications in education, since it looks like many school districts across the nation will be embracing distance learning this fall. 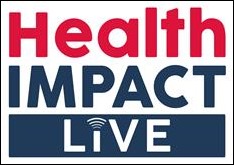 I attended the Health Impact Summer Forum and really enjoyed the keynote speech with Wendy Dean MD, who is a psychiatrist and co-founder of the non-profit group The Moral Injury of Healthcare. I’ve written a couple of times about moral injury and it’s gotten even worse with COVID. Organizations are still rationing personal protective equipment and we’re still operating under crisis standards of care, seven months into this pandemic. Clinical workers are risking their lives daily, often for patients who don’t care and who may be hostile to them. One local practice refused a physician’s request to put up signs asking patients to keep their masks on in the exam room while waiting because it would be perceived as “unwelcoming.” This is nonsense, plain and simple, and Dr. Dean validated the negative impacts of decisions like this.

She commented that calling healthcare workers “heroes” makes the public think we can do anything, when in reality our “superpower” is our humanness. She commented on the business challenges that are impacting clinical care as well. The pandemic certainly highlighted the broken pieces of our healthcare system in the US and identified opportunities for improvement. She notes that there is no clearly drawn road map that gets us where we want to go and proposes that we start orienteering with our moral compass as our guide and excellent patient care as our true north.

As someone who knows her way around a map and compass but who has been lost in the healthcare trenches for years, that definitely resonated with me. I really enjoyed Dr. Dean’s commentary on the issue and just having my feelings validated gave me hope. There’s another Forum in the fall and I’ve already signed up.

Is your employer taking any steps to combat moral injury as the pandemic rages on? How are your support structures? Leave a comment or email me.