The American Medical Association publishes privacy advocacy principles that address the reluctance of some patients to share information with their physicians over fears that data brokers and technology companies will misuse it. The AMA is targeting third parties that gain access to patient information, but that are not covered entities that are bound by HIPAA. Some of its points:

From Amazon Primate: “Re: Atul Gawande. Surely he is getting fired and not just stepping back from Haven.” I was puzzled when the three sprawling corporations chose the high-profile Gawande because of his lack of experience running a big company and his insistence on keeping his day jobs as an author and surgeon, so Haven seemed more like an ivory tower Boston think tank than a hard-charging startup (the company is a non-profit, after all). The real question is, what expectations do Haven’s joint venture owners – Amazon, Berkshire Hathaway, and JPMorgan Chase – have for the company now that it has paddled along seemingly aimlessly for two years? Everybody (except Optum) wanted it to be a disruptor in prescriptions, primary care, analytics, and insurance, but its announced purpose was simply to lower healthcare costs for those three companies alone, not to barge belligerently into the swanky country club of healthcare’s good old boys to benefit society. I would be wary of any company that can’t even pick a name for itself in its 14 months. Haven’s chances would probably have been better if it was Amazon alone running the show, although Amazon’s PillPack hasn’t exactly kicked a dent in the healthcare universe.

I’m probably the only Gmail user who didn’t already know this, but I discovered today that an email that has been routed to the Social or Promotions category tabs can be dragged and dropped onto the Primary tab. This is good for me since I usually mass delete everything that isn’t in the Primary tab, but sometimes I want to use an email from there as a reminder (like some site having a sale).

In the Netherlands, Gilde Buy Out Partners will acquire medical software vendor Corilus from its private equity owner. 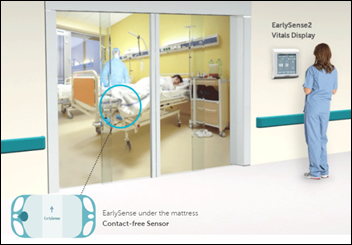 A new KLAS report looks at how inpatient EHR vendors are using AI. Epic is the only vendor with a significant number of live sites, with over 100 customers using its Cognitive Computing Platform for predicting readmissions, patient risk, mortality, ED, at-home fall risk, sepsis, hospital-acquired disease and patient deterioration. Epic’s customers choose its platform to avoid bringing in another vendor and report that it is easy to deploy its machine learning models. Customers who are accustomed to Epic’s out-of-the-box model report slightly lower satisfaction, often because they haven’t addressed the operational challenge of acting on its recommendations. Cerner has a handful of customers live on HealtheDataLab, which is a self-development toolkit rather than a package of pre-built models. 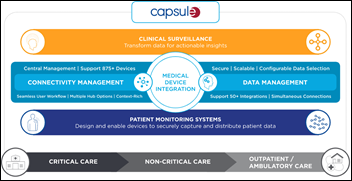 In the UK, NHS and researchers analyze the de-identified records of 17.4 million adults using the OpenSAFELY analytics platform. They found that COVID-19 patients are more likely to die if they are of Asian or black ethnic origin, poor, male, or have uncontrolled diabetes or severe asthma. The study notes that the higher mortality rate of people who are not white and who live in deprived areas cannot be attributed to co-morbidity, validating policies that protect the highest-risk residents. The OpenSAFELY team developed the platform in five weeks with no funding, running its analysis within the platform of EHR vendor TPP’s SystmOne.

Seniors who are worried about the reported poor outcomes and long-term consequences of being placed on a ventilator are adding “no intubation” statements to their advance directives. Experts admit that ventilator survival rates are low, but add that study methodologies have been inconsistent, some hospitals in other countries were overwhelmed and that likely made deaths more likely, and healthy adults fare better than those who have debilitating chronic conditions, making the intubation decision for a given individual less clear.

New York City hires Salesforce to create its contact tracing program, which includes a call center, CRM system, and a case management system to augment the work of 2,500 contact tracers.

Stanford University psychiatry professor Keith Humphreys, PhD says that public health experts are overly optimistic in thinking that the US can match the contract tracing success of other countries. He says US residents aren’t deferential to government authority, they closely guard information about where they live and work, and they probably won’t stay home for 14 days just because a health worker asks them to. He urges officials to consider what will happen if people refuse to be tested or defy orders to isolate, predicting that we’ll end up with a Swedish coronavirus policy (voluntary measures only) not because we chose it, but because we couldn’t agree on an alternative. 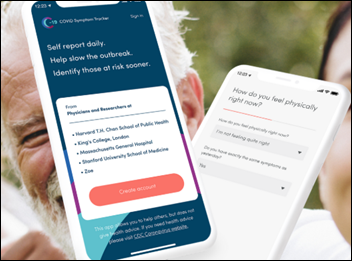 Researchers find that a symptom checking app that is being used by 2.5 million people in the US, UK, and Sweden can determine with 80% accuracy whether a user has COVID-19 based on just their age, sex, and presence or absence of four symptoms: loss of taste or smell, persistent cough, fatigue, and loss of appetite. COVID Symptom Study found that the loss of taste and smell was the strongest predictor and was rarely wrong, having been reported by two-thirds of the 15,000 app users who eventually tested positive.

Wuhan, China discovers six new cases of COVID-19, and as a result, will test every one of the city’s 11 million residents over a 10-day period. The US has administered 9 million tests in total with 25,000 new cases per day and a world-leading 80,000 deaths. We have more new cases per million residents per day at 76 as a real-time measure of infection spread, with Russia, the UK, and Sweden trailing not far behind. 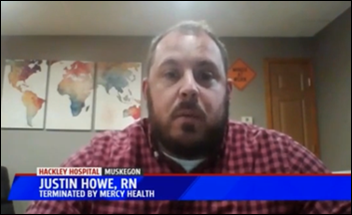 Mercy Health Hackley Campus fires Justin Howe, RN 10 days after he spoke to a newspaper about the hospital’s failure to provide PPE and its ban on employees bringing in their own masks. The hospital claims that Howe, who is president of the nurse’s union local, violated HIPAA by accessing medical records inappropriately. 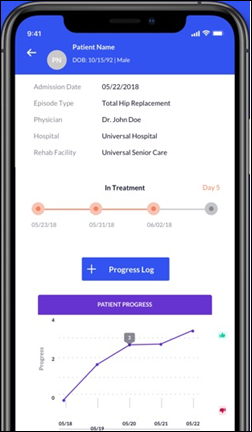 The Indianapolis business paper profiles startup Olio, whose mobile app is used by nursing homes to alert hospitals that a patient they have transferred there needs assessment or treatment, potentially avoiding an automatic trip to the ED.

Beth Israel Deaconess Medical Center describes how its clinicians were overwhelmed by its move to telehealth visits because tasks that were previously performed by medical assistants before the physician entered the exam room — measuring vital signs, documenting the chief complaint, reconciling medications, and managing prescription renewals – became the physician’s job. BIDMC created a pre-visit survey via OpenNotes that patients were invited to complete via a patient portal message, with their entries then being saved in the EHR for pre-visit review or copying and pasting into the note.

I don’t think I’ve ever heard of the Future of Health conference, but if you have and you care, it will go virtual for the September 23-25 event at a registration cost of $995 for providers (free for those who are willing to sit through six virtual company pitch sessions, which I’m guessing is all of the provider attendees). Maybe demand is unmet for the chance to stare at a monitor and webcam all day, or to hang out in a virtual exhibit hall. 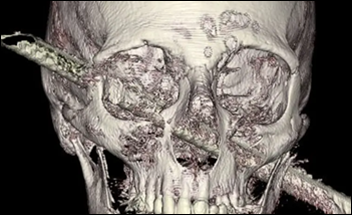 Weird News Andy urges readers to spare the rod. In Israel, a construction worker who felt OK after he fell from a second-floor walkway realizes from the reaction of bystanders that a metal rod had penetrated his head. Surgeons removed the rod and were surprised to find afterward that the man seems to be fine, with no damage to his speech or ability to walk.