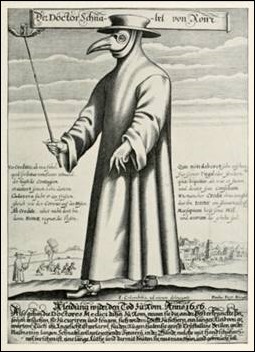 People are sending me copies of documents from their employers that show policies that are directly divergent from WHO and CDC recommendations. Especially for people who have devoted their careers to scientific inquiry and the application of research to the point of care, this understandably doesn’t go over well.

The author notes that feeling under threat creates an attentional bias, where physicians’ thoughts are more focused on the threat than on caring for the patient. Lack of personal safety also reduces cognitive flexibility, which impairs problem solving and decision making. She also notes that being worried keeps us from learning from our experiences and our mistakes.

The reality is that workers are already becoming exhausted and we haven’t even scratched the surface of what’s to come in the US. Organizations are at a loss as to how to best support their workforce. One of the physicians in the article states, “I think the system is failing us. There’s so much talk of wellness and we are given more modules on wellness. The reality is this is just giving me more work. So how about you take those funds and redirect them?”

The funny thing about the article was when it rendered on my screen, an ad for St. George’s University School of Medicine appeared alongside it. I’ve been to St. George’s – it’s in Grenada and it’s a lovely place, with the anatomy lab only steps from the beach. It also has the distinction of having had the United States Marine Corps rescue its students during the 1983 invasion.

I wonder how many people who previously wanted careers in health care will still want them after all this. It’s not just the clinical teams who are being beaten up, but everyone on the front lines, from dietary to engineering to custodial to IT and so on. The physicians I’ve spoken with that are the most distressed are those who have administrative teams that are working from home since they are non-essential. That’s shocking to me, especially compared to facilities with administrators who are rolling up their sleeves and getting in there.

A friend of mine from high school lives in Taiwan. We were chatting the other night about what life looks like for them. When we spoke on February 2, his city was on partial lockdown, with schools closed through the end of the month. At this point, he reports that since the majority of new cases are coming from foreign travelers, they have shut down the airports for the next two weeks.

He notes several other differences: “We’ve got temperature and sanitizing stations everywhere. We set rations early for medical supplies, tied to nationwide health cards so people don’t get more than they’re allotted per week. Home quarantine is digitally tracked with phone and wristband – if people aren’t where they’re supposed to be, the police show up.” There’s no way that would fly in the US, but it’s an interesting view of how other countries are handling this challenge.

He sent me this piece from NBC News that explains it based on the fact that “Taiwan put lessons it learned from the 2003 SARS outbreak to good use, and this time its government and people were prepared.” Taiwan’s actions:

Can you even imagine that in the US, where we’re still hearing in some channels that this is all a hoax?

There are other good strategies in the article, including parents monitoring children’s temperature at home and not sending them to school when febrile, which I know is not always the case in the US. We often see parents who load their children with ibuprofen and acetaminophen and send them to school sick because they can’t take off work. Once the children are sent home from school, they come to urgent care.

There’s also a plug for Taiwan’s nearly universal healthcare system, which “lets everyone not be afraid to go to the hospital. If you suspect you have coronavirus, you won’t have to worry that you can’t afford the hospital visit to get tested… you can get a free test, and if you’re forced to be isolated, during the 14 days, we pay for your food, lodging, and medical care. So no one would avoid seeing the doctor because they can’t pay for healthcare.” That’s a different world, indeed. 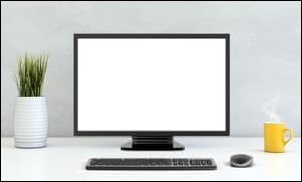 I was able to do some actual informatics work this week, as I helped a couple of organizations set up their COVID response plans, including messaging campaigns and drive-through screenings. There are plenty of companies standing up solutions specific to the current crisis and I’ve heard some comments dismissing them as capitalizing on the emergency. Still, some vendors are offering some pretty cool solutions for free and I was happy to take advantage of a couple of them this week (as were my clients).

Smaller companies can be a lot more nimble. I watched a patient outreach solution go up in less than 12 hours and a drive-through screening management system go up in less than two days. It’s been fun to watch innovation at work.

I finally left the house, though, when I received the call that a colleague had an N95 mask for me. I felt like a transplant patient must feel when they get the page that an organ might be on its way. My hopes were dampened a bit after I heard the story of where it came from – it’s likely to be a counterfeit. Once it makes it out of the quarantine area in my house, I’ll check out its particulars and see if it’s the real deal. A good friend of mine might also have one in his basement, which I’ll definitely take advantage of if this one looks sketchy.

There are a lot of scams out there, “friend of a friend” kind of situations where people promise to get a high volume (and high dollar) order through when traditional supply chains have failed. Even hospitals are not immune to the scams.

Stay safe out there, and stay sane. It’s going to be a long, bumpy ride.