IBM has proposed measures to reduce concerns of bias in the use of artificial intelligence solutions. Critics have noted that AI technologies use data that can reflect past discrimination and may not accurately reflect health factors for women, minorities, the elderly, and disabled persons. IBM is urging industry and governmental agencies to work together to create standards to measure bias and prevent potential discrimination. It also calls on companies in the AI space to appoint ethics officials and to assess whether AI systems can cause harm.

I’m eagerly awaiting the arrival of useful AI systems in my clinical practice, since we perform primary readings on all of our so-called “plain film” radiology studies. (It’s been decades since I’ve seen any film, or smelled the delightful chemicals, and I certainly don’t miss it.) It feels like we sometimes over-call findings on chest X-rays, but without truly crunching the data it’s hard to tell, since we have an inherent bias because everyone who has a film is already pretty sick. It would be great to have AI backup or pre/post screening to make our lives a little easier and a little more evidence-based, while we wait the 30-45 minutes for a radiology overread.

I enjoyed reading this op ed piece about renewed efforts to combat medical errors. I’ve worked with a handful of systems recently that still struggle with the basics, including ongoing use of so-called “do not use” abbreviations. Some vendors seem to think that just because their product isn’t certified EHR technology that they don’t have to respect the standard conventions for safety and usability. The piece does treat a couple of issues too simplistically, blaming EHRs for physician burnout (I’d argue it’s not only EHRs but the mounds of regulations and data collection requirements that EHRs were designed to satisfy). There is also a lack of citations for key data points, such as the allegation that radiologists at one organization are viewing images at a rate of one every four seconds. I wonder if that state’s Board of Healing Arts has anything to say about that.

Applications for the CMS Primary Care First program closed this week, and I’ll be interested to see how many organizations signed up and ultimately what payers end up participating in the program. The initiative didn’t excite any of my clients, despite their detailed evaluation of the program’s different tracks and comparison of it to existing programs. The application process ran so far behind that they had to shift the program by a year, so I’m not sure anyone has too high of hopes for it.

I missed this newsy tidbit last week: The US International Trade Commission will be investigating Fitbit, Garmin, and other wearable devices following a patent infringement complaint by competitor Koninklijke Philips. At least in my community, interest in fitness trackers seems to have waned – no one talks much anymore about their steps or jumps up based on a prompt to MOVE! like they used to. I still use my Garmin watch to track my runs in addition to telling me the time, but I turned off the activity prompts and the display of texts from my phone, as I found them too disruptive.

My inbox has been overstuffed for the last couple of months, so I also missed this item: Hims & Hers telehealth is partnering with Ochsner Health System for coverage of conditions not usually treated through the Hims & Hers platform. They’re fairly small as a telehealth vendor with only 200 physicians, so I’m sure broadening their network will be a benefit. I’m not a fan of their sale of nonmedical consumer products such as beauty and skincare formulas, nor their sale of various supplements and alleged sex drive boosters. I’m not a fan of those in face-to-face practice either, as I think it’s hard to remain objective about pushing products if you profit from them, and I think the evidence on some of their products is thin at best. Apparently Ochsner isn’t worried about being on the slippery slope and they plan to launch the service first in Florida.

A good friend of mine has done significant work for tobacco quit-line services, so I was glad to see this article looking at EHR-based versus fax-based referrals to the quit lines. Long study short, the availability of EHR-based referrals produced referral rates at three to four times that of the current fax-based standard of care. EHR-based referrals were also more numerous for underserved populations. The key takeaway is that the easier the process, the more likely that clinical teams will do it – and if launching referrals from screens where the staff is already working does the trick, that’s a win for patients. 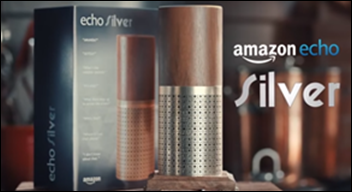 HIMSS is hosting a webinar on Monday, February 3 that caught my eye: “Monitoring Grandma: Adoption of Connected Health Tech by Seniors.” The objectives are to explore current tech trends in the older population, along with real-world experiences from clinicians using technology with geriatric patients. They also plan to discuss attitudes toward health technology at the community level along with how it should impact design and adoption. I’ve struggled occasionally with getting my Amazon Echo to do what I want it to do – maybe it’s my accent or maybe I’m just not using the right words. Or perhaps as I head farther away from the tender age of 29, I need to embrace the mythical Amazon Echo Silver.

Informaticists are discussing the recent surge in China of a novel coronavirus that has killed 17 people with more than 540 cases confirmed. Health systems in the US, especially those in major points of entry, are debating the addition of EHR screening questions similar to past outbreaks of Severe Acute Respiratory Syndrome (SARS) and Ebola virus. The city of Wuhan, with a population of nearly 12 million people, has shuttered local transportation systems, suspended outbound flights, and is asking residents to stay home. The new flu-like virus is suspected to have jumped to the human population from illegally traded wildlife at a Wuhan market. The World Health Organization will decide this week if this outbreak qualifies as a global health emergency, although airports are already screening travelers. Meanwhile, the United States has already seen over 9.7 million cases of influenza with 87,000 flu-related hospitalizations and 4,800 deaths (including more than 30 children) this season. Just something to think about.

Has your hospital added coronavirus screening questions to the EHR yet? Leave a comment or email me.