Support of Windows 7 came to an end this week, and many organizations seem to be willing to take the risk that comes with not having security updates. My practice waited until the last two weeks to upgrade all the clinical workstations, resulting in countless hours being spent by end users rebuilding bookmarks, re-saving passwords and logins, and rearranging desktops as people try to get their computers to look and work “like they used to.” All of our staff rotates among a dozen or so locations, meaning they have to repeat the process multiple times because user profiles don’t sync across the organization. I think the most annoying piece was they didn’t announce they were going to do it, or which locations were going to be impacted, so every shift has been a little bit of a surprise.

The providers would have definitely preferred this be done in September or October, before the busy flu season hit. If I was wondering why I felt so beaten down after my last few clinical shifts, the month-end data explained it. My “patients per hour” metric was the highest it’s been since I’ve worked in the practice. Interestingly, even though patients had longer wait times and I had a couple of patients give me low ratings this month, my patient satisfaction score was the highest it’s ever been. I do enjoy being able to see data that explains what we’re feeling in the trenches, and being able to use it to improve how we work.

I’ve been reading reports from the recent Consumer Electronic Show. Many offerings have been over-hyped (“swim like a mermaid” had no tail) but others are kind of cool – the Mateo Smart Bathroom mat can track weight and evaluate posture while integrating with your phone, but the $179 price tag seems a bit steep. Withings has been in the health tech business for a while, and brings its clinically-tested ScanWatch, which is pending FDA approval. The cool part is its 30-day battery life. Kaiser Permanente is expanding its investment in a program using Samsung smart watches as part of a remote cardiac rehab program, with current technology showing promising results, so we’ll have to see what the next generation of tech brings.

Not all the technology that caught my eye was tech-related – the Juno Chiller can chill a bottle of wine in three minutes, but for $299 I think I’ll plan ahead instead, or just keep a bottle perpetually chilled. Other products on display are a bit much – such as Kohler’s line of Moxie showerheads, which include a magnetic Bluetooth speaker that fits in the middle. I shouldn’t be surprised, as Kohler already has a Bluetooth bathtub that features lights and vibration in addition to actual water. The LuluPet litter box uses images of feline stool and urine to monitor cat health, and can distinguish between different cats as well as weighing them. Get ready to have a discussion with Alexa about your cat’s waste, because it’s integrated. 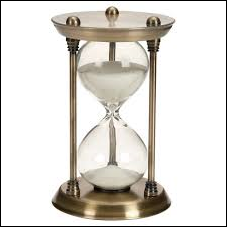 Technology doesn’t always make things better and I’ve found that for many people, it has resulted in significant time-wasting as they struggle to keep up with multiple social media channels. The concept of “time affluence” being at an all-time low in the US was addressed in a recent Dropbox blog, which noted that 80% of 2.5 million people surveyed felt they did not have the time to do everything they felt they needed to do. According to the piece, people who feel like they don’t have enough time are more likely to be depressed and anxious than those who feel they have adequate free time. That’s been my experience in real life – you can tell the people who thrive on deadlines from those who feel overwhelmed.

The blog cites data from the Bureau of Labor Statistics that shows that people have more free time than they did 50 years ago, but for many people it doesn’t feel like it. It attributes this feeling to “the digitization of society,” along with information overload, and the fragmentation of time. Feeling distracted increases the perception of time stress. The blog also calls on companies to set protocols that enhance available free time, and practice them. I still see companies that don’t set appropriate rules for meetings and that fully support time-wasting practices such as double booking of meetings and not allowing people enough control over their calendars so that they can actually get work done.

Time is running out for anyone interested in the Primary Care First payment model and who hasn’t yet applied. Practices have until January 22 to apply. Modeling by the American Academy of Family Physicians “indicates that it should consistently work better than the Medicare Quality Payment Program’s Merit-based Incentive Payment System, even for those getting the maximum MIPS bonus.” They go further to say that the ideal successful practice will have at least 600 Medicare fee-for-service beneficiaries and should already be involved in value-based programs with Medicare Advantage or managed Medicaid.

Time is also short for those who are awaiting the ONC final rules on interoperability, which are expected late this month. The rules went to the Office of Management and Budget for review in September. The ONC annual meeting takes place January 27 and 28 and might be an opportune time for an announcement. CHIME recently wrote to members of Congress noting that the proposed rule doesn’t adequately address concerns about health IT security for third-party apps that are not created by organizations covered under HIPAA. They are concerned that without protections, third parties will be able to share or sell sensitive patient information.

From Jimmy the Greek: “I know you enjoy the outdoors, did Santa bring you one of these?” He had me at the headline: “This Floating Tent Offers You A Cool New Way To Die While Camping.” I don’t think I’ll be adding it to my arsenal, given it’s hefty $1,999 price tag or its equally hefty 75lb weight. The tent has a graphic of a campfire on its floor – although it’s the manufacturer’s logo, I hope no one gets the idea that it’s an indicator that you should build a fire on the base of the floating dome that is your home. I think I’ll stay with my standard issue REI on solid ground.

What’s the wackiest gadget you’ve seen, from CES or anywhere else? Leave a comment or email me.