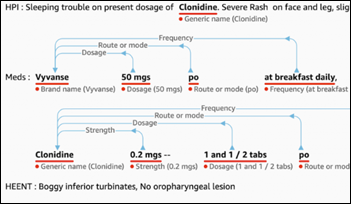 Developers can use the API-driven, pay-per-use services to extract codes from unstructured text with higher accuracy than rules-based systems, according to AWS.

I’m impressed at how deeply AWS is pushing into terminology and semantics issues so early in its health IT work. Comprehend Medical was announced a year ago.

From Jan Madrid: “Re: evidence-based medicine. You asked in your interview with Mr. Alkire from Premier why employers have to use the financial level to get health systems to follow accepted good practices. I found the answer enlightening – they are just now considering it.” Healthcare has always been slow (at best) or resistant (at worst) to insist that physicians practice according to widely accepted evidence in the inevitable tension of science versus art. Every doctor and hospital either thinks they’ve figured out the secret sauce for best outcomes (highly unlikely) or they are just too tied to business as usual to think through doing a better job. The percentage of medical decisions that can be based on available evidence is pretty small, but even then the practice variation is wide. One of our hospital’s lesser-skilled doctors told me rather defiantly a few years ago that he liked prescribing opiates to people with colds, adding that he was the doctor and nobody could second guess him. Many doctors, especially the older ones and surgeons, were trained to think they are infallible, God-like super-scientists who float in a higher plane than their peers and the rest of us. I don’t think medical education, especially residencies, is training doctors to become science-based, patient-centered team players, but then again, we don’t make their paycheck dependent on it (and in fact, it’s exactly the opposite since drug companies happily reward irrational prescribing). That’s the raison d’être for Premier’s Contigo Health as mentioned in the interview, i.e. the businesspeople who pay employee medical bills are asking doctors to behave rationally.

From AnonMD: “Re: Verge Health. Mark Crockett, MD has exited as CEO. Connie Moser has been appointing acting CEO.” Unverified. The company’s executive page and the respective LinkedIn profiles remain unchanged. I’ve emailed the company but haven’t heard back. UPDATE: verified by the company, with a press release to follow in 1-2 days. 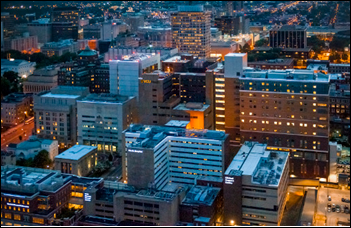 From Boring Pants: “Re: VCU Health. Going to Epic, which will replace a Cerner implementation that has been in place for more than 15 years. IDX for rev cycle will be wiped away as well.” Unverified, but the source is internal.

From Value-Added Reseller: “Re: patient portals and Meaningful Use. Your note was on target. I hated it when practices answered the ‘why do you want an EMR?’ question with ‘we want the government to pay for it.’ I knew they wouldn’t expend the effort to make the EMR useful and productive and would then blame the vendor. Clients that view the EMR as a strategic asset tend to be most successful.” Many or most doctors, to be blunt, are terrible businesspeople, grabbing impulsively at anything that looks like it will put cash in their pockets. But in this case, it did exactly that, as long as they were willing to claim they were using the EHR meaningfully even when they weren’t. It’s also true when you think about it that the vast majority of doctors are using an EHR they didn’t choose or maybe didn’t even want, whether it’s in a medical practice, a hospital, or elsewhere. 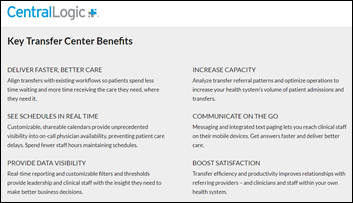 Welcome to new HIStalk Platinum Sponsor Central Logic. The Sandy, UT-based company’s pioneering, purpose-built Transfer Center platform helps health system transfer centers connect with their referring facilities to improve transfer efficiency, decrease costs, and realize revenue opportunities. Transfer Center is seamlessly integrated with On Call Scheduling (customizable calendars and schedules that can be shared, combined, and redeployed) and Advanced Reporting (real-time reporting of actionable information). Patients get routed quickly to the appropriate health system resources and the health system benefits from higher acceptance rates and the better load-balancing. Case studies include Mercy Medical Center – Des Moines, which replaced its outsourced transfer center with an internally managed solution, increasing transfers by an average of 9% per year and allowing analysis of external referral sources and the ability to perform case reviews. Thanks to Central Logic for supporting HIStalk.

Here’s a Central Logic explainer video I found on YouTube.

I’m embarrassed that I didn’t mention Donors Choose donations before Monday given that I have received quite a few new donations since, all of which will enjoy a two-for-one match from my Anonymous Vendor Executive (AVE). Unless otherwise instructed, I always mention only the first names of individual donors without their specific donation amounts, but I list the company and donation for those who mention their employer. Thanks to Christina, Bill, Mike, and Carla. Thanks also to Diameter Health, which provided an amazing $2,000 for classroom projects (which by the magic of AVE matching, will fund at least $6,000 worth of teacher projects). I’ll choose the projects – nearly $9,000 worth with the matching, plus I always find additional matching funds — and report back where the money went this week. I am confident that the butterfly effect of these donations will help turn some of these kids of today into tomorrow’s scientists, leaders, parents, musicians, teachers, or passionate pursuers of whatever interests them.

Listening: Trans-Siberian Orchestra. I took Mrs. HIStalk to see them recently and it was the most sensory-overloading, musically satisfying concert I have ever seen. Forget that their theme is Christmas – instead of Mariah Carey yodeling her way through a description of what she wants for Christmas (spoiler: it’s me), it’s like Pink Floyd and Van Halen rocking out while surrounded by lasers and pyro like you can’t even imagine. We will no doubt see them again every chance we get. 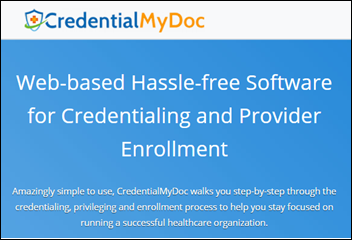 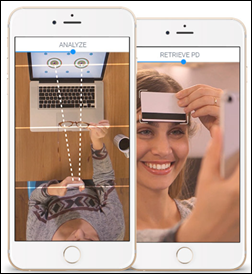 1-800 Contacts acquires Israel-based 6over6 Vision, whose smartphone app allows consumers in certain non-US countries (including Canada) to perform their own eye exams, skipping a trip to the eye doctor for new prescriptions for glasses and contact lenses. 1-800-Contacts already offers Express Exam, a $20 smartphone exam that is reviewed by a remote doctor. The American Optometric Association is, not surprisingly, is very much against having its members bypassed and has asked the FDA to shut Express Exam down. Purely out of concern for patient safety, you understand.

Fujifilm will reportedly buy Hitachi’s diagnostic imaging business for $1.5 billion to improve its competitive position against Siemens, GE, and Philips. 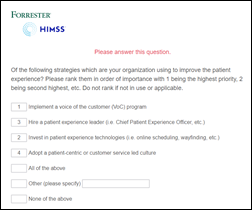 HIMSS and Forrester Research announce a research project (meaning an online survey) that will look at “the evolving digital doctor-patient relationship.” The survey is available via an open web link and doesn’t seem to limit who participates, so I’m not too sure I would trust the results. It’s also hard to believe that two big organizations did such a shoddy job designing the survey instrument – available responses for the very first question (above) are not only illogical, no combination of answers I chose allowed me to proceed to the second question. Clearly HIMSS needs some usability help. 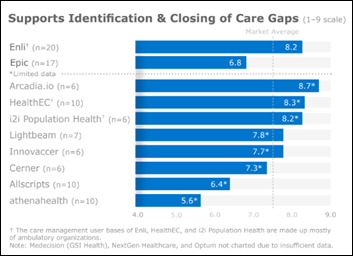 A KLAS report on the care management component of population health management notes that Athenahealth, Allscripts, Epic, and Cerner aren’t delivering adequate customized workflows, leading to the success of Arcadia in supplementing their functionality.

ONC posts the agenda for its annual meeting on January 27-28 in Washington, DC. 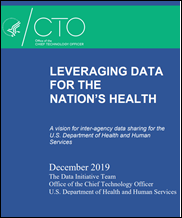 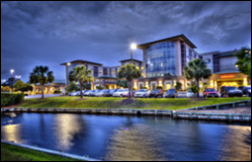 The City of New Orleans lays out the effects of having the city’s 4,000 computers taken offline to remove ransomware from an attack last Friday: the police can’t run background checks, EMS phone lines are down, municipal and traffic courts are closed, Healthcare for the Homeless can’t see patients because its EHR is offline, WIC vouchers won’t be issued, online job search is down, businesses must file monthly sales tax forms manually, and all payments must be made via check or money order. Maybe HIMSS will move the annual conference there in sympathy again like it did in 2007, when the city was clearly not ready for prime time given the obvious shortage of hotel and restaurant workers and “don’t drink the water” signs all over the convention center due to another in a long string of infrastructure failures.

Tim Kelsey, CEO of the Australian Digital Health Agency, resigns after a couple of years to take a job as SVP of analytics with HIMSS. He oversaw the country’s MyHealthRecord project (which cost $1.5 billion plus $300 million in annual maintenance) that has had a lot of issues with security problems and poor public acceptance. He also co-founded Dr. Foster Intelligence, a UK analytics firm that reviewed NHS performance data. 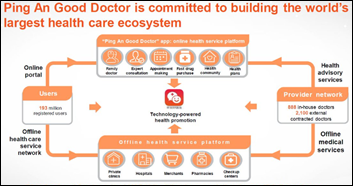 Thailand’s largest healthcare group will provide video second opinions for residents of China in a partnership with China’s Ping An Good Doctor. The service, “Overseas Top-Tier Doctors,” will be available for purchase on Ping An Good Doctor’s mobile app. The hospital group manages 48 hospitals and employs 12,000 doctors. Ping An Good Doctor has more than 60 million active users. 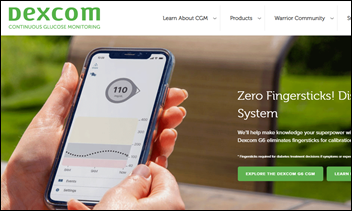 The CEO of continuous glucose monitoring manufacturer Dexcom apologizes for the Thanksgiving weekend failure of its Follow data sharing function, which allows people (often parents of young children) to monitor a user’s glucose results. He says the company moved the function to a new cloud service without configuring it for optimal performance, causing it to fail. The company will also roll out an in-app messaging feature and dedicated update page for its website following complaints that it did not notify users for hours and even then only via a Facebook update.

Another “only in America” healthcare story – a man who performed thorough research into his hip replacement insurance coverage still gets a surprise bill for $3,000 – the certified registered nurse practitioner who entered the room to help out while the man was under anesthesia was out of network. The CRNP’s hospital-contracted employer said it rarely contracts with insurers. The hospital, showing either its incompetence or embarrassment at being called out, says the bill was a mistake and cancelled it, but only after a reporter started asking questions.