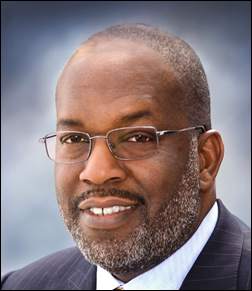 From Jake the Snake: “Re: health IT blog sites. Some of them seem to be violating FTC’s endorsement rules in running puff pieces that don’t disclose payments or business relationships.” The reader provided examples in which (a) a company rep’s thinly disguised sales pitch that wasn’t listed as a paid spot even though I’m guessing it was; and (b) an article that talked about an industry issue, but then made the leap to quoting someone from the company or pitching their product as a solution. The Federal Trade Commission’s endorsement guidelines prohibit making a statement that a consumer might reasonably assume is an honest opinion and not an advertiser message. That includes being shown using a product, being paid to mention a product (even if indirectly), or being given a product to try and then either making misleading claims or failing to disclose being paid to mention the product. I doubt the examples provided run astray of FTC’s guidelines. For me, I quit reading one local food site that was pitching particular restaurants, chefs, or menu items in a blatant pay-for-play “featured restaurant” manner without disclosing it, which was pretty obvious since the same handful of places kept popping up despite unenthusiastic online reviews.

From Ghost in the Machine: “Re: Cerner’s acquired Siemens businesses. Norway is very small in the overall story. Some of the platforms from that deal will be put out onto the market. Apparently the German workforce has been told that its multiple offices will consolidate to Berlin. The changes are unrelated to the Sweden delays — they are part of the business focus on earnings and product portfolio.” Unverified. 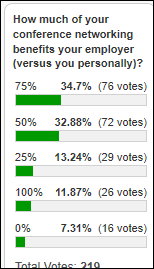 Eighty percent of poll respondents believe that their employer gets at least 50% of the benefit of their conference networking.

New poll to your right or here: Will the collaboration between Allscripts and Northwell result in delivery of a commercially successful EHR within three years? Click the poll’s Comments link after voting to make your case in ways that a binary response cannot. 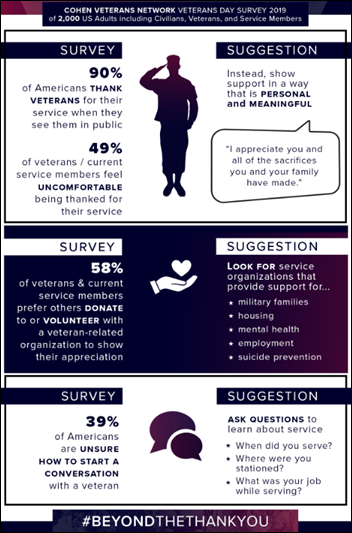 I’m becoming more uncomfortable with the idea that when I thank a service member, my motivation might be influenced by my urge to feel virtuous by throwing out that increasingly automatic and empty saying. It’s better to hire a veteran or their family member, donate to support groups, and vote for politicians who support veterans (and ideally, who are veterans themselves who understand the responsibility involved in sending people off in harm’s way). I’m also not to sure that someone who has served in the military necessarily gets good vibes from a “Happy Veterans Day” greeting or anything else that requires them to acknowledge my recognition. For today, I will just say to veterans out there that I know you made a sacrifice that I didn’t and thus will never fully understand, and for that, I honor you.

I haven’t thought of Robert Lorsch of MMR Global very much since I interviewed him in 2013 after his company filed lawsuits against EHR vendors, Walgreens, non-profit hospitals, and the government of Australia for developing personal health record technology that he claimed – not very convincingly — infringed on his intellectual property. Turns out he died in May 2017 and the company seems to have met its maker before Bob. 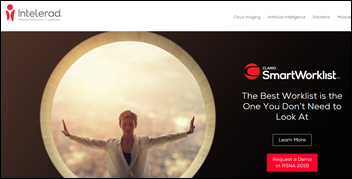 Michigan HIEs Michigan Health Information Network and Great Lakes Health Network will merge to form an organization with $28 million in annual revenue and 169 employees. The governor recently vetoed $1 million in funding for MiHIN.

University of Chicago wants its medical center dismissed from a class action lawsuit that accuses it of sharing patient information with Google in an agreement that the plaintiff says violates his HIPAA rights. The university’s motion says that while the plaintiff claimed that the de-identified information could be re-identified through timestamps and free-text notes, he never claimed that Google actually did so and that its contract with Google prohibits it from even trying to re-identify patient data. The university added that its Notice of Privacy Practices informs patients that their data might be used for research and they won’t be paid even if a commercially viable product results. 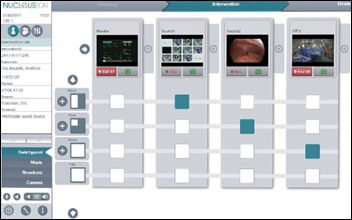 Sony expects to earn FDA clearance next month for Nucleus, an OR integration tool it acquired in 2016 that is sold outside the US. The hardware device displays multiple simultaneous images – including 3D and 4K — from video-based medical equipment that can also be recorded, broadcast, or routed to a different display.

In India, government-run Rajendra Institute of Medical Sciences will track its 300 doctors via GPS to make sure they are physically present in the building during their paid hours of  9:00 a.m. to 5:00 p.m. The hospital administrator says he expects doctors to eat in the building because leaving means they won’t make it back in their allotted one hour.

Weird News Andy awards an A for effort to this life sentence prisoner who argued that doctors who were treating his septicemia had to revive him with epinephrine, so that meant he was “dead” and thus had fulfilled his sentence. The appeals court disagreed, finding that life sentences aren’t satisfied just because doctors revive someone. 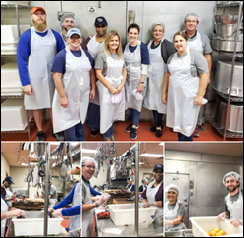