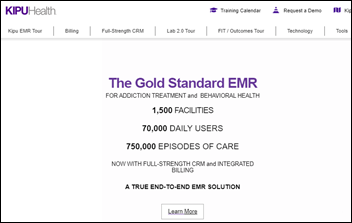 The court found that a now-closed rehab center signed a contract with Kipu 2013, then shared the design details of that product with ZenCharts so it could develop a competing product.

Evidence was introduced in which one of the rehab center’s owners said in a 2012 email, “I’m building an EMR for treatment centers” and discussed the possibility of reverse engineering Kipu’s product.

The lawyer for ZenCharts unsuccessfully argued that the rehab center’s contract didn’t contain a non-compete clause, that Kipu’s EHR didn’t contain anything novel, and that a substantial verdict would bankrupt ZenCharts and increase the costs of addiction treatment.

From Palate Cleanser: “Re: Cerner Scandinavia. Heard it is shutting down its Norway offices. Related to massive delays on two Swedish projects, or just more cuts?” Unverified. A Swedish newspaper recently reported that the Cerner project in Västra Götaland has been delayed for a year because Cerner hasn’t finished work on localizing Millennium to accommodate data laws. 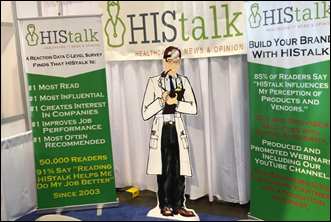 From Banal Boy: “Re: your former 10×10 booth. HIMSS is pushing them specifically, maybe because as you mentioned they aren’t selling well.” HIMSS lists the benefits of the tiny booths that few attendees visit (five exhibitor badges and a booth guide listing are pretty much it). I should ask for a discount for buying several, then packaging them up with an HIStalk sponsorship that provides three and 365 days, respectively, of exposure. I could pitch them as a “neighborhood” of HIStalk-savvy vendors who can’t justify the cost of buying a big space that is used mostly by their reps for screwing around with their phones. I even have a Smokin’ Doc standee left over to serve as block captain. I was searching for a micro-booth photo when I rediscovered “The Smokin’ Doc Celebrates a Successful HIMSS,” in which some fun vendor folks took the cardboard character (they named him Dr. Brandon Pierce) out on the town in Las Vegas at HIMSS18, still one of the funniest things I’ve run here.

From Bookworm: “Re: health IT authors. This new one clearly used a vanity publisher.” I’ve seen a few books by health IT folks who hired vanity publishers that create low-quality books from whatever the “author” sends them, as long as one of the items is a check. Some vanity publishers repackage someone’s old reports and blog posts, conduct a short Q&A interview, then dump it all together into a “book” that requires no author effort. I suppose there’s nothing wrong with that, although labeling oneself an “author” on LinkedIn or Twitter is a bit of a stretch since it’s not like a publisher declared their manuscript worthy of their time and investment, then professionally edited and marketed the result and paid sales royalties accordingly.

From Snowflake Melter: “Re: UCSF doctor’s editorial on EHR screen wording. You failed to editorialize.” I think the doctor — whose LinkedIn suggests that she’s around 32 and considers writing, presenting story-telling shows, and podcasting as key elements of her identity – might have been unwise in complaining publicly about her employer’s tools and processes. She says Epic’s use of the word “deficiencies” is insulting, perhaps unaware that the term – which refers to the chart, not the chartist – was around long before hospital computer systems. She adds that  Epic doesn’t coddle her enough in failing to present “small islands of empathy” and thus “will continue to contribute to the profession’s growing sense of despair” (do SAP and Excel offer such user stroking?) Perhaps her insecurities are excessive, maybe she was short on something to write about, or perhaps she thinks she has life figured out two years out of residency, but crying to the public that Facebook (whose CEO’s name adorns the hospital that sends her checks) gives her birthday greetings that Epic doesn’t suggests that if this is the biggest issue with her job, she’s doing pretty well.

I bought a no-name, $20 128GB flash drive from Amazon that, perhaps predictably, didn’t work and couldn’t even be repaired or formatted by Windows. I was going to write it off as a lesson learned, but clicked Amazon’s “return” option for the first time ever, which is pretty slick. I chose the option to drop the item off at a UPS Store, where I will show them the QR code on my phone that Amazon emailed me and then I will walk away – they will box the item up, label it, and ship it back to Amazon. I’m ordering a different drive, but reviews for most are mixed even with the big-name products– people report premature failure, abysmally slow write speeds, and being locked out of their files. My new external hard drive won’t work in this case since I need to copy files from Mrs. HIStalk’s Mac and the file system isn’t compatible with Windows. Dropbox may be the right answer.

Thanks to the following companies that recently supported HIStalk. Click a logo for information. I see several new names on the list, so special thanks and welcome to the newcomers.

A Cerner spokesperson provided further information about my interpretation of an earnings call comment by EVP/CFO Marc Naughton, who said in discussing Adventist Health’s termination of its revenue cycle outsourcing agreement, “We aren’t going to do the full outsourcing.” I took that to mean that Cerner was exiting the RCM outsourcing business, but she says Naughton was referring to RevWorks, not revenue cycle management outsourcing (and I’ll admit that thought those were the same thing). The spokesperson explains:

At this point, the future of that business unit has yet to be determined. During the earnings call, Marc Naughton, Cerner’s Executive VP & CFO explains, “We’re going to look at the remainder of that revenue cycle business. If it doesn’t meet our selective criteria relative to margins, we’re going to determine what needs to be done with that business.”

Reuters reports that Walgreens is talking to some of the world’s largest private equity firms about taking the company private in a leveraged buyout. However, many PE firms aren’t convinced about the company’s business prospects, its $17 billion of debt, and their need to partner with competing PE firms to come up with the $55 billion or so that the company is worth today. The Italy-born CEO of Walgreens, Stefano Pessina, holds shares worth around $9 billion. 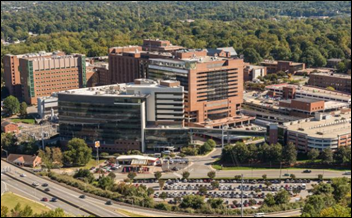 NThrive will eliminate 839 jobs in central North Carolina following the decision of Wake Forest Baptist Medical Center (NC) to bring registration and billing back in house after signing seven-year outsourcing deal with NThrive in 2017.

A Black Book survey of hospital security professionals finds that nearly all respondents think that their security efforts are falling short and budget constraints are limiting their ability to protect their systems, leading Black Book to conclude that things will get worse in 2020.

Collective Medical releases Flags, which allows health plans and ACOs to share member population information with point-of-care teams, with a use case example of patients who are concurrently taking opioids, benzodiazepines, and muscle relaxants. 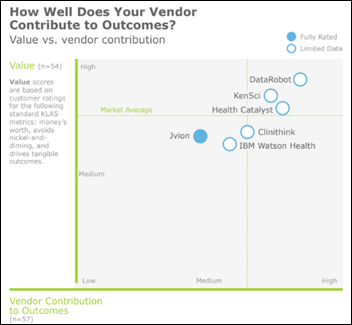 KLAS and CHIME review the use of AI in healthcare, providing a working definition (which would probably exclude most of the vendors who see AI as a marketing rather than a technical term) and a look at six vendors, only one of which (Jvion) has enough customer responses to earn a full rating and even it earns only mediocre customer satisfaction. DataRobot and KenSci earned good scores, IBM Watson Health is improving but offers questionable value, Health Catalyst has the strongest healthcare expertise and diverse use cases, and SAS is being increasingly used for predicting by academic medical centers. KLAS warns that using AI in healthcare consumes a lot of effort to prepare the data, requires maintenance to keep models viable, needs department buy-in and effort to improve outcomes, and requires a culture shift to get employees and clinicians to trust its recommendations.

Slate magazine runs an excerpt from a new cybersecurity book that describes the NotPetya malware, which caused $10 billion in damage in 2017, including $870 million at drug maker Merck alone. The featured chapter involves Nuance, which reported a malware-caused loss of $92 million from its extensive transcription system downtime, but notes that hospitals – and thus patients, indirectly – were the real victim as they had to scramble to work around loss of a mission-critical system that directly impacts patient care. It highlights Sutter Health, which accumulated a backlog of 1.4 million patient record changes in the first 24 hours of Nuance’s downtime, which kept piling up over the two weeks Sutter needed to switch to a competitor’s transcription system. The author says Heritage Valley Health System (PA) lost every Windows machine as the malware spread to its systems from a single employee being logged into a Nuance server.

University of Rochester Medical Center (NY) will pay $3 million to settle OCR charges resulting from the 2013 loss of an unencrypted flash drive and the 2017 theft of an unencrypted laptop. The incidents affected the records of a total of 580 patients. 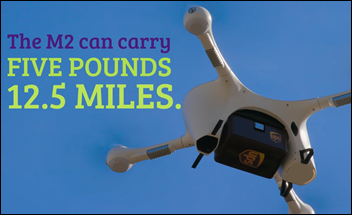 ProPublica calls out Dignity Health (motto: “Hello, humandkindness”) for billing one of its nurses $900,000 for the 105-day stay of her premature baby at UC Irvine Medical Center. UC Irvine’s billing department and her insurer assured her that the baby was covered, but she didn’t know that Dignity’s insurance plan required her to sign the baby up on its website within 31 days, so she didn’t. Dignity said it couldn’t make an exception and insisted she pay the bill, but when ProPublica picked up the story, Dignity added the baby to her coverage after the fact. 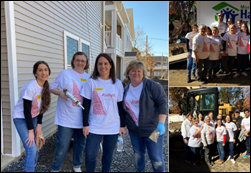