From AZ: “Re: Care Innovations, the Intel and GE joint venture. Heard they are in trouble and almost closed their doors a couple of months ago.” Unverified. The joint venture, formed in 2011 if I recall correctly, hasn’t had much to say beyond touting a remote patient monitoring system.

InterSystems will expand its work with partners in China after seeing revenue there increasing 18-20% annually as that country’s economy grows and its healthcare sector undergoes digital transformation.

Viz.ai will use a new $50 million Series B investment to expand the availability of its AI-powered stroke detection software.

Amazon will offer newly acquired Health Navigator’s symptom-checker and triage chatbot service to its employees as part of its Amazon Cares virtual clinic pilot. Health Navigator founder and CEO David Thompson, MD is also know for his co-development of a set of globally-used telephone triage protocols.

Belgium-based digital imaging company Agfa is reportedly accepting bids for its health IT business. The company announced its intent to divest the enterprise imaging and integrated care business in 2017. 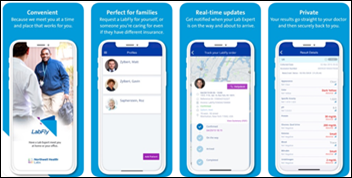 Northwell Health works with health IT vendor MphRx to develop an app that lets patients schedule blood draws from their home or office. The LabFly app comes with a $20 convenience fee and adds payment processing, lab-tech tracking, and access to lab results.

Verily will work with the VA health system in Palo Alto, CA and Atrius Health in Massachusetts on population health projects that will focus on improving care and outcomes for patients undergoing knee replacements, going through alcohol withdrawal, and recovering from heart attacks. 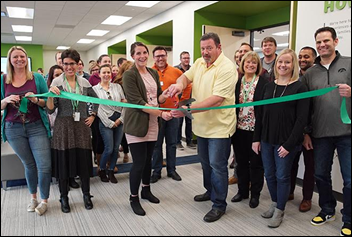 Nordic completes its move to a new Madison, WI office, doubling its square footage to 50,000 and giving employees views of the University of Wisconsin Arboretum through 12-foot-tall windows. 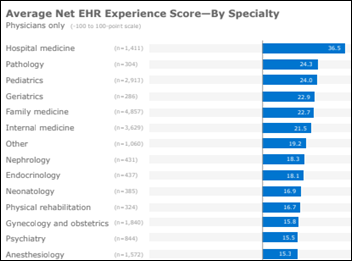 A new KLAS survey of 30,000 physicians via its Arch Collaborative finds that while physicians in some specialties (hospital medicine, pathology, pediatrics) are more satisfied with their EHR than others (plastic surgery, cardiology, orthopedics), it is not consistent and may be driven more by the quality of their initial training. Still, physicians in some specialties say the EHR is too bulky for their limited needs, while others report its inability to accept their drawings or images. More Epic-using specialists say they have the functionality they need vs. Cerner users, but users of both products report deficiencies in their ophthalmology and dermatology capabilities. The report concludes that the quality of initial training, availability of follow-up training, and assistance with personalization can improve satisfaction across all specialties. It would be interesting to see how physician personality type, age, and employment status drove the individual specialty scores. 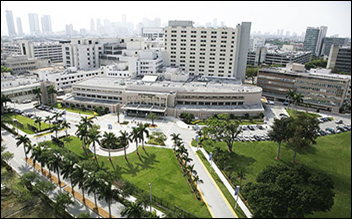 The HHS Office for Civil Rights fines Jackson Health (FL) $2 million for a three-year string of HIPAA violations related to losing paper records, failing to notify authorities in a timely manner about the loss, staff improperly accessing patient medical records and then posting PHI on social media, and a separate incident in which an employee attempted to sell PHI, among other privacy failures. Jackson Health is the same organization linked to an ESPN reporter’s posting of NFL player Jason Pierre-Paul’s medical chart on Twitter, with the report that he had blown off his finger with fireworks on July 4, 2015 derailing his $60 million contract negotiations with the New York Giants.

Texas Health Resources reports that 82,000 people have been impacted by a billing system error that led to it accidentally mail patient information to the wrong recipients.

A Health Services Research study finds that mortality rates among heart attack patients increase at hospitals that have experienced a data breach, with as many as 36 additional deaths per 10,000 heart attacks occurring annually at the hundreds of hospitals studied. The study’s authors found that it took an extra 2.7 minutes for a patient to receive an ECG at a hospital that had experienced a breach, with the lag time remaining as high as 2 minutes up to four years after the hack. Though the researchers didn’t analyze what, if any, additional cybersecurity controls were installed at the hospitals, they have surmised that increased software log-in and access times at these facilities have had a direct impact on heart attack mortality rates. 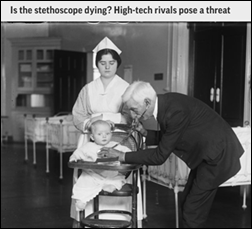 An AP article questions the role stethoscopes have left to play in healthcare in light of their higher-tech counterparts. The advent of app-based, handheld devices that use ultrasound and artificial intelligence seem to slowly be edging out the traditional instrument invented by French physician Rene Laennec in 1816. While celebrity MDs like Eric Topol consider it to be obsolete, others working in the trenches of daily care have yet to be fully swayed by shiny new objects that come with considerably higher price tags. 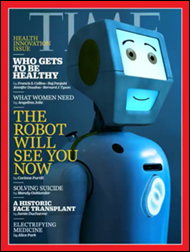 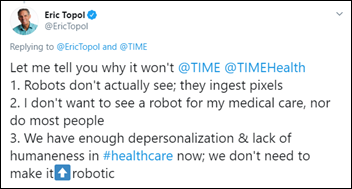 And speaking of Eric Topol, he responds to Time’s latest cover story on the robot-ization of healthcare. 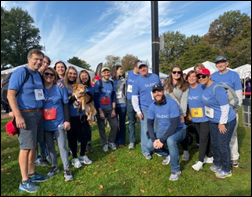