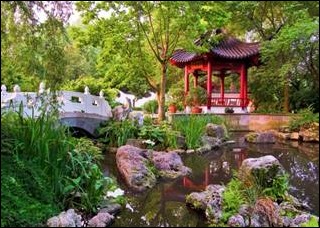 I have a standing date every couple of months to meet up with the physician who replaced me at Big Health System. Usually we do something outdoorsy that allows us to stroll, decompress, and be somewhere other than a conference room, then follow it up with lunch or drinks depending on the time of day we manage to escape.

It’s been challenging to schedule for the last couple of months, with several last-minute cancellations on both sides due to travel and family issues. Today we finally made it happen, and it was a breath of fresh air, both literally and figuratively.

Usually we start with updates on what we’ve been doing the last several months. I tell stories of the wild and wooly world of consulting and all the things I see in the field, some of which you would think were embellished if you didn’t know the players in the industry. He in turn fills me in on the happenings at my old stomping grounds, which are usually pretty run-of-the mill.

They have been going through a major rip-and-replace system conversion that isn’t always pretty, with physicians from different hospitals jockeying for control of various committees and trying to make sure their interests are protected. We typically talk about strategies for trying to get these folks to work collaboratively and to consider the larger picture. I usually have some advice to offer since I’ve done similar work at health systems that are much larger and more complex.

Today, however, he had all the bombshells. There have been some political maneuvers leading to the loss or marginalization of two of the best folks I know in the industry. One was frankly pushed out. The circumstances are complicated, but the backstory involves making a place for the spouse of a highly-recruited subspecialty surgeon, and said spouse happened to want a particular role in the organization that was unfortunately occupied by one of my former colleagues.

Needless to say, a reorganization occurred, the position was eliminated, and the spouse was hired into a new position with a different title and reporting structure, but with the same responsibilities and direct reports. The hospital had to pay a large settlement to avoid a lawsuit. Although the downsized individual landed on their feet, the entire experience was traumatic.

The second situation wasn’t so pretty and involved some C-suite squabbles that left a second former colleague and informaticist employed, but essentially in job purgatory. He was unable to win a showdown between the informatics team and two feuding chief medical officers, and unfortunately became collateral damage. Someone had to take the fall for failing to please either of the CMOs, who were clearly out of line but politically prominent.

The first CMO had a penchant for forcing the informatics team to make every single customization his physicians wanted, going deep into the weeds where he didn’t belong. The second was just overcommitted and never showed up to meetings, then had a fit when his opinions weren’t considered.

The feud between these two was big enough that I had heard about it at a HIMSS chapter meeting, but I was surprised to hear that the clinical informatics director took the fall for their failure to get along, being “reassigned” from the flagship EHR project to another peripheral effort. It sounds like he would have preferred being let go. It’s sad to see someone with so much knowledge and potential becoming a casualty of a turf war.

Unfortunately, these are the stories that are all too common in hospitals and health systems today. Decisions are often made based on squeaky wheels or the perception of a problem without fully understand everything the underlying situation. Certain personalities are coddled based on their admitting habits or how much revenue they bring to the facility, regardless of the path of destruction they leave in their wake. Good teams’ projects languish because they’re not exciting enough or don’t generate enough revenue to get the attention they deserve. People are treated as expendable despite their long-term contributions to the organization.

These are the same reasons I left Big Health System. It saddens me to know that they are still singing the same song, just a different verse. It’s hard to drive past the billboards extolling the virtues of their care when you know what goes on behind the scenes, and what that care costs, not only in a financial sense, but in the unappreciated human efforts needed to make it happen.

Unfortunately, these two scenarios are by no means unique. I see similar situations across the country. When I try to analyze the “why” behind some of this, the only conclusion I can arrive at is that these organizations are being run from a big business perspective and not in line with the ethical and moral considerations that we expect from a not-for-profit organization. It would be one thing if this were a for-profit entity doing this, but I think we expect more charitable behavior from organizations that try to wear their caring nature on their sleeves. At least the for-profit hospital organizations are more overt about what they’re doing and why, rather than trying to hide behind some measure of community benefit.

It was good that we were “getting our zen on” in a beautiful public garden because my blood pressure tends to rise when I hear about people being treated unfairly. My friend plans to try to ride it out at this place since he isn’t terribly far from retirement.

Our conversation turned to the details of his current projects. Asynchronous e-visits are big on the list, although the primary care physicians are irritated that they are being completed by on-call nurse practitioners rather than the PCPs themselves. Patients love the turnaround time (less than an hour), which is significantly less than the time needed to leave a message at the office and get a call back. It’s cash on the barrelhead for the health system, which isn’t billing insurance for the visits and isn’t sharing the revenue with the PCPs. Since the PCPs aren’t likely to be able to turn those visits in less than an hour if they’re seeing patients in the office, and since they’re going to want the revenue if they perform them, neither of us see that paradigm changing.

Another hot topic is antimicrobial stewardship, although I laughed out loud when I learned his team is performing manual chart reviews to look at antibiotic use because they can’t get time allocated with the data analyst team. I was fighting that same situation before I left, but refused to perform the manual reviews because I didn’t have enough personnel to do it. Maybe it does make sense to pay nurse informaticists to painstakingly perform these reviews rather than having an analyst spend an hour a month running queries and pulling the data, at least as far as what the current leadership thinks.

It was good to get together and even better to spend an hour in a beautiful place contemplating the ornamental carp and the rock gardens. Given the time pressures we encounter during our work lives, you have to force yourself to carve out that time if you want it. We can each only do so much individually to combat the sheer madness we experience on a daily basis, but maybe if we stick together and support each other, or at least listen, we can make a difference.