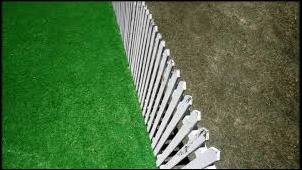 This week was one of those where I question my life decisions, particularly the one where I chose to spend my clinical time in the emergency department.

Due to a perfect storm of maternity leaves, provider illness, and other factors, I ended up working entirely too many shifts in a row, which always leaves me feeling a little overwhelmed. Twelve-hour shifts are never only 12 hours, and once you get home, scare up some dinner, and deal with any urgent home issues, it’s time to hit the sack and get ready to do it again.

The mix of patients I saw this week says a lot about what is going on with our healthcare system (or lack thereof). There were too many patients who had put off care due to fear of excessive costs or high deductibles, which unfortunately led to even higher costs due to complications. Quite a few patients tried to receive care from their primary physicians, but were stymied by lack of available appointments (and sometimes by lack of someone even calling them back). There were also far too many patients who didn’t need to be there, those who hadn’t even tried a shred of self-care before deciding to come in.

As a clinical informaticist, times like these always make me think of whether there are viable technology solutions we could bring to bear on the problem. There are a host of solutions that can help, and some of them are already being employed across the country – patient portals, virtual visits, after-hours nurse coverage, remote patient monitoring, medical advice apps, and more. Sometimes these solutions do more harm than good, such as when test results are released to anxious patients before their physicians have contacted them regarding the results.

I cared for one of these patients this week. She received results through the patient portal on a Friday night and was unable to reach her physician. The results included an abnormal imaging study and some vague radiology references to “clinical correlation needed.” The patient, who already had a diagnosis of anxiety, began to have panic attacks after consulting Dr. Google, and those panic attacks manifested as chest pain. Since she had risk factors, we were obliged to work her up with an EKG and cardiac enzyme testing. Many hundreds of dollars later, she was sent home with a better explanation of her results and a recommendation to follow up on Monday with her primary physician.

Although technology can help the provider streamline his or her inbox and make more time for handling results such as these (as can delegation, improved office workflows, and more), there aren’t too many other tech solutions to this problem. It all boils down to capacity – whether the provider is able to care for patients in the manner in which they want to be cared for, on a timeline that is acceptable to them. The patient empowerment movement has shown us that what is acceptable to one patient isn’t always acceptable to others, and that we need to learn to meet patients where they are at if we want to deliver care that works for them. This is challenging for providers and organizations that weren’t trained this way and whose behaviors aren’t incented in this regard.

Despite all of our talking about value-based care, there are still too few organizations practicing what they preach. Patients also don’t always understand how to operate in these systems.

I had several community physicians yell at me recently because their patients were in my ED. These physicians, who are part of a notoriously controlling hospital physician group, were upset that their patients were in the “wrong” facility. I certainly didn’t go out and drag them in off the street, but I was on the receiving end of rants that were largely triggered by the fact that the whole system is broken. Now those patients are going to show up on some leakage report, and there will be many hours spent trying to build systems to try to make sure they go to the “right” facility next time.

Of course, my facility is part of the problem. Since our state has a weak HIE and there’s no easy way for me to access the patients’ records, I likely ordered unnecessary testing, which just further stresses the system. One of the docs suggested I just use the patient’s phone to parse through the patient chart, but that’s not a realistic solution either in a busy ED where it’s easier to just re-run the labs. I hate being part of the problem, but sometimes you have to choose the least of the evils in front of you.

There are so many cool tech solutions out there that I can’t keep up with them all – chatbots that help community health centers better communicate with their patients, apps to support chronic care management, telehealth platforms, virtual care, and more – but we’re still lacking in basic interoperability. We don’t even have a universal patient identifier to tie records to, even if we could tie them all together. What if each patient had a universal identifier card and we could query a master database for the patient’s record when they came in?

Some of the patients I saw during my recent experience with global healthcare described systems like that from their home countries. Our culture is different in the US, though, and it feels like patients wouldn’t be willing to accept something like that due to risks of privacy or having the government have their data. The reality is that a lot of our data is already out there anyway.

If you asked physicians and healthcare providers whether they would be willing to give up some level of privacy for the sake of better medical accuracy or a more complete record, I wonder what they would say? I certainly would, especially knowing the pitfalls of having inaccurate or missing data and knowing how much it costs to repeat studies that are already documented somewhere but just aren’t accessible at the time they are needed. Even when I can track down results, they’re almost always faxed to our front desk rather than being consumable within the electronic chart.

Since my state isn’t exactly a hotbed of data sharing, I’m curious how others operate in this environment or whether the grass is really greener on the other side of the fence.

Do you have a complete picture of your patients’ health? What would it take to make that happen? Leave a comment or email me.