HCAT shares dropped 10% Friday after the announcement, valuing the company at $1.4 billion. They remain 49% above their opening IPO price on July 25, about the same price as they closed on that first day of trading.

From Suspicious Minds: “Re: health IT salespeople. I’m one. Why wouldn’t you trust me? I’m just doing my job as a professional.” I’ve worked with countless numbers of IT, health IT, drug, and medical device company reps over the years. I have “liked” many of them and “trusted” some of them a little, but I always remained on alert knowing that (a) I was outclassed by the psychology they were exquisitely trained to use to make the sale in whatever way was required; (b) the information they had been provided about my organization and me that gave them a rich palette of ways to push whatever of our hot buttons that seemed most promising; and (c) they were brainwashed into believing that whatever they were selling was the perfect solution to every problem, as they sometimes confidently touted an obviously inappropriate product fueled by the cult-like programming that had injected into their heads at sales meetings. They weren’t necessarily being dishonest — they were just well trained and richly compensated to push whatever they had on their shelves. They got to walk away to the next deal while their peers in implementation, tech, and support were stuck with contrasting the vision we had heard with the reality of what we were getting (and would be stuck with for years). Salespeople often say they’ll walk away if it’s not a good fit, but I think that’s situational depending on company and quota pressure, not to mention that you would hope that the prospect isn’t so clueless as to require strategic guidance from a sales rep in the first place.

From Jubilant: “Re: AI in healthcare. Rags are saying its healthcare future isn’t rosy.” To be fair, those same rags rode the AI hype hard in pandering for clicks with ridiculous stories claiming just how rosy healthcare’s use of AI was going to be. Now that the clicks have moved on, suddenly they are the voice of reason in proclaiming AI’s benefit as questionable. It’s the same crappy journalism model in which some news site misinterprets a poorly researched article in saying that coffee is a health hazard, only to follow up with another article that says it’s healthy. News sites get clicks only to the extent they can convince you that something is new even when it isn’t. The people writing for health IT sites generally understand the Gartner Hype Cycle only well enough to milk writing about the problems of a given technology only after they’ve exhausted the possibilities of fawning over it.

From Minister of Mayhem: “Re: mobile apps. I’m looking for companies that offer an app that’s a mixture of patient portal, scheduling, and communications with providers that can also push out patient check-ins. Either specific to oncology or adaptable to it.” I will open the floor to readers, who can leave a comment (I’ll waive my usual requirement that no vendors be named).

From Pod People: “Re: podcasts. I’ll say again – you need to start one. More listeners than ever.” I wouldn’t want to be one of those many podcasters who (as I surmise, at least, since I don’t listen to podcasts) have little to say or don’t say it very well, often the same people who exhibit those qualities in written form. Simply reading HIStalk or doing interviews into a microphone wouldn’t add much value.

From Roy G. Biv: “Re: HIMSS. You should hire someone dress up like your Smokin’ Doc and have him walk around the hall.” That idea is undignified and inappropriate and thus perfect. Lorre says every year how entertained she is by lines of CEOs and other booth-visiting dignitaries waiting for their chance for a Smokin’ Doc selfie, complete with their fingers curled in comradeship over his two-dimensional shoulder. An in-person variant would certainly be bizarre, although probably not embraced (literally or figuratively) by the HIMSS Police.

Not too many poll respondents burst with pride when thinking about their largest local healthcare system. I’m not surprised – of my health system employers, I recognize their competence in certain areas, but have seen as an insider the warts that make their communities rightfully wary.

New poll to your right or here: What is your experience using Apple Health Records to view your health system’s EHR data? The poll choices are terse by necessity, but click the poll’s Comments after voting to say what you really mean.

Thanks to the companies that offered Lorre a HIMSS20 exhibit hall pass. We’re set. 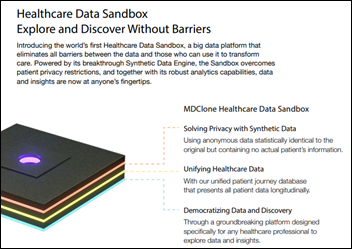 Israel-based healthcare data analytics vendor MDClone raises $26 million in a Series B funding round, increasing its total to $41 million. The company’s technology translates patient data into a synthetic equivalent in which the actual PHI has been removed, allowing anyone to access and analyze patient-level data without compromising patient privacy. It’s a great idea with an uncertain market given that data and EHR vendors are happily selling patient data even without such protection and nobody seems to much care. Founder and CEO Ziv Ofek founded DbMotion and sold it to Allscripts for $235 million in 2013, while the chief medical officer and VP of innovation are also DbMotion alumni.

Politico reports that the VA’s $16 billion Cerner rollout at three medical centers will likely be delayed from March 2020 to until October 2020. 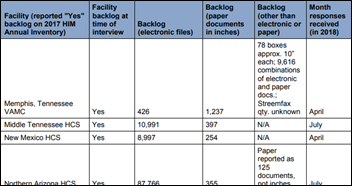 The VA’s OIG investigates how quickly eight of its medical facilities scan paper documentation sent by external providers (including incoming faxes) into the patient’s electronic chart, concluding that the VA’s backlog is a five-mile tall pile of paper of 597,000 documents going back to October 2016. HIM departments didn’t always complete quality review before the scanned documents were dumped into the shred bin, eliminating the possibility of correcting errors. The problems are usual VA ones — poor oversight, lack of monitoring, and short staffing.

Massachusetts General Hospital notifies 10,000 people that their information, which was stored in the databases of two neurology research applications, was accessed by an unauthorized third party. 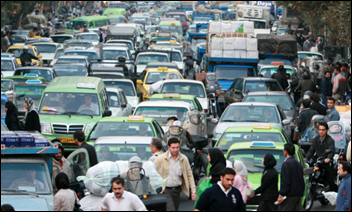 Celebrities and wealthy people in Iran are hiring private ambulance services as “a taxi service with a siren,” allowing them to avoid Tehran’s never-ending traffic gridlock by running red lights and passing stopped cars, with overwhelmed police departments doing little to discourage the practice. Ambulance companies say the annoyed locals are now refusing to make way for the ambulances to pass, assuming that “it’s a celebrity going to get a haircut” instead of a patient in with a life-threatening problem.

In Zimbabwe, hospital administrators warn their underpaid nurses to stop eating patient food and bringing in refreshments to sell room to room. 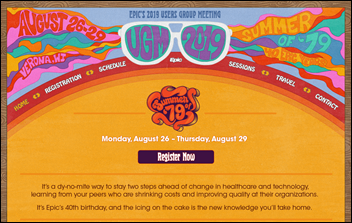 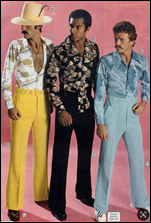 Epic kicks off its 40th birthday this week with UGM, whose theme is “Summer of ‘79.” Spoilers: musically that year, there was a lot of disco, drek from Barbra Streisand and Kenny Rogers, and some pretty good ELO. Small-diagonal, high-depth tube TVs played real-time programs like “M*A*S*H,” “Taxi,” “The Love Boat,” and “Dallas.” Few people ignored real life by staring at their phones unless they were counting down the minutes until cheaper rates kicked in. Clothing choices from back then best remain unexplored. “The Partridge Family” unfortunately went off the air a few years before 1979, otherwise Epic could paint one of the gazillion attendee buses in its trippy pattern and everybody could sing out the windows at puzzled Veronesi.