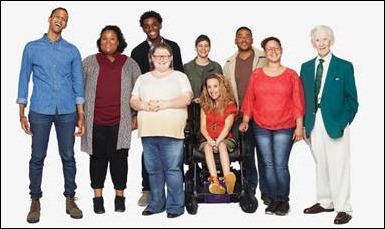 I wrote back in 2017 about the All of Us research program, sponsored by the National Institutes of Health. Originally they were trying to build a cohort of 1 million patients to help them look at genomic, clinical, and lifestyle data over a 10-year period. The New England Journal of Medicine recently published an update on the program’s progress.

Following the original beta program that I wrote about, All of Us opened for general enrollment in May 2018. Elements of the program include health questionnaires, EHR data, physical measurements, and the collection of biospecimens.

As of last month, more than 175,000 participants had contributed biospecimens, with more than 80% of those participants being from “groups that have been historically underrepresented in biomedical research. That’s a pretty big deal, since it’s difficult to recruit research subjects from certain subsets of our population. They’ve also collected EHR data on more than 112,000 participants from 34 recruitment sites. Should the researchers meet their goals, the robust nature of the data would allow researchers to explore factors related to individual lifestyle differences, socioeconomic factors, environment, and biology in order to better understand how we can prevent, diagnose, and treat diseases.

Having historically underrepresented patients join the program is great since those populations often have inadequate access to healthcare. Although some conditions can be linked to race and ethnicity, they’re only pieces of the puzzle. Other factors influencing health include age, sex, gender identity, sexual orientation, disability status, access to healthcare resources, income, educational level, ZIP code, and more. Researchers are prioritizing those underrepresented populations for physical measurements and biospecimen collection.

Unlike other data-gathering programs, All of Us doesn’t focus on any particular set of diseases like cardiovascular conditions or cancers. It seeks to create a broad data set that can be used for a variety of investigations, including outcomes research. Although they’re currently only enrolling adults with the ability to participate in an informed consent process, they’re looking at protocols for enrolling minors as well as adults who might be cognitively impaired. The materials are only available in English and Spanish, so it’s not a true cross section of the population, but the program is moving in the right direction.

The program has launched a web-based data browser where you can search concepts for some of the conditions and statuses being tracked. Although patients can only see their biometrics and survey responses, the researchers are working to build protocols to share genetic, laboratory, and EHR data back to participants. Priority will be given for actionable genetic information and pharmacogenetic results, delivered to those patients who have elected to receive that information.

Since the database is intended to be longitudinal, it will be interesting to see how many patients continue to participate over time. Since its inception, Congress has allocated $1.02 billion to the program, including funding for genome sequencing and setup of genetic counseling resources for participants receiving actionable results. The 21st Century Cures Act authorized funding through 2026 in the amount of $1.14 billion.

Another element that they’re still trying to work out is the incorporation of wearables data. Patients can share data gathered from Fitbit devices and investigators are looking at collection of data from other sources. Given the number and diversity of devices out there, they would need to support quite a few platforms to be able to get a good sampling. My extended family’s affinity for devices ranges from Garmin to Fitbit to Apple. Even with concerns about the validity of data from wearables, it’s interesting to note that simply having a wearable health tracker of any kind says something about a patient’s socioeconomic status and awareness of health issues.

One of the challenges noted by the authors is the incomplete nature of some of the EHR data, along with variability in that data. They are working to harmonize the data that they bring in from EHRs at recruiting institutions and are discussing ways to incorporate data from patients receiving care in rural settings. Health Information Exchanges might be another data source for those patients.

A quick tour through the online data browser illustrates some of the challenges of managing the data. The concept of diabetes can be rendered as the presence of disease, as a factor leading to adjustment of other lab values, and as a status identifier. There are also issues with EHR data in that it’s not always going to be complete enough to have the statistical power that you might find with data collected as part of a prospective trial. Still, it’s better than some of the current options, and I’m eager to see how things develop.

The biggest challenge they’ll have to face, however, is recruiting the more than 800,000 patients they still need to create their target population. It’s likely that in the early days of the program enthusiasm and awareness were high, resulting in the enrollments they already have. They’re going to have to stay on pace at the recruiting centers they already have up and running or dramatically expand the number of locations that can assist in the recruiting process.

Another option is to expand what they call direct volunteers, which are patients who come to the program from outside the designated recruiting centers. Reaching those folks who might be in rural areas or who just don’t come into care and are therefore less likely to be recruited requires different kinds of efforts. I haven’t personally heard anything about the program except from healthcare IT sources, and I’m constantly in and out of medical centers across the country. I’ve seen more signage about Ebola virus than I’ve seen about the program.

Given the size and breadth of our reader base, I’m hoping someone has first-hand experience with All of Us, either as a researcher or as part of one of the recruiting institutions. What has your experience been? How enthusiastic is the team? What can the rest of the healthcare community to do help you meet that million patient goal? Leave a comment or email me.