Mercy Technology Services launches a SAP-powered real-world evidence database called Real-World Evidence Insights Network in which de-identified data from a consortium of health systems will be sold to drug and medical device manufacturers.

Providers will be paid each time the data of their patients is accessed by a subscriber’s query. They can also use the analytics-generated evidence to help make their own business and clinical decisions.

The network will initially focus on orthopedics, cardiology, and oncology.

From I Was There: “Re: Vince Ciotti’s HIS-tory. I see quite a few inaccuracies that might only be noticed by those of us long-timers who have moved on.” Vince covered a massive amount of HIT ground going back five decades, so he has always solicited corrections and clarifications from those whose personal experience gives them a sharper memory into long-faded details. I’m sure he would still enjoy hearing from anyone who notices mistakes or can add their own interesting stories. Email him at vciotti@hispros.com and we will append your new information. Many of the industry’s pioneers from the 1970s and 1980s have retired, left the industry, or in some cases, passed away, so this is the last best hope to get the history nailed down for posterity.

From No See-Ums: “Re: paywalled newspaper and journal articles. Your links to them are frustrating since I can’t read them.” I link to paywalled articles only if I can find a reliable summary or abstract posted elsewhere since I can’t see them, either. I’m unwilling to pay for a subscription to a local or specialized publication that I would rarely use, which always leads me to conclude that someone should either sell a mass subscription or charge a low national price for reading just one article (vs. the high price that medical journals charge). The danger of ITunes-like news is, of course, that it would encourage the same bad practices for journalism as it did for music, unleashing a flood of clickbait and populist drivel. Craigslist,  Facebook, and vulture capital firms helped kill dead tree publishers, but their biggest problem is the lack of ongoing demand for intelligent, accurate news reporting.

From Post-Acute Pat: “Re: post-acute healthcare market. I’ve been reading your site since 2010 and your blurb about hospice /nursing homes and Gordon Gekko was spot on. I don’t think the average person understands how private equity has gobbled up the entire post-acute market and none of them care about the patient or HCAHPS. I work for a huge, PE-owned home care and hospice provider that keeps merging with other PE-owned companies. See the attached email from our CEO, which came out right after we had massive layoffs, raises were cancelled, 401K match was eliminated, and hospice services such as music and physical therapy were eliminated and telehealth was greatly reduced to meet only payer contract minimums. Our PE owners require a 10% annual return and anyone who says that isn’t possible are shown the door.” The RN CEO urges his underlings to focus on revenue generation, earnings, and cash collections. That’s not unlike his non-profit health system peers, however. All of us pretend that when we need care, it’s going to be like in those golden, pre-Medicare years in which healthcare was run by empathetic locals who felt a calling to alleviate the suffering of their fellow citizens under a self-imposed honor system in which hospitals were modestly-run charities. Now it’s all about profits, cash hoarded to buy up (and screw up) competitors, or construction companies called in to soothe the organizational Edifice Complex with phallic towers. Odds are good that the first and last people you’ll see in your life are employees of profit-obsessed organizations. In between, you will be bounced around profit-maximizing health systems, clinics, insurers, drugstores, drug and device manufacturers, and ambulance services until either your health or your health insurance runs out. Then it’s off to PE-owned nursing home, hospice, home health, or rehab until finally your cooling corpse is trucked off to a PE-owned funeral home. Some or most of the frontline people will serve as a credit to their chosen profession and calling, sometimes defiantly treating patients in do-unto-others mode instead of how the corporate whip-crackers demand. Unfortunately, faceless money-lenders impact our life as Americans a lot more than we realize. 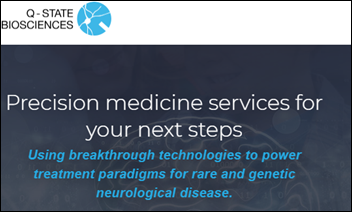 Allscripts backs a partnership that will combine the precision medicine data tools of 2bPrecise (in which Allscripts is the primary investor) with those of genetic sequencing vendor Q-State Biosciences. Q-State co-founder and board chair David Margulies, MD was the first CIO at Boston Children’s Hospital in the late 1980s and served as a Cerner executive from 1990 to 1996. 2bPrecise leadership is mostly folks from the Allscripts-acquired DbMotion. MDRX shares dropped in an up market following the news.

Point-of-care pharma promotional platform vendor OptimizeRx reports Q2 results: revenue up 37%, adjusted EPS $0.09 vs. $0.07. The company said in the earnings call that it has integrated with Epic and Cerner to present in-workflow patient savings opportunities, broadening its EHR reach following a previous agreement and integration with NextGen Healthcare.

Struggling drugstore chain Rite Aid hires as its new CEO Heyward Donigan, who was previously CEO of healthcare shopping app vendor Sapphire Digital, formerly known as Vitals. RAD shares dropped 5.3% Tuesday after the announcement, down 77% in the past year vs. the Nasdaq’s 2.6% gain, valuing the company at $357 million. 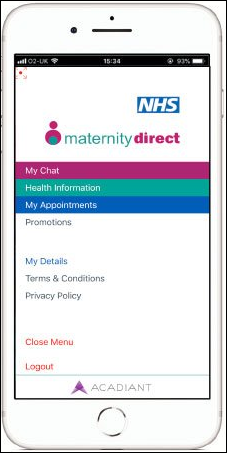 England’s Basildon Hospital rolls out Maternity Direct, a chat application that connects pregnant women with an NHS registered midwife who can answer questions and offer advice at no charge. Basildon and Thurrock University Hospitals NHS Foundation Trust developed the app along with software developer Acadiant.

A new KLAS report on enterprise-level medication inventory management (MIM) finds that Omnicell’s optimization analytics solution leads the pack, although it has been implemented by only a few customers due to cost, the breadth of underlying Omnicell products that is required, and Omnicell’s need to educate prospects on the goals of MIM and how it is supported by the company’s IV room and robotic dispensing systems. Problems with newer versions of Omnicell’s automated dispensing cabinets have also led to customer wariness. KLAS says Epic’s Willow Inventory MIM isn’t used much because of limited reporting and par management capabilities that force customers to use the inventory systems of their equipment vendor. Cerner customers “have primarily been left to drive development themselves” and the company hasn’t integrated its own RxStation dispensing cabinet with its MIM software. 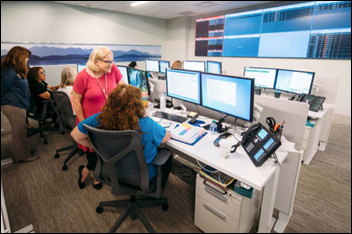 CHI Franciscan Health opens the analytics-powered Mission Control Center in its clinic in Gig Harbor, WA, from which the health system will monitor patient care and capacity in eight of its hospitals. GE Healthcare is the health system’s partner on the project.

CompuGroup Medical lauds the ruling of a federal appeals court in favor of the American Clinical Laboratory Association, which sued HHS in claiming that its implementation of the Protecting Access to Medicare Act (PAMA) oversteps its authority in collecting market-based lab data to set Medicare payments. ACLA says HHS’s exclusion of hospital labs via a change to the “majority of revenues” test will skew its market studies. The case will go back to the district court. 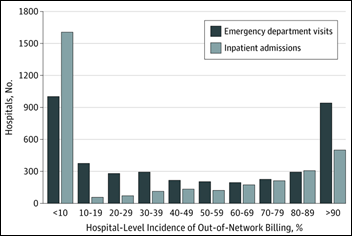 A Stanford School of Medicine study finds that privately insured patients are billed out-of-network charges in 43% of ED visits, 42% of inpatient admissions, and 86% of ambulance rides. Admitted inpatients faced a median surprise bill of $2,040, well beyond the financial resources of most of them. The study looked at claims data through 2016, so It’s probably reasonable to assume that the situation has worsened since. It’s interesting that more than 900 hospitals issued surprise bills for more than 90% of their ED visits, which one might speculate is an intentionally hospital-designed feature rather than a bug.

A newspaper’s investigation finds that Tennessee’s health department knew that Nurse Practitioner Jeffrey Young, who calls himself “Rock Doc,” was working without a doctor’s supervision, writing high numbers of opioid prescriptions, and having sex with patients that was described as “non-consensual,” but they didn’t shut him down during a four-year investigation. The state’s lead investigator admitted that she started carrying a gun to work after questioning Young about a patient’s overdose death. A follow-up article promises to disclose that Young was providing prescriptions to local police officers in return for favors. Young has been indicted by the federal government for prescribing 1.4 million opioid pills and 1,500 fentanyl patches in three years, after which a drug company sales buddy texted a death threat to the DEA’s lead investigator. “Rock Doc” also starred in a failed reality TV show pilot called “Rock Doc TV,” in which he kinds of looks like talentless but likeable TV food hack Guy Fieri while rapping against his “haters” who spread stories about him.

A Wall Street Journal report notes that health systems such as Geisinger, Mount Sinai Health System, and Mayo Clinic are selling the genetic profiles of patients to drug companies, reaping hundreds of millions of dollars without the patient’s knowledge or approval. 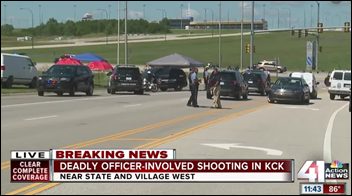 Cerner locks down its Continuous campus in Kansas City, KS after a man armed with an assault rifle claims to have killed his wife and says he’s going to the adjacent outlet mall next. He opened fired on responding police officers, who killed him. Nobody else was injured, although the man’s wife has been missing since Monday morning. 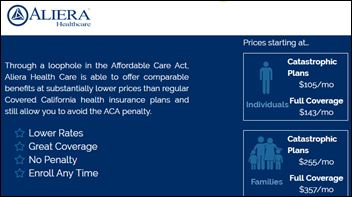 A woman whose breast cancer required two surgeries and 20 rounds of radiation sues faith-based health-sharing ministry Aliera Healthcare, which is one of several companies that regulators in several states say are sham operations designed to bypass insurance regulations. Aliera refused to pay for the woman’s first surgery, for which the hospital billed her $195,000, saying her breast cancer was a pre-existing condition. Her attorneys say the company spends only 30% of its $180 million in annual revenue on medical bills, the rest being pure profit. Aliera responded to a TV station’s inquiry, “Healthcare sharing ministries provide members with a more flexible method for securing high-quality healthcare at an affordable price, something that is more important than ever to Texas residents who face increasing costs for traditional health insurance.” Washington’s state insurance commissioner fined the company $1 million last week, while Georgia has forwarded complaints about it to the FBI. 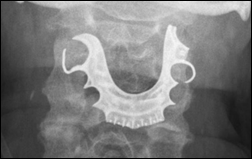 An man who made several ED visits for swallowing problems finally gets an accurate diagnosis eight days later – he had swallowed his false teeth during minor surgery. The dental appliance was then surgically removed, but repeated bleeding required further hospitalizations, blood transfusions, and emergency surgery for a torn artery.