The news comes nearly a year after Nextech owner Francisco Partners announced that it was putting the company up for sale. 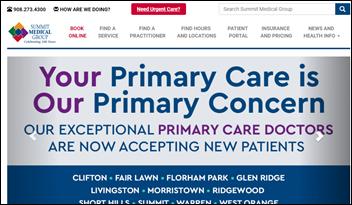 Private equity firm Warburg Pincus will buy NJ-based, 900-provider multi-specialty practice Summit Medical Group and merge it with its 120-location CityMD urgent care holding. The firm said in the announcement, “The combined organization will offer patients a seamless experience across a full spectrum of high-quality primary, specialty, and urgent care.”

Digital prescription startup Xealth adds $3 million to its $11 million Series A funding round that was announced in March.

McKesson acquires NHS-integrated prescription delivery and medication management app Echo in an effort to gain a foothold in the UK’s nascent digital pharmacy market. McKesson’s ties to the startup include ownership of Lloyds Pharmacy, from which Echo gets most of its medication supply. 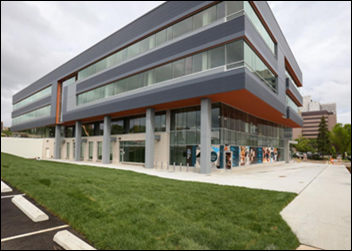 Philips announces plans to open new research space at One Discovery Square, a medical innovation complex in Rochester, MN that is owned and anchored by Mayo Clinic. Tenants will also include Epic, which owns a nearby data center that it purchased from the clinic in 2016 for $46 million. 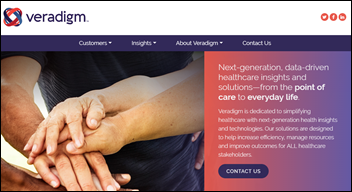 Allscripts shares rose 5% Thursday after a stock analyst said in a research note that the market is undervaluing the potential of the company’s Veradigm payer and life sciences analytics business, which he says that despite representing only 8% of sales, will eventually either drive share price upward or make the company an attractive leveraged buy-out target. 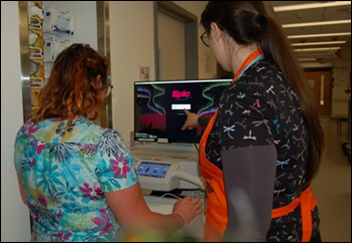 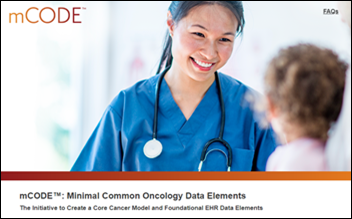 The American Society of Clinical Oncology, Mitre, and the Alliance for Clinical Trials in Oncology Foundation develop an open source set of common cancer data standards and specifications that can be incorporated into EHRs via FHIR. Cancer centers at Partners Healthcare (MA) and Intermountain Healthcare are piloting the new standards. 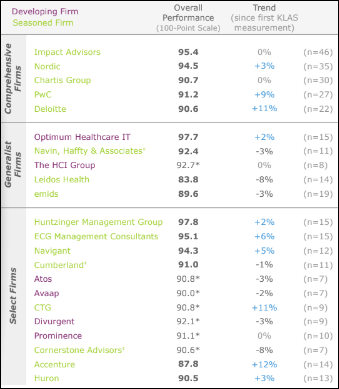 A KLAS report looks at consulting firms that offer health IT advisory services, some of which have launched their offerings recently as implementation work tapers off. The most experienced and high-performing firms are Impact Advisors, Nordic, and Chartis Group, while Optimum Healthcare IT has the best track record among developing firms.

Grays Harbor Community Hospital (WA) and its Harbor Medical Group are recovering from unspecified computer issues that forced both organizations back to paper over the weekend. The hospital’s Meditech system is up and running, while the medical group’s eight clinics are unable to tap into their separate EHR (unnamed, but it appears to be Virence Centricity). 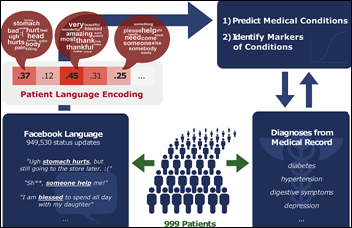 Researchers find that Facebook posts accurately predict 21 medical conditions as verified against patient medical records, although demographic data alone did about half as well. Hostile language and references to drinking were accurate indicators of substance abuse, while religious references correlated with diabetes. 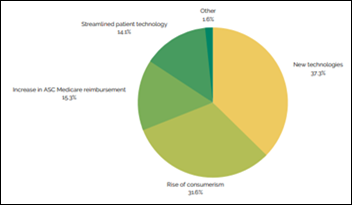 A Definitive Healthcare survey on outpatient care trends finds that investing in and implementing new technologies – especially those related to interoperability – is the top challenge, followed by keeping up with consolidation trends, managing staffing, and attracting new patients. The field of 200 respondents said that telemedicine, mobile apps, and streamlined patient technologies were among the top drivers of outpatient growth.

A retrospective analysis of diabetic patients treated at Grady Hospital (GA) finds consistently improved outcomes for those who are managed by Glytec’s EGlycemic Management System.

In Canada, a hospital located near the border between Ontario and Manitoba struggles to share information across the provincial dividing line even though patients move freely across it in choosing the closest or most appropriate hospital.

Robocall spam is overwhelming the telephone systems of some hospitals that get little help from their telephone company or the federal government in keeping the calls out. Scammers have learned to spoof the incoming calling number to force hospital operators to answer thinking it’s someone local. They are also making residential calls with the hospital’s name spoofed in caller ID, hoping to convince locals to pay fake hospital bills. 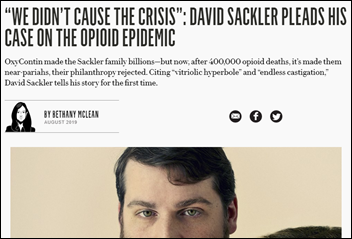 Thanks to DrLyle (Lyle Berkowitz, MD) for sending over a link to a new Vanity Fair article describing the shame that the Sackler family – which owns most of the drug maker Purdue Pharma — claims to be feeling for having made billions of dollars selling OxyContin, often via shockingly unsavory practices and lining influential pockets. A Massachusetts lawsuit against the company concludes that “eight people in a single family made the choices that caused much of the opioid epidemic.” The article notes that Joint Commission’s 2001 war on pain as “the fifth vital sign” – which arguably launched the opioid crisis in which 200,000 Americans have died of prescription opioid overdoses — came after Purdue gave $1 million to the organization. Article author Bethany McLean, DrLyle’s sister-in-law, was the co-author of 2004’s “The Smartest Guys in the Room: The Amazing Rise and Scandalous Fall of Enron.” 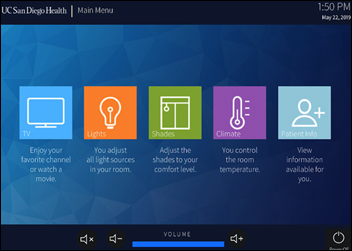 UCSD researchers find that one-third of inpatients didn’t use the tablet-controlled room environment app that the hospital placed in every patient room, although interestingly, older patients used it more than younger ones, although the authors note that they can’t determine whether it was the patient themselves or their family members running the controls. They also note that accessibility issues may have been a problem in services such as neurology and surgery.

A study in JAMA finds that patients of surgeons who behave unprofessionally experience more post-surgical complications than those whose surgeons act more professionally. Negative behaviors included “unclear or disrespectful communication, poor or unsafe care, lack of integrity, and failure to follow through on professional responsibilities.”