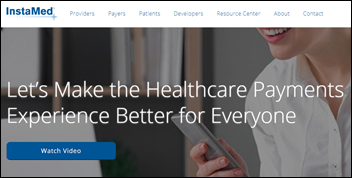 JP Morgan Chase will acquire medical payments platform vendor InstaMed for more than $500 million. It’s the bank’s largest acquisition since the 2008 financial collapse, when it took over the failing Bear Stearns and Washington Mutual.

The bank’s head of wholesale payments says that 90% of providers still bill on paper. He says an acquisition makes more sense than starting from scratch since InstaMed has already created both the platform and its extensive network.

From Malted Milk Ball: “Re: ‘most powerful’ and ‘most influential’ lists. What is their methodology?” You’ve seen those click-baity “Best Hamburger in All 50 States” and “The Best Dog Breeds for Families” lists, compiled by some social media-savvy kid who has zero first-hand experience but who knows how Google and steal data from online sites. As far as I can tell given minimal transparency on the process, this is the same. Either someone is nominated (most likely by themselves) or aforesaid Googler simply heads over to LinkedIn. At least HIMSS is honest in accepting nominees for its “Most Influential Women in Health IT Awards,” although a committee of unstated membership makes the final decisions, gives preference to HIMSS members, and obligates nominees to contribute two HIMSS fluff pieces. It’s also good to remember that HIT fame is fleeting – Modern Healthcare’s 2008 “Most Influential in Healthcare” list was topped by Steve Case (Revolution Health Group) and Eric Schmidt (Google), then rounded out by some folks who have since passed away as well as those who are mostly forgotten, are now viewed less favorably, or who held a powerful role for a short time (former Hackensack CEO John Ferguson, short-term National Coordinator Rob Kolodner, and former FDA Commissioner Andrew von Eschenbach caught my eye among faded politicians and lots of people I’ve never heard of).

A combined 53% of poll respondents take the federal government at its word in pushing interoperability to give patients more control and to save money, although a significant number believe its motivation is to benefit data brokers or to discredit previous administrations.

New poll to your right or here: If you’ve coordinated post-acute care for someone in the past five years, how hard was it? The bonus question, which you can answer by clicking the poll’s Comments link after voting, is how technology might have made the process easier or better.

Dear people who are writing for public consumption: please don’t start sentences with “there,” “so,” and “and.” It would also be nice if you didn’t mismatch a collective subject with a plural verb, as in, “The group of hospital CEOs are attending a conference.” Don’t misspell the possessive “its” as “it’s,” a mistake so prevalent that it seems more the rule than the exception. You can certainly write however you like when your readers are acquaintances — the folks with whom you would be comfortable wearing a ketchup-stained tee shirt or after having one-too-many glasses of wine —  but everybody else is forced to judge you on your thoughts and how well you express them. Most knowledge workers whose writing style is below average will see significant ROI from applying the slight bit of effort that is required to move to above-average (especially since the average is moving down). I’m preachy about this, but only because I want all readers to do everything they can to be successful.

Listening: Brooklyn-based Afrobeat band Ikebe Shakedown, a 1970s-style groove of big horns and wah-wah guitar funk. The Afrobeat genre was created long ago by the legendary Fela Kuti and is carried on by groups like Newen Afrobeat. I’ve seen an Afrobeat band live at an outdoor event and it gets people moving more than just about any other kind of music. I’m also still playing a lot of surf rock ran across the all-female, Canada-based Surfrajettes, which YouTubers compare to a Tarantino movie, what Austin Powers extras do on break, and “one of the best living room bands I’ve seen.” 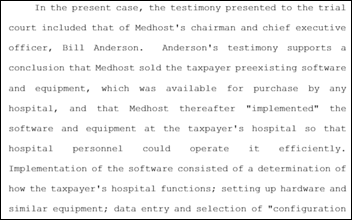 The Alabama Supreme Court rules that purchasers of all software, regardless of whether it is off-the-shelf or customized, must pay state sales tax. Russell County Community Hospital paid the state $18,000 in sales tax for its Medhost software and equipment (as correctly billed separately by the company to comply with state law), but the hospital then petitioned the Department of Revenue for a refund in arguing that what it had actually purchased was non-taxable “custom software programming.” The Supreme Court disagreed, ruling that “all software, including custom software created for a particular user, is ‘tangible personal property’ for purposes of Alabama sales tax.”

Pivot Point Consulting launches HIM services that it will back with quality guarantees. 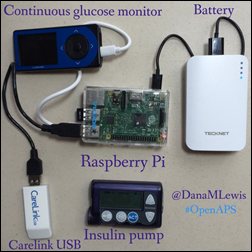 FDA warns users of do-it-yourself artificial pancreas systems that the individual components, including software, don’t necessarily work together to accurately control blood glucose levels. This follows a report of a patient who received repeated insulin overdoses due to incorrect blood sugar readings issued by their homebrew setup.

A single-hospital review finds that adding internal timer functions to the EHR and monitoring its event log allows the hospital to reliably measure the before-and-after result of software changes. It this determined that streamlining the nurse’s EHR patient history function reduced user clicks and the time required by more than 70%. I like this work for two reasons: (a) it highlights the importance of focusing relentlessly on optimizing clinician EHR time; and (b) it provides an automated way to capture the result that goes beyond (or perhaps hand-in-hand with) user surveys and anecdotal reports from the more IT-friendly clinicians.

Unrelated but interesting: Uber and Lyft drivers who are waiting to pick up fares at Reagan National Airport are logging out of the company driver apps right before big planes land, with the AI of the apps then triggering surge pricing because of the driver shortage. The drivers then log back in a couple of minutes later and are paid at the higher rate. Maybe this is more relevant than I think in illustrating that software-enabled gaming of the system is likely happening all over healthcare. 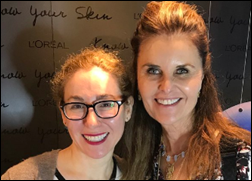 This might be the news item needed to convince movie studios to make a Theranos-like movie about microbiome testing company UBiome, which was recently raided by the FBI after complaints of billing fraud. Co-founder and co-CEO Jessica Richman, PhD lied about her age to qualify her for various low-rent “Under 30” awards even though she was 40 at the time. I pulled the photo above with Maria Shriver from her Twitter – the now-45-year-old Richman is on the left. In a Theranos-like poorly kept romantic secret, insiders also say she was in a relationship with her co-founder, Zachary Apte. It’s pretty obvious – online records I checked in the free parts of some people-searching sites show both of them living at the same address in Washington (the article says they have houses in two states) and voter records confirm that Richman is 45 and Apte is 34. Lack of age-checking leads me to ponder how organizations that have separate awards for women verify the nominations – do they go strictly by appearance or name and are slippery slopes inevitable?

Newly filed tax records indicate that UPMC CEO Jeffrey Romoff got a 40% raise in 2018, with $8.5 million in total compensation. Another two dozen of the health system’s executives exceeded $1 million. UPMC reported FY2017 profit of $189 million on revenue of $13.5 billion. 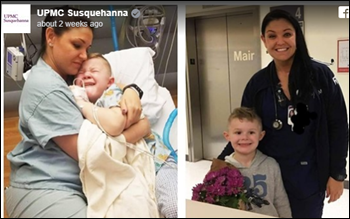 I’m pretty sure this little guy who had just emerged from tonsil surgery at UPMC Susquehanna was happier to be comforted by Annie Hager, RN than one of UPMC’s million-dollar executives. He even brought her flowers for his follow-up visit, making it her turn to cry.