CMS has launched an Artificial Intelligence Health Outcomes Challenge. The three-state competition is planned to “accelerate artificial intelligence solutions to better predict health outcomes such as unplanned hospital and skilled nursing facility admissions and adverse events.” The CMS Innovation Center plans to use the data “in testing innovative payment and service delivery models.” Partnering with the American Academy of Family Physicians and the Laura and John Arnold Foundation, CMS will award up to $1.65 million during the three stages.

CMS has decided to be confusing by naming the three stages “Launch,” “Stage 1,” and “Stage 2” rather than just numbering them. Launch is essentially an application phase, with 20 participants selected to advance to Stage 1, where challengers will design and test their solutions using Medicare claims data. Up to five participants will move to Stage 2 where they can refine their solutions using additional Medicare data sets. The grand prize winner will receive up to $1M with a $250,000 award to the runner up. Launch is already underway and the program will run through April 2020.

I was talking about this with a colleague, particularly the focus on diseases rather than health and prevention. There are so many factors that could immediately impact both individual and population health parameters that don’t require a challenge or competition. We already know what needs to be done, but lack funding to do it. These not-so-sexy solutions involve things like public health education, social workers, and strategies to eliminate food deserts and improve healthy behaviors. AI is a pretty distraction from the difficult work that could (and should) be happening. 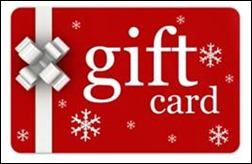 Speaking of the challenges found in trying to improve healthy behaviors, there is much speculation on whether financial incentives make a difference. Many organizations including my own hospital have done this by increasing insurance rates for smokers or offering discounts for non-smokers or those who complete a biometric profile. Discounts for non-smokers seem to make sense because we know smokers have more illnesses thus higher healthcare costs; the benefits of a biometric screening, however, have not been proven. I know that for me personally, going for the biometric screening did nothing to change my behavior, but cost me a half day out of office.

A recent article in the Journal of the American Medical Association looks further at the effect of financial incentives on improving healthy behaviors. In a recent US-based randomized trial, lottery-based incentives tied to medication compliance didn’t lead to a significant reduction in cholesterol levels. Another study found lack of reduction of cardiac events or hospitalization even though patients could earn more than $1,000 for being compliant. Other studies including those looking at smoking cessation in pregnant patients do show some benefit for financial incentives.

The article looks at reasons why studies might not show successful incentive use, including bias created when patients self-select for a study, since those who self-select are more likely to be motivated to change behavior whether there is an incentive involved or not. These motivated patients “rarely represent the population most in need of support, yet they are most often targeted by trials.” There are also issues creating control groups and in timing study enrollment based on patients transitioning through “hot and cold states in which their motivation varies, potentially determining their response to incentives.” Another issue is offering an incentive that is too small for the desired behavior change, which can be a negative motivator when higher incentives may actually drive change.

The authors conclude that when incentive-based interventions are being designed, subtle factors need to be considered, including the size / frequency of the incentive, how it’s positioned, and whether the target population fully understands the incentive and the desired behavior.

From Midwest Afficionado: “Re: pastry therapy. Here’s some for you, Dr. Jayne, in the form of an edible book festival.” Apparently, this is the third annual edible book festival at Washington University School of Medicine in St. Louis. Although submissions were welcome from any genre, there was a special award category for “Most Edible Medical Book.” Submissions will be eaten promptly at 2:30 p.m. Previous entries included a “Checklist Manifesto” Rice Krispy Treat and a tribute to “Grapes Anatomy.”

Data from a recent Kaiser Family Foundation tracking poll indicates that patients aged 18-29 believe EHR technology has led to increased quality of care and has improved provider communication. The age bracket caught my eye since if you consider the pre-MU era (pre-2009) to be solidly pre-EHR, most of these patients weren’t even adults, so it might be a difficult comparison. General public perception of the benefits of EHR has decreased – in 2009, 67% of patients believed EHR would improve care, but a decade later, only 45% believe it has actually happened.

Still, only 6% of respondents said they felt EHR has worsened quality of care and 7% felt communication has worsened. More than 20% of patients said they or a family member has found an error in their chart. More than half of respondents voiced concerns about unauthorized access to the medical record, although younger adults (that 18-29 year age group) are less likely to be concerned than other age groups. I suspect that group is used to having their data used or mined by third parties, or that perhaps they’re just so used to hearing about data breaches that it is less concerning.

The American Medical Association shares sound advice on the use of wearable health devices in practice. They note four main possible issues that should be considered when adding devices to the care plan. Patients might disengage before the benefit can be realized, either due to convenience or perceived lack of benefits. They might also ignore symptoms and rely too much on devices. Others may obsess over the data, resulting in anxiety. Last, they might try to interpret the data without physician help, leading to false-positives and additional intervention. It was a nice little review of what to think about, and should be helpful for physicians who don’t have a lot of experience with wearables.