For your entertainment pleasure, ONC has released the public comment submissions received on the “Strategy on Reducing Regulatory and Administrative Burden Relating to the Use of Health IT and EHRs” document. More than 200 comments were received, with the majority being in the areas of HIT usability and clinical documentation. My personal favorites:

Most of the vendor submissions were lengthy, but I commend Epic for their two-page submission that calls out two key elements, one of which is the fact that “the electronic patient access timelines for Medicaid Promoting Interoperability are not aligned with Medicare Promoting Interoperability or MIPS, causing additional complexity for provider organizations and software developers, despite previous indications that the programs are intended to be aligned.” Whoops!

Healthfinch included the adorable Charlie on their submission as they championed the need for ONC to include delegation of routine tasks into strategic goals. They also ask for recommendations that state boards “address inconsistent and unclear “scope of practice” guidelines.” Can I have an amen from the congregation?

Intelligent Medical Objects (IMO) sent a very organized submission with a table of contents. The fact that they cited the original text then followed with their comments for each point they were making helped tremendously compared to other submissions. I was also interested to learn about an organization called the “Partnership to Amend 42 CFR Part 2” whose goal is to align various privacy rules to allow appropriate sharing of health information around substance use disorders.

One community hospital quality coordinator sent a submission that had at least seven fonts in it, which forced me to stop reading since it felt like a ransom note. I was surprised by the number of typos and grammar errors in some of the submissions, as if spelling and grammar checks weren’t run. It’s hard to take comments from a Top 3 EHR vendor seriously when the author hasn’t edited properly for its vs. it’s. Another submission was clearly written in Notepad, which is always entertaining for us IT folks. 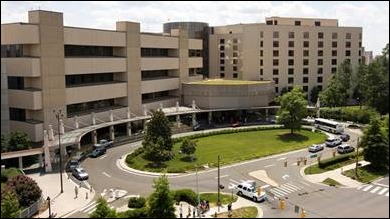 The only other exciting conversation this week was around the Duke University whistleblower settlement. Lung researchers were caught faking data for inclusion in grant applications to the National Institutes of Health, resulting in a $112.5 million False Claims Act settlement. The whistleblower is a former staffer in the department. He’ll receive 30 percent of the settlement, which is a good amount since his career as a research biologist is likely to be over. The US government will receive the balance. There was a fair amount of misconduct in the involved labs, with the need for retraction of 17 scientific articles to date as lab technicians either falsified data to document a desired result or sometimes failed to even conduct experiments where data was recorded.

Would you ever risk it all to be a whistleblower? How serious would the situation have to be? Leave a comment or email me.