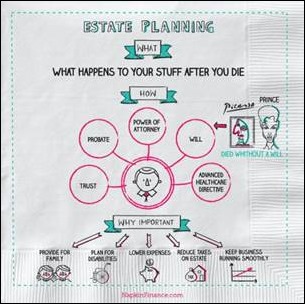 There was another big story about telemedicine in the news this week, this time about a young man who had to undergo what sounds like a competency evaluation via video prior to signing a “do not resuscitate” document. Regardless of the telemedicine situation, the story is heartbreaking. A young man with testicular cancer is dying. His wife did not have power of attorney, and it sounds like the hospital was concerned about his ability to legally sign the document.

The focus of the story is the telemedicine angle, whether it’s poor connectivity, level of compassion, etc. I haven’t seen a news piece, however, that addresses the other issues that are brought to light by the situation. Namely, how it got to that point in the first place.

This was a patient with a recurrence of testicular cancer, which is a serious situation. Of course, we don’t have all the medical details of the case, but there are some non-medical issues at play here. For an oncology patient with a young family, we should hope that a comprehensive advance care planning session should include not only discussion of end-of-life wishes, but also the need to have the appropriate legal documents in place. These discussions need to happen early in treatment, while the patient can discuss with their family and make good decisions and before events unfold that put decision-making capacity in question.

Seeing the pictures of his young daughter made me wonder if he had a will, and if so, did the attorney involved (if there was one) also advise on advance directives and power of attorney documents? We always think about healthcare organizations supporting patients in these situations, but what about legal organizations? Are there channels for attorneys to volunteer services to families like this to ensure they have the supports they need? Why is it always the physicians and hospitals that bear the brunt of responsibility for failure in these heart-wrenching situations?

I know I’ve covered this topic before, but everyone needs to have these conversations, whether you’re sick or well. We never know what is going to happen, what illness or speeding car might strike us down. However, in the situation where someone potentially has a terminal illness, it should be happening without fail.

I don’t know about the laws in the jurisdiction where this story occurred, whether a psychiatrist specifically was needed for the determination of capacity or whether anyone else in the hospital could have done it. We don’t know if this was the middle of the night or the middle of the day. Perhaps the video consult was offered up as a way to speed things, if it would have taken longer to bring the appropriate clinician into the hospital. There aren’t a lot of facilities that keep psychiatrists in-house at all times, so maybe the choice that was made was the best one at the time even if it didn’t play out as the family expected. Approaching end of life is challenging enough even when all the paperwork is in place and the family is supportive of the patient’s wishes.

My thoughts go out to everyone involved. I encourage everyone out there, young or old, healthy or not, to have these conversations with your family members and to make sure you have the right paperwork in order to make the best of a terrible situation when the time comes. Eventually, death comes for us all. 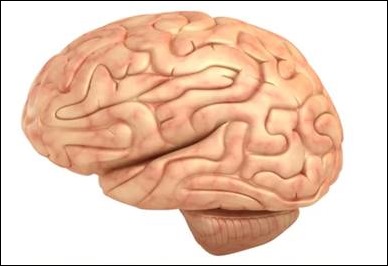 Another situation I ran across this week that demonizes technology without addressing other “comorbid conditions” was an interview with Eric Topol. This time, EHRs are the bad guy, but artificial intelligence is going “make healthcare human again,” at least according to his newest book. I don’t know Dr. Topol other than by what I have ready in his books and in various interviews, but I’m awfully tired of people who seem to have all the answers to what are undoubtedly very complex problems.

Topol lists EHRs as “the single worst part of the deteriorating doctor-patient relationship.” Although I agree they’re a factor, I personally think the worst part of the deteriorating relationship is the devaluation of the relationship itself. Because our medical system in the US is so broken, people no longer value the concept of a lifelong primary care physician who is going to know you as a patient and understand what optimal health means for you. We’ve sacrificed it on the altars of cost and convenience because those elements are more important for many of the people in our society. We’ve decided that it’s more important to treat populations (numbers) than people (outliers) and have incented people to behave in a way that supports that. Providing clinical expertise has become transactional and commoditized.

I feel this acutely every day that I see patients, especially on those days when I am part of a story that starts with a seemingly minor medical problem and ends with, “I went to the urgent care and now I have cancer.” I never dreamed that as an urgent care physician I would diagnose the number of life-threatening conditions that I see on a regular basis. It falls to us because people don’t have primary care physicians, they can’t get in to see them, or they can’t afford to get medical care. Once I diagnose people and refer them to the appropriate subspecialists, they’re generally lost to me unless they follow up with a card or a note. However, they don’t leave my mind and their stories haunt me every time I see a patient with a similar presentation.

Fixing EHRs isn’t going to fix the fragmentation in care. First, we have to decide as a society that unfragmented care is important. We have to decide that primary care and public health are important and we have to support those decisions with our pocketbooks.

I have a friend at a large health system that just spent half-billion (with a “b”) dollars on an EHR rip-and-replace. How much was she able to get as a grant for a school-based health clinic to serve children who never see a physician or other clinician? Zero. She had to pull together a coalition of community organizations to fund it despite her non-profit employer sitting on one of the largest cash reserves in the nation.

Topol says EHRs are “uniformly hated” and that’s just not the case. Sure, we dislike clunky interfaces and click-happy screens, but we sure love being able to process a drug recall in 90 seconds and notify 10,000 patients with a dozen clicks. We never loved our paper charts (and some of us hated them), but in reality, how many people “love” the tools they use for their work? Do mechanics love their tools? Do bankers love their tools? Do teachers love smartboards more than they loved chalkboards or whiteboards? Talking about the dynamics of love/hate just raises emotions and makes it harder for us to rationally evaluate what we’re really working with and how we are able to use it well vs. struggle with it.

Topol does at least give a passing mention to the healthcare disparities in the US, noting that increased use of AI and data “could make things much worse if these tools are only provided for affluent people.” We’re already at that point, where people struggle to pay for basic healthcare. If we can’t universally deliver vaccines (proven cost effective) to all people, are we really going to be able to afford gathering and analyzing all their data (not yet proven to be as spectacular as some people think)?

Fixing the EHR might make the day smoother, but it’s not going to fix the major underlying issues in healthcare. It’s not going to fix a hospital system that lowballs physician salaries in the name of value-based care, but turns around and builds a multi-million-dollar imaging center. It’s not going to fix an insurer that will pay $30,000 for a gastric bypass for a teenager after it wouldn’t pay $2,000 for an intensive weight management program that might have prevented or delayed the need for bariatric surgery. It’s not going to fix nursing ratios on patient care floors that are inhumane, not to mention unsafe.

I don’t have all the answers, but I’m pretty good at stirring up a discussion. What do you think is the worst part of the deteriorating patient-physician relationship? Leave a comment or email me.