Physicians are always up in arms about quality reporting, having been burned by payer, federal, and institutional quality programs. The American Academy of Family Physicians released a position paper recently that hopes to help influence the development and use of quality measures in physician payment initiatives. The Academy plans to use the principles outlined in the paper in its discussions with payers, health plans, and healthcare IT developers.

The first principle involves differentiating between quality measures and performance measures, with a goal of using the former for internal clinical improvement while reserving the latter for comparative data and resource allocation efforts. AAFP supports the use of performance measures, not to drive penalties, but to show where investment should be made to improve access and equity in healthcare.

The second principle addresses integration of quality measures into an overall methodology, allowing for “a safe space to allow honest assessment of care without fear of punishment and without pressure to increase revenue or produce bonus payments.”

The third principle outlines the need for a single set of universal performance measures that “focus on outcomes that matter most to patients and that have the greatest overall impact on better health of the population, better healthcare, and lower costs.” A secondary goal is limiting the measures that are included in value-based payment programs since “giving in to the temptation to measure everything that can be measured drives up cost, adds to administrative burden, contributes to professional dissatisfaction and burnout, encourages siloed care, and undermines professional autonomy.” It goes on to say the standard set of measures should be used across all payers, programs, and populations.

Principle Four addresses the application of performance measures at the system level, with risk adjustment as needed for demographics, case severity, and social determinants of health.

The sixth principle calls for health IT redesign, encourage automated data collection and quality measurement while eliminating the need for self-reporting. I’m not thrilled that AAFP left this one at the bottom of the list as it is so critical to the success of primary care moving forward.

I’m working with a couple of vendors that are taking existing EHR data and using it in novel ways at the point of care, focusing on making life easy for clinicians and improving outcomes for patients. It’s been refreshing to see their enthusiasm, but the rubber will meet the road as they begin integrating with EHRs since their products essentially replace clunky or non-existent EHR features that clinicians need and want. The future of healthcare IT is bright and there are many challenges to come, a good thing since unless I win the PowerBall, I’ll be here for a while.

My curiosity was piqued by a pre-HIMSS email for Edgility, a vendor that claims to be “bringing situational awareness to healthcare.” It’s always interesting when a phrase can be used in multiple contexts, and seeing “situational awareness” my mind went directly to my most recent self-defense class. If you’ve ever spent time with military or law enforcement people, you’ll know what I mean about situational awareness. You will have had to sit where you don’t want to sit so that someone else can have their back to the wall.

For those of you who might not be preppers, here’s a quick summary of how others think of the phrase. It’s amazing how the 10 tips provided in the article directly apply to what we do in healthcare IT: learn to predict events; identify elements around you; trust your feelings; limit situational overload; avoid complacency; be aware of time; begin to evaluate and understand situations; actively prevent fatigue; continually assess the situation; and monitor performance of others. Even the ad for the bug-out bag applies, knowing how hospital staffers coped with working during recent natural disasters.

One of the sessions that caught my eye for HIMSS is one covering a Centers for Disease Control project that is digitizing infectious disease guidelines to work within EHRs. The team’s goal is to create digital algorithms and guidelines that could be easily consumed by various EHR platforms, shortening the time that it takes to implement that kind of decision support within the EHR. In our global environment, there’s a need to stay vigilant about emerging diseases. My dermatologist’s office still has a sign up advising patients to let staff know if they’ve traveled from West Africa, even through it’s been years since Ebola was in the US.

It’s also important to be able to use guidelines for diseases that we see more than we should, such as the current measles outbreak. If this topic floats your boat, you can join me on Tuesday the 12th at 3 p.m. in room W311E.

Neurodiagnostics vendor Oculogica, Inc. recently received FDA approval for its EyeBOX concussion detection tool. It can be used on patients from five to 67 years old and employs eye-tracking technology to identify patients with suspected concussion. I regularly see concussions in clinic and not just from football any more. Some of the worst I’ve seen have been from water polo and field hockey. The EyeBOX solution doesn’t require documentation of a testing baseline for athletes and isn’t easily gamed by someone who is eager to return to play, unlike some of the alternatives. 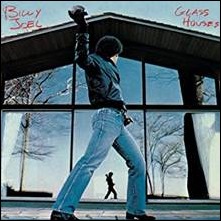 I’m engaged in a health exchange project that happens to include a client using the Greenway Health EHR, so you can bet there was plenty of buzz today about the payment the company will be making to settle recent False Claims Act allegations. One of the key allegations was Greenway’s modification of the software that is used in the certification testing so that it appeared that Prime Suite had certain capabilities. News flash, folks — it’s not just Greenway. I suspect there are plenty of other vendors out there who cooked their software a bit to either pass certification more easily. I’ve seen functionality that was included for testing that was later implemented in a materially different way for the rollout to actual clients.

The only way to truly protect consumers is to require testing on off-the-shelf products by independent testers, not a dream-team of vendor employees who know how to grease their way through the defects. This is similar to what we saw with Volkswagen sneakily modifying test builds for their diesel vehicles. I’ve already heard other vendors bad-mouthing Greenway and all I’ll say is that people in glass houses shouldn’t throw stones.

I’ll be headed to sunny Orlando soon, so this will be my last post until HIMSS starts on Monday. Watch this space for all the news, rumors, party updates, and great shoes.