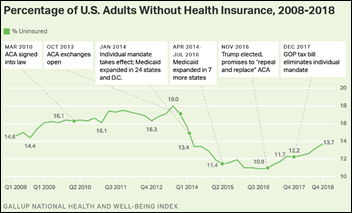 The US uninsured rate rises to four-year high of nearly 14 percent.

The increase was driven by higher premiums, less competition as some insurers pulled out of marketplaces, and the White House’s declaration that “Obamacare is dead” coupled with its elimination of the individual mandate, shortened enrollment periods, and deep cuts in signup promotion.

From Will the Real HIMS(S) Please Stand Up?: “Re: Hims. The subscription ‘boner and hair pills’ startup will be what comes to mind to non-health IT folks, although maybe they should book a HIMSS booth considering the demographic. The company uses an HIT-like Silicon Valley formula – find an incredibly complex problem, find a disruptively quick ‘solution,’ and throw a ton of money and marketing at it.” This particular Hims offers web-based doctor consultations that always end up with mailed-out prescriptions for what customers want – generic Propecia and Viagra – without looking a PCP in the eye, all under the highly questionable label of “personal wellness.” They will also sell you overpriced vitamins that any competent doctor would assure you offer no benefit whatsoever. It’s weird how in healthcare people cough up exorbitant amounts just because they saw an ad for something that is worthless at best and potentially harmful at worst, but refuse to pay for actual, sound medical treatment – everybody just wants that pill they’ve heard about (and for someone else to pay for it). Hims targets young, tech-savvy men who, I’m willing to bet, don’t bother to buy health insurance or save money to pay unexpected medical bills. Meanwhile, that reminds of something I’ve mentioned several times from years ago, when HIMSS went on a short-lived tear to suddenly start making its staff say out its name as H-I-M-S-S, which made me want to scream a la Sam Kinison to Rodney Dangerfield in  “Back to School,” “SAY IT … SAY IT.”

From Don’t Touch the Area Under My Curve: “Re: Apple. I know you have a poll going, but what would you do in healthcare if you were Apple?” Probably nothing. Apple’s problem its lack of innovation in a mature market, compounded by the fact that it already rakes in $350 billion in annual revenue — $40 billion of that from services, about the same as the company’s annual profit – and even buying Epic, Cerner, and 10 other health IT vendors wouldn’t kick a dent in its financial universe in the unlikely event that Apple could improve their respective situations. Apple’s services revenue dwarfs everything in healthcare that doesn’t involve pharma or insurers – the App Store, Apple Care, ICloud, ITunes, and Apple Pay rake in the cash, but those are tied directly to use of it hardware (ICloud is one of few offerings that works on other platforms) and don’t require a lot of customer hand-holding or an explanation of why they are useful. Tim Cook’s priorities, other than trying to do a Lazarus on Steve Jobs, should be to make Apple’s upcoming streaming TV a killer app, redo the awful ITunes to better compete with Spotify, and consider making acquisitions in big-scale streaming content, home security, or online photo hosting / filtering (I would have gone for Sonos instead of Beats by Dre with my billion dollars, but that’s just me). If they really want to get into healthcare, how about:

Last chance for HIStalk sponsors — contact Lorre to get your company included in our HIMSS19 guide, which will describe anything cool you’re doing there (giveaways, booth activities, etc.) She’ll even make you a “We Power HIStalk” sign if you really want to impress your booth visitors (well, you’ll impress me, anyway). I’m also still on the lookout for fun celebrities to hang out in our booth for an hour to welcome your followers (if you don’t have followers, you’re probably not really a fun celebrity). We’ve had everybody from former Surgeons General to Super Bowl players to noted authors squeezing into our microscopic exhibit hall space just to press flesh. 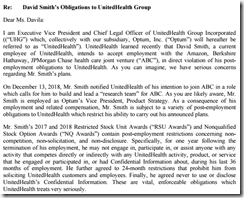 Optum sues its former VP of Product Strategy David Smith for violating his non-compete after announcing his intention to head up research for the unnamed healthcare venture of Amazon, Berkshire Hathaway, and JP Morgan. The UnitedHealth Group business sees the new company as a threat even though it hasn’t announced how it will reduce healthcare expenses for the three participating companies. Optum alleges that Smith is one of fewer than 50 employees who had access to detailed profit and loss statements, also noting that he printed a confidential company market analysis exactly one minute before printing his resume and then continued printing internal documents until his last day. Smith’s attorneys argue that Optum can’t prove that he is violating his non-compete since neither they nor anyone else knows what he’ll be working on. 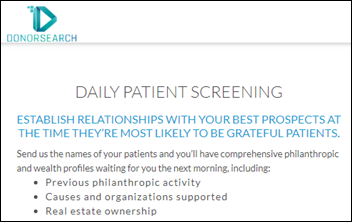 Hospitals are running nightly “wealth screening” analytics on inpatients and then hitting them up for donations. Hospitals such as MedStar, Johns Hopkins, Cedars-Sinai, and NYU Langone use software such as that sold by DonorSearch to identify the small percentage of wealthy inpatients by searching public real estate and donation records. They then send those patients extra amenities (like plush bathrobes) or dispatch a hospital executive to their rooms to schmooze. They are also training frontline doctors and nurses to pass along the names of patients who express gratitude so they can be approached. Ethics experts aren’t thrilled with the practice, but it’s legal since a 2013 HIPAA change that allows hospitals to use protected health information for fundraising. The article describes a retired TV engineer and Medicare patient who resented being pressed for a donation from St. Clair Hospital (PA), which last year reported $48 million in profit and CEO compensation of $1 million.

Banner Health, responding to my inquiry, confirms that it has hired Deanna Wise, former EVP/CIO of Dignity Health, for what I assume is CIO (Banner didn’t confirm her exact title). She was announced on December 4 as CIO of CommonSpirit Health, the 140-hospital, $30 billion Chicago system that is being formed by the merger of Dignity Health and Catholic Health Initiatives, but she left immediately afterward.

DirectTrust reports that its users sent 110 million messages in Q4 2018 as user count increased by 35 percent and organizations served increased by 30 percent. 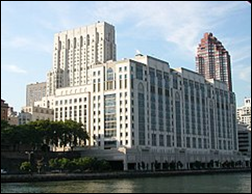 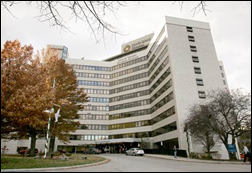 The Rhode Island Health Department charges four Rhode Island Hospital ED physicians with medical misconduct after they voluntarily report errors that caused wrong scans to be ordered. The hospital’s users believe the charges are unfair and will discourage safety-minded providers to self-report issues. The hospital, part of the Lifespan network, rolled out Epic in 2015.

Healthcare futurist Jeff Goldsmith doesn’t like owners of health assets that are poorly integrated under single brand name calling themselves “health systems,” noting that their poor performance should raise questions about how much value they create. He says a true health system: 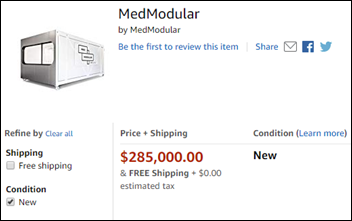 Amazon adds “smart” hospital rooms from EIR Healthcare to its retail offerings. The MedModular units retail for $814 per square foot and include a bed and bathroom. Shipping is free, but even Amazon Prime members won’t get their new room within two days.