It’s been a busy week for Apple when it comes to healthcare:

From Bjorn Again: “Re: out-of-work executives temporarily consulting. Many just need a title while playing out their parachute and await their next position. I’m a career consultant and these folks distract our prospects from the skills and work we propose, sometimes even making us look bad as we don’t expect to be paid $300/hr. Sometimes they bid or leverage their previous relationships to win over a better, but slightly lesser known option. The big one for me is the old-time vendor execs who have been culled out and are now consulting, suddenly claiming to understand BI, blockchain, machine learning, cloud, etc. after working 27 years for a mainframe-based company, passing off a hobby or reading LinkedIn articles as a professional skill.”

From Former Startup CEO: “Re: startups. Graduating from an incubator or developing a minimally viable product is just the beginning. Companies don’t know how to grow to profitability and the time and expensive of onboarding one new client doesn’t match growth expectations of 10 per week for several months. They don’t know how to gain business or traction. Investor portfolios are filled with dogs (bad investments) and puppies (soon to be dogs) because it’s too hard to deploy their solution.” 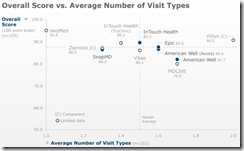 A new KLAS report on telehealth platforms finds that few vendors have customers using their product for all three forms of telehealth (on-demand care, virtual visits, and specialty consultations). Epic — whose product works only within its own system — and InTouch lead in value and impact, while only Epic, American Well, and MD-Live have more than half their customers moving along an EHR integration path.

Politico reports that Partners HealthCare (MA) briefly took its Epic EHR offline Wednesday to handle unspecified technical issues. A hospital spokesperson was quick to rule out the possibility of a data breach. This Twitter thread, prompted by the Partners event, provides some amusing insight into provider attitudes towards downtimes. 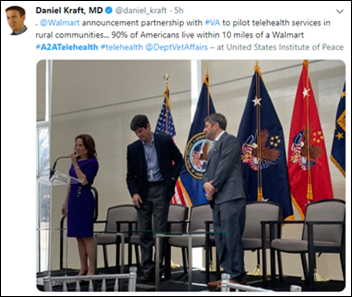 The VA announces at its telehealth event in Washington, DC that it will offer telemedicine services to vets at select Walmart stores. 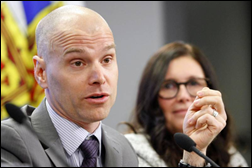 In Canada, physicians argue for more input into the already-contentious bidding process for Nova Scotia’s One Person One Record System. Cerner and Allscripts are vying for the contract. The Doctors Nova Scotia association says the process needs more providers involved to avoid the EHR problems faced by Cerner customer Island Health in Vancouver. According to DNS President Tim Holland, MD, “If you look at how the electronic health record was set up on Vancouver Island, it crippled their healthcare system, it completely paralyzed their ability to deliver care in hospital, and it had a huge negative impact on patient health and patient safety … if done poorly, this could cripple our healthcare system. It’s very important that frontline healthcare workers — doctors, nurses, and the organizations that represent them — are involved in the development and implementation of this system.”

I missed this in Health Affairs last month: Pascal Metrics develops software that uses machine learning and EHR data to detect and alert providers to medical errors in real time. Developers found that the program could detect errors as they happened at higher rates than current methods, but experts have pointed out that the false positives triggered by the software would a pain for hospitals to deal with.

Medical City Dallas mistakenly bills a patient for $13,000 after a “patient portal mix-up,” according to MCD. The situation was remedied only after the patient took her predicament to the local news. Coincidentally, University of Michigan researchers find that out of 2,300 patients, only one-third used a patient portal in 2017. Respondents cited lack of need, a desire to speak with their provider face to face, and not knowing about portal availability as top reasons for their lack of use.

Teladoc is quick to refute claims of inappropriate employee relations and insider trading that were made in an article from the Southern Investigative Reporting Foundation. The report says the CFO was having an affair with the lower-level employee and shared company stock advice with her. The employee bragged to co-workers who complained to their boss, who pushed through an investigation. The CFO got off with a warning and a one-year loss of share vesting, his girlfriend was not disciplined and later left the company with an unstated severance, but the boss who pushed the investigation was fired. Nobody was investigated by the SEC for insider trading. The company said it acted swiftly and fairly in taking appropriate disciplinary action. 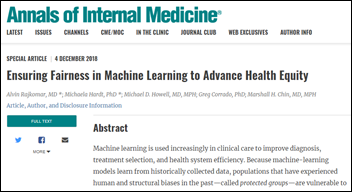 I find it ironic that Googlers argue for fairness in machine learning when their co-workers are preparing to strike over the company’s plan to launch a censored search engine in China. 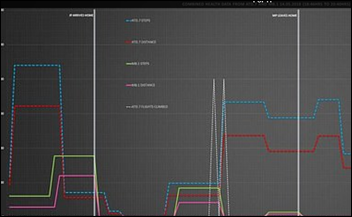 A Weird News Andy wannabe reader is happy he beat WNA to the punch with this story. In England, a pharmacist faces life in prison for strangling his wife in a staged burglary that he hoped would allow him to collect $2.6 million in life insurance. He planned to use the money to join his same-sex lover in Australia, where they would use the wife’s frozen embryos to start a family. Police examined the IPhones of the man and his wife, discovering that Apple Health showed her resting while he was frantically staging the phony crime. It also showed that her phone was moved 14 steps as he took it outside and dropped it for police to find, with the time stamp disproving his claim that she was alive when he left. 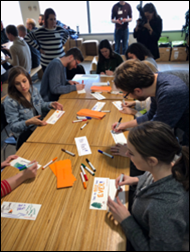