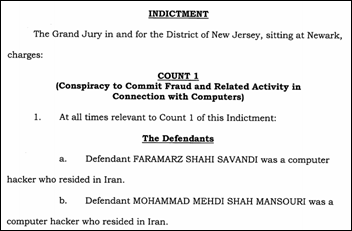 Unsealed court documents reveal that two Iranian hackers were responsible for SamSam ransomware attacks on 200 organizations earlier this year in the US and Canada, including Allscripts. The victims, which also included hospitals and municipalities, wound up paying over $6 million in ransom and incurring over $30 million in lack-of-access losses. Allscripts hasn’t revealed how much money it handed over to the still-at-large hackers, and could wind up losing more money if a class-action lawsuit filed against it by an orthopedics practice in Florida winds up in court.

From Client Advocate: “Re: SpinSci. Does Anyone know if SpinSci is still in business? And, which hospitals have deployed their solutions successfully? Looking at their website, the company was started in 2005 but the latest documentation is from 2017. Crunchbase lists them as having 49 employees and $1.7M in revenue; either their staff is predominantly outside the US or, after almost 13 years, they may not have ever really taken off? Can anyone shed some light on this organization?” The oddly worded language throughout their website would suggest they’ve at least offshored their copyrighting talent. They say they’re a Dallas-based company with several global locations, including India and China. 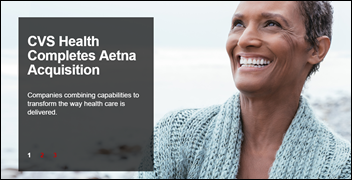 Seattle-based startup Xealth announces GA of software that enables providers to send patients digital recommendations for over-the-counter healthcare products, apps, and services from within their EHR and patient portal. Pennsylvania providers Providence St. Joseph Health and UPMC have gone live with the technology (which seems to be retailer-agnostic despite headlines to the contrary) in several departments. Privacy advocates warn that patients may wind up sharing sensitive PHI with retailers like Amazon, though the company will likely get its hands on that information anyway if its just-announced EHR data-mining capabilities come to fruition. 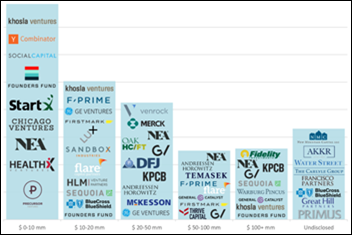 HGP puts together a list of digital health investors by round size, observing that size-agnostic investors like Khosla Ventures (Color Genomics, Iora Health, Oscar Health, Vicarious Surgical) tend to be more driven by the potential for disruption than incremental change, especially when it comes to patient empowerment technologies.

In local news coverage of Minnesota-based St. Luke’s $300 million expansion plans, President and CEO John Strange vocalizes the tension many hospital execs must be feeling when it comes to managing consumer expectations in the midst of budgeting for new square footage while attempting to adopt the latest and greatest health IT:

“With the technology changes, you are still going to need certain facilities such as operating rooms and ICUs, but more and more care is moving to outpatient. We’re just trying to make sure we have the right facility for the technology and that is an interesting scenario. The real wild card is Amazon and Google getting into healthcare, and there is rumor they are applying for a manufacturing license,” Strange said. “You could see a physician and have your prescription droned out to you. How does the local pharmacy compete against that? The hospital pharmacy is a significant part of our budget. I tell people our competition here is not Essentia. It is Amazon, Google, and Apple.” 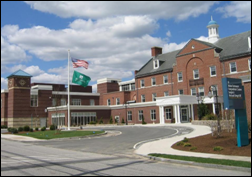 During its annual investor day, UnitedHealth CEO David Wichmann touts the company’s PHR, calling it an “effective closed loop health information exchange centered on the consumer.” The software, which will be offered to all beneficiaries, is being beta tested by three ACOs, and will soon become available to 1 million providers. Wichmann added that it’s capable of connecting to multiple EHRs (one of those likely being Athenahealth, given the company’s attempts to purchase it). UnitedHealth plans to eventually offer the technology to other payers, though it would seem the PHR market has been losing relevance since Apple came on the scene.

Ahead of ONC’s annual meeting, HHS releases 74 pages of weekend reading in the form of proposed recommendations for reducing regulatory and administrative burdens caused by health IT. Comments on the draft strategy are due January 28.

Executive Director John Windom says the VA’s Office of Electronic Health Record Modernization will hire 135 people over the next six months as it ramps up Cerner implementation efforts. Five hundred VA and other EHR end users will attend trainings at Cerner’s campus during that same timeframe in preparation for deployment beginning in 2020.

An alliance of healthcare stakeholders develops a code of conduct to help developers of third-party apps outside the scope of HIPAA appropriately handle consumer health data. The code of conduct is part of a three-phase framework that the CARIN (Creating Access to Real-time Information Now) Alliance hopes will ultimately compel developers to certify their apps according to its standards. The alliance was formed by former federal health IT heavyweights David Blumenthal, MD David Brailer, MD Aneesh Chopra, and Mike Leavitt.

Atrium Health (NC) reports that over 2 million patient medical records may have been compromised by hackers who targeted its billing services vendor, AccuDoc Solutions, in September. 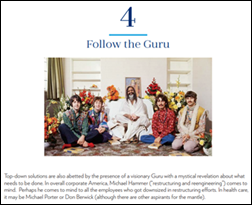 Healthcare management experts Lawton Burns and Mark Pauly pen a tongue-in-cheek report on the healthcare industry’s tendency to make, believe, and buy in to “deceptive, misleading, unsubstantiated, and foolish statements.” Touching on everything from the failure of Theranos to the misguided marketing blitz behind IBM Watson to CVS Health’s promise to achieve – finally – the Triple Aim with Aetna’s assets, the authors break down the origins of healthcare’s acute tendency to “say something positive when there is nothing positive to say.” 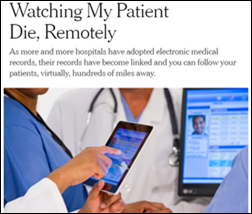 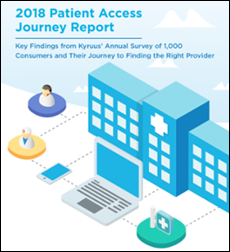 New healthcare access research from Kyruus finds that convenience is king when it comes to luring consumers through the four walls of a medical facility. Appointment availability, location, insurance acceptance, and clinical expertise were the deciding factors of those looking for new providers. Over half of the largest age groups in the study said they would switch providers if they didn’t offer online appointment scheduling.