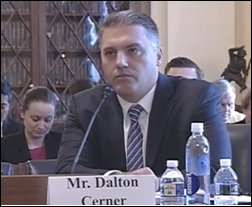 Pointed fingers fly at a House Veterans’ Affairs EHR subcommittee meeting, with most aiming towards VA program director John Windom once he let it be known an additional $350 million in personnel costs would be part of the Cerner project’s already $16 billion budget.

Windom attributed the hiring costs (part of the “fuzzy math” some committee members have complained about) to EHRM office downsizing and the need to have “highly qualified subject matter experts to grade the implementation efforts of Cerner. Those people cost money.”

Other items of interest from the oversight meeting:

From Ginsu Sharpener: “Re: CommonWell. Launching a search for a technology vendor.” The company will issue an RFP in December 2018 for “interoperability infrastructure and services.” I assume these are the services that RelayHealth has provided since CommonWell’s founding in 2013. They’ will explain more in the RFP Bidder Call on Friday, November 16 at 4:00 p.m ET.

From Watcher: “Re: ONC proposed rule from Tuesday. #3 supports a safe harbor for care coordination, which would significantly benefit social determinant and social care workflows.” HHS OCR issues an RFI to solicit the public’s views on whether HIPAA rules prevent or discourage providers, payors, and patients from sharing information for care coordination and case management. One item specifically addresses creating a safe harbor for good-faith PHI disclosure for coordinating or managing care. The change is being considered under HHS’s “Regulatory Sprint to Coordinated Care,” which hopes to remove regulatory barriers that impede coordinated, value-based care.

From Hanzi: “Re: Centra Health. Blames its Cerner implementation for its loss.” The health systems nine-month report says Cerner went live on September 1, increasing staffing costs while reducing clinic volumes. It spent $65 million on Phase I. Year-over-year operating income dropped from a $18.8 million to –$2.7 million.

From Curved Air: “Re: 3M. We were notified that one of their administrator accounts was compromised. We’re in the midst of our investigation. I figured it’s the same issue as the anonymous report you posted early.” That is correct. Two C-level readers say they received a communication from the company, but haven’t seen public reports otherwise.

I’ll report the results of this poll over the weekend, so it’s last call to vote (exit polls suggest a possible upset in that “disruptor” is even more loathed as a self-assigned adjective than “thought leader.”) 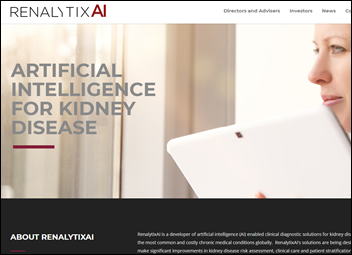 In the UK, RenalytixAI raises $29 million in an IPO that will be used to fund the launch of AI-enabled applications for the early detection of kidney disease and transplant management. The company was spun out of Mount Sinai Health System’s New York-based commercialization arm, and will use de-identified data from the health system’s Epic EHR in its product development. 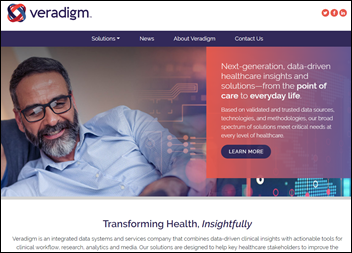 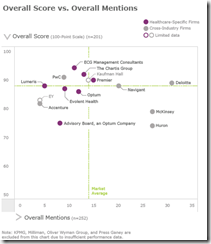 Surescripts announces that its Real-Time Prescription Benefit tool, launched last year, has increased prescriber count 40-fold and has been used 30 million times within EHRs to look up patient-specific drug price and alternative information. CVS Health says prescribers switch non-formulary prescriptions 75 percent of the time and higher-cost meds 40 percent of the time, saving patients an average of $130 per prescription. 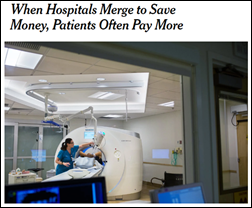 A New York Times analysis of hospital mergers in 25 markets reveals what most of us already know from Econ 101 – less competition has resulted in higher prices, despite hospital PR efforts touting the contrary. Admission prices have gone up between 11 and 54 percent in the years following mergers in the analyzed areas; they tick up even further once acquired physician groups are taken into account. The cost of replacing or integrating the health IT systems of acquired organizations isn’t mentioned as part of the price increases, but I’m willing to bet it has a strong downstream effect on patient pocketbooks.

The New York Times also looks at the incredible wealth made by the family-related owners of Wall Street-backed private hospital chains in China that control 8,000 facilities, 80 percent of the private hospital total. The hospitals, overseen mostly by overwhelmed local governments, have been caught fabricating patient testimonials, claiming 100 percent cure rates, falsifying doctor credentials, and using outdated or dangerous treatment protocols. The original founder made his money selling a homemade remedy for scabies door to door, overcoming his lack of medical background in recognizing that the country’s medical system was a mess. His company grew quickly as the government realized public hospitals could not handle a rapidly growing population. 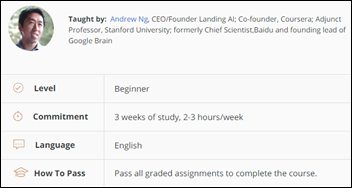 AI celebrity Andrew Ng launches a Coursera program aimed at non-technical business leaders called “AI For Everyone.” The three-week course requires 2-3 hours of work per week and opens in early 2019.