Looking Ahead to HIMSS19 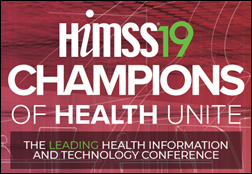 The online educational agenda is incomplete, with many sessions containing only a placeholder without presenter names (seems a bit late to still be working on that, but it’s not going to change anyone’s plans either way). All keynote speakers announced so far work in for-profit companies – Atul Gawande, MD (of the ABC consortium that hasn’t named itself yet), Susan DeVore (Premier), and Mick Ebeling (Not Impossible Labs). Many of the educational sessions have vendor presenters, quite different from the HIMSS conferences a few years back where the commercial side of health IT was kept separate from the education sessions.

The theme of the conference is the rather dopey “Champions of Health Unite,” perhaps a stretch given that most of the attendees are vendors or IT-related people whose scope and influence in “health” is tiny (we contribute slightly to the work of providers, whose services in turn contribute about 20 percent of a person’s overall health). HIMSS, as usual, proclaims itself an equal partner as we advance information and technology “to meet our biggest challenges head-on and truly transform health,” which you would think would have been accomplished by now since they claim impending “transformation” every year and the US healthcare system is a bigger mess than it’s ever been. 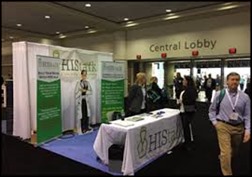 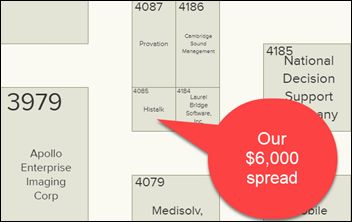 What we’ll be doing there:

The biggest individual booths in square feet are:

Exhibitors get priority choice for booth space given their HIMSS Exhibitor Priority Points, earned by spending a lot on HIMSS stuff (including participating in other HIMSS-owned conferences and throwing down major advertising dollars to its HIMSS Media PR factory).

You might want to review these reader-provided tips if you’re a first-time attendee. 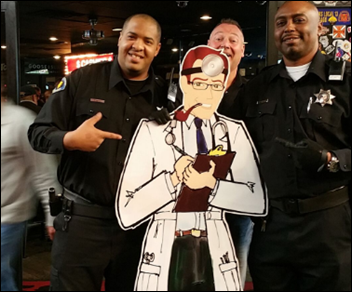 We’re be doing our usual HIStalk stuff at HIMSS19: