From Vaporware?: “Re: Cerner at DoD MHS. The system is not operable, much less interoperable, after 20 months of being live overall and Congress should get to the bottom of it. EHR stabilization is usually measured in low single-digit weeks. Any CIOs willing to compare?” Politico says that a preliminary DoD report concludes that MHS Genesis at Madigan Army Medical Center is “not effective and not suitable” – the same conclusion reached after evaluating the three previous test sites – and adds that the system is “not interoperable.” 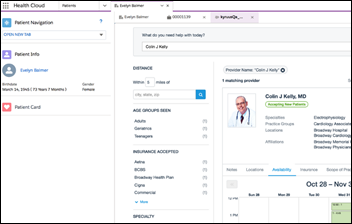 Kyruus lists its ProviderMatch for Salesforce on the Salesforce AppExchange and announces a $4 million Series D investment by Salesforce Ventures, increasing its total to $76 million. 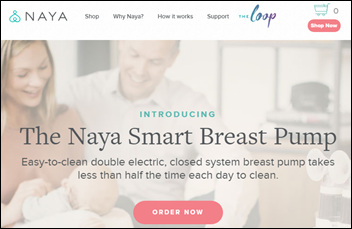 CNBC reports that Silicon Valley-based, VC-backed smart breast pump startup Naya Health —  whose CEO had blamed the company’s sluggish start on the male-dominated VC industry despite what she claimed is a $30 billion market opportunity – has apparently shut down and left customers without support for its $1,000 device amidst complaints from some of its users that it does not work.

The company that was hired to auction the assets of the defunct CareSync asks the court to expedite a $1 million sale to risk adjustment technology vendor Vatica Health, requesting via an emergency motion to finalize any and all bids by November 5. CareSync had raised $49 million before closing abruptly in June 2018. 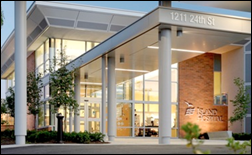 Island Hospital (WA) replaces its existing electronic signature product with that of Access, integrated with Meditech.

Medtronic co-founder Earl Bakken, who created the modern medical technology industry with the company’s introduction of the first implantable pacemaker in 1960, died Saturday at 94. The former electronics repairman founded the company with his brother-in-law, working from a Minneapolis garage to offer hospital equipment repair and TV installation.

Healthcare Growth Partners looks at the vendor “haves and have-nots” from EHR consolidation brought on by high overall market penetration as well as hospitals employing physicians and acquiring practices (HGP estimates that over 50 percent of doctors now work for hospitals). Cerner and Epic are winning the replacement market; specialty EHR vendors are doing well in specialized practice areas not as well served by Epic and Cerner; but Healthland, the former Siemens, the former McKesson Enterprise, and Allscripts Practice Fusion are losing ground as the “have-nots.”

Denver Health Epic Data Architect Mark Iannucci publishes Epic UserWeb Search on the Chrome Web Store, which allows search terms prefaced with “uw” to search UserWeb or those starting with “uw sherlock” to find occurrences in Sherlock logs, all while skipping the Galaxy screen (assuming you’re already logged into Epic UserWeb and are using the Chrome browser, of course). 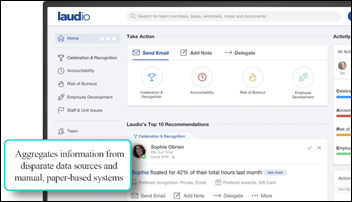 A White House-proposed rule would not only push “junk” health insurance plans (short-term and association health plans) that potentially contain extensive exclusions, it would also encourage employers to offer healthcare imbursement arrangements that give each employee a fixed dollar amount with which to purchase their own insurance, which the administration acknowledges would reduce the number of insured people. All of the new recommendations would support states offering plans that are not ACA compliant in such areas as pre-existing conditions and lifetime payment limits.

A New York Times article provides advice from chronically ill people on how to make best use of the US healthcare system (or more precisely, two ways to do that plus two suggestions for bypassing it in favor of getting informal personal advice).

Researched published in JAMA finds that use of medical crowd-funding campaigns is growing, people often ask for money to obtain treatments that are not evidenced-based or that may be harmful, meaning those who donate are helping line the pockets of practitioners who are delivering questionable care.