Shares of Athenahealth rise slightly after CNBC reports that two private equity firms and one strategic buyer have expressed interest in acquiring the company for close to $131 a share.

The company’s board members are reportedly “motivated to get a deal done.”

From Former Road Warrior: “Re: HCTec Partners. Checks went out this week to 2,271 current and former consultants who were not paid overtime for working more than 40 hours in one week. The total settlement was $4.5 million.” Unverified since court documents are now almost always unavailable without cost, but I can at least see that the case was settled in July.

From Fall Out Boy: “Re: hackers at Lutheran Hospital. Owner Community Health Systems provides the IT network for spinoff Quorum Health and was infected by malware via QHC’s network. CHS still has several thousand unpatched Windows 2003 servers that include McKesson Horizon applications used at Lutheran. CHS had to shut down those Windows 2003 servers to contain the malware. The upgrade project has been going on for three years now without any results.” Unverified.

It’s officially fall. Soon it will be the winter holidays and then HIMSS19. That means it’s time for my usual end-of-year deals for new HIStalk sponsors and webinar presenters, whereupon I look away demurely as Lorre offers inducements like a car salesperson anxious to make quota (and to re-stroke my fragile ego with such markers of industry relevance). See what it’s like being one of the cool kids who get a figurative leg up on their less-hip competitors. Now is better since it will get crazy in the less than six weeks between New Year’s Day and HIMSS19.

Adventist Health Bakersfield (CA) will do away with 60 financial services jobs early next year as part of a billing and collections outsourcing deal with Cerner that has already impacted 175 employees over the last six months. The majority of those were re-hired by Cerner and stayed on at the hospital. Cerner has said it will invite the next wave of laid-off staffers to apply for positions at its Missouri headquarters, though as one angry ex-Adventist employee notes, they’ll be competing with former Adventist employees from other parts of the country. 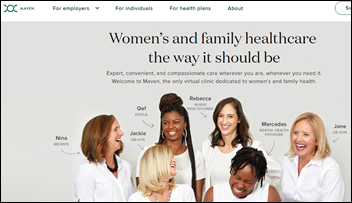 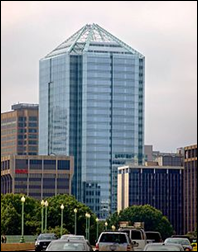 Cerner will move into 38,000 square feet of office space in Rosslyn, VA to house employees working on the company’s contracts with the VA and DoD.

Jawbone founder and CEO Hosain Rahman tells ReCode that the company has pivoted from fitness trackers to a device-agnostic remote patient monitoring business that will act as a health check-engine light for monthly subscribers. The new Jawbone Health will use Salesforce’s Health Cloud to securely share customer data with providers, who it seems will then weigh in with treatment advice. The company, which has shrunk from 600 to 110 employees, sputtered out in mid-2017 after mounting financial pressures and competition, including a lengthy patent infringement lawsuit against Fitbit. 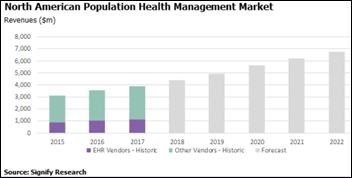 Cerner expects its Cerner Health Conference to bring 14,000 attendees to KCMO October 8-11, with the conference theme being “Smarter Care.” CHC will also serve as the coming-out party for Chairman and CEO Brent Shafer as well as the resigned Zane Burke’s semi-replacement, Chief Client Officer John Peterzalek. 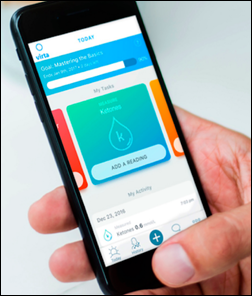 Virtual coaching vendor Virta Health hired some new executives this week, which wasn’t as interesting as a review of the components of its type 2 diabetes program – physician supervision, an individualized treatment plan, a personal diet and health coach available by chat, and digital health devices that collect readings in an app  (a digital scale, blood pressure cuff, and glucose testing supplies).

Nordic begins looking for a new CEO after Bruce Cerullo announces he will transition from the role to chairman of the board. 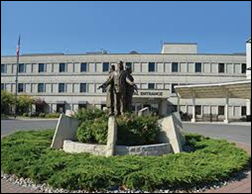 UnityPoint Health–Marshalltown (IA) transitions to Epic as part of a system-wide roll out. 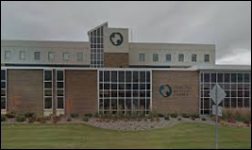 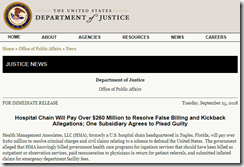 Health Management Associates pays $260 million to settle whistle blower lawsuits related to allegations that HMA coerced its physicians into unnecessarily admitting ED patients to the hospital. One lawsuit contended that HMA set up admission benchmarks driven by cost projections rather than medical necessity, which resulted in CMS footing the bill for Medicare and Medicaid beneficiaries. Community Health Systems bought HMA in 2013 for $7.6 billion and has struggled to adjust to the acquisition, which left it $14 billion in debt. CHS sold off 40 hospitals and laid off 70 corporate IT employees earlier this year.

After 60 days on the job, VA Secretary Robert Wilkie tells the Senate VA Committee that he and representatives at the DoD are working to create a “single point of authority” for their respective EHR projects with Cerner. Wilkie and his team are also preparing an EHR governance report for Congress. “If we don’t get the front-end of a member’s service right with the electronic health record,” he told the committee, “it really doesn’t help us when that veteran comes into our system. One of my goals is to make sure that the DoD end works.”

A survey finds that 72 percent of consumers don’t think insurers should be allowed to use big data to determine insurance policy risk, 55 percent think it’s just as threatening to have insurers accessing private data as Facebook, and 18 percent would allow insurers to test their DNA if they might get lower prices. Startlingly, 8 percent said they would allow a video camera to be installed in their home and 11 percent would be OK with having a biometric tracker installed in their body if it might lower their rates. One in five respondents say no correlation exists between their health and their social and economic situations. As other surveys have found, Americans are strongly pro-privacy until someone offers to pay for their most precious secrets.

Brilliant: a Twitter user describes how she used IOS 12’s scripting-like shortcut creation tool to create a Siri-launched Mayday shortcut that sends an “I’m in trouble” text message to friends that includes her latitude, longitude, altitude, and Wi-Fi network name (to help them find her in, including if she’s in a large building or shopping mall); her phone’s battery level; her IP address; and a warning that the phone will automatically go into “do not disturb” and “low power mode” to avoid alerting whoever is threatening her that help is on they way. She just has to say, “Hey, Siri, Mayday” and her IPhone does the rest. 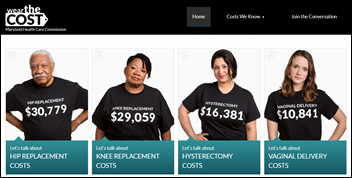 The Maryland Health Care Commission launches a “Wear the Cost” campaign to get people talking about and comparing the prices of procedures, which can vary wildly between hospitals. Harvard Medical School professor and pricing transparency expert Ateev Mehrotra, MD (who says he’ll gift the shirts to his health policy friends) believes the campaign may wind up being more about hospital price shaming than encouraging patients to shop around. “To date,” he explains, “price transparency initiatives that have been rigorously assessed have had little to no impact on prices in the health care system. The reason so far is few people are using those websites.”

A radiologist who was transported by helicopter to a trauma center in Texas is left holding a $45,000 bill from national air ambulance Air Evac Lifeteam after his insurer agrees to pay just $12,000 since this particular company is not in its network and bystanders who called for help had no way of knowing that. The air ambulance company and several others are owned by private equity firm Kohlberg Kravis Roberts. Their charges are considered aviation rather than healthcare expenses, so they can (and do) charge whatever they want. The radiologist lost his arm in the accident, soon to be followed by his remaining arm and a leg courtesy of KKR. The industry’s trade group claims each flight costs an air transport company $10,200, but they have no choice but to stick insured patients for higher amounts to cover Medicare, Medicaid, and uninsured patients.