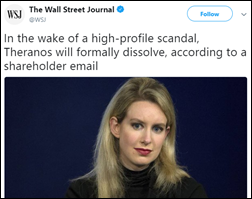 Theranos investigative reporter John Carreyrou breaks the news that the scandal-ridden blood-testing company will dissolve. CEO David Taylor, who took over from founder Elizabeth Holmes after she resigned in June amid criminal allegations, told shareholders that time had run out to find a buyer for the company before it defaulted on a $100 million loan from Fortress Investment Group.

Fortress co-founder Wes Edens has a history of making counterintuitive investments that include $3 billion towards a private rail line in Florida, and stakes in struggling sports teams like the NBA’s Milwaukee Bucks and English football club Aston Villa. Fortress will likely walk away from the deal with a handful of presumably worthless Theranos patents – assuming it can help the company pay off the $60 million it owes to other creditors. The company has just $5 million cash in hand.

Home DNA testing kit company 23andMe revisits the idea of rolling out a premium service for more in-depth genetic sequencing. The company, which toyed with the idea in 2016, has hinted at a $750 price tag, putting it several hundred dollars below the offerings of whole genome sequencing competitors like Veritas Genetics.

Mount Sinai Health System spinoff Rx.Health raises $1.8 million. The New York-based startup has developed software that gives providers the ability to prescribe apps and other digital health tools from within their EHRs.

Athenahealth prepares to take second-round bids as inside sources report that Cerner and UnitedHealthcare have passed on buying the EHR vendor. Elliott Management has teamed up with Bain Capital, which owns Waystar, to remain a contender. Ousted CEO and company co-founder Jonathan Bush stands to gain $4.8 million if the company is sold.

After being acquired by Midmark in 2016, Versus Technology officially rebrands to Midmark RTLS.

Jesus Delgado joins the Community Foundation of Northwest Indiana, parent company of Community Healthcare System, as CIO and VP of IT. 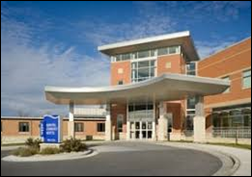 Connecticut Governor Dannel Malloy announces the state will use a $12 million grant from CMS to launch an HIE early next year. The state’s first HIE sputtered out in 2014 after a $4 million investment and a four-year run at attempting to develop a reliable revenue stream. 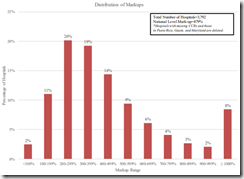 This analysis finds that 53 percent of hospitals mark up the cost of prescription drugs for patients and payers by between 200 and 400 percent. One in six jack up prices by as much as 700 percent, while one in 12 feel justified raising prices by 1,000 percent.

Providers, payers, and vendors like Epic, Cerner, and Allscripts pledge their allegiance alongside HL7 to The Da Vinci Project, an initiative that will work to improve data sharing in value-based care using FHIR standards. Initial test cases will include workflows for 30-day medication reconciliation and coverage requirements discovery.

Scripps Research Translational Institute and WebMD develop the Healthy Pregnancy Research Program, an ongoing study leveraging ResearchKit data-capture capabilities within the WebMD pregnancy app. Researchers hope that the predominantly passive collection of pregnancy data will inform future studies geared towards reducing maternal death rates, give women a better understanding of their pregnancies, and arm them with more data to share with their providers. 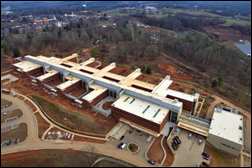 In North Carolina, Broughton Hospital’s opening day is finally in sight. Construction on the $130 million facility began seven years ago, suffering numerous setbacks due to weather, ongoing litigation with the contractor, and bureaucratic mismanagement along the way. The hospital will be paper-based once it opens in March 2019, despite being billed as “state of the art.”

A survey of CMIOs on medication management initiatives finds that varying departmental workflows and a lack of process buy-in, compliance, and ownership are top areas of patient safety concern. Incomplete medication histories and the misinformed care team decisions that result are also top issues, as is a lack of pricing transparency that often results in patients forgoing medication.

A Healthgrades study shows that consumers are twice as likely to visit a doctor when they can access a physician search tool from within a prescription drug company’s website.