They had held those jobs for just 15 months and barely more than one month, respectively. 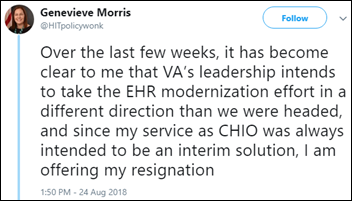 Morris had tweeted a few days earlier that her song of the day was Tom Petty’s “I Won’t Back Down.”

From Shalom: “Re: news articles. I just wanted to say thanks for the curation.” You’re welcome, but I push back at the term “curation” for several reasons: (a) it’s insufferably trendy; (b) it marginalizes the reporting of breaking news, rendering opinion, and developing reader interaction that goes beyond linking to someone else’s stories; and (c) quite a few questionably educated and experienced folks have taken on the “curator” title, which like “thought leader,” is a self-bestowed honorific that often deflects attention from a striking lack of actual accomplishment. I’m careful who I trust to filter news and render opinion.

Most poll respondents aren’t expecting much to result from Silicon Valley tech giants announcing their support for healthcare interoperability. Furydelabongo concludes, “As long as we consider interoperability to be a technology problem, it will never be solved. For the same reason, I doubt I’ll ever be able to move seamlessly between a Honda, Ford, and BMW and have a similar data experience. Everyone has their own secret sauce that gives them a market advantage. Why would they do anything to compromise that?”

New poll to your right or here: How much impact will blockchain technology have on healthcare cost and quality? My implicit message is that until it can directly influence those factors, then don’t waste time salivating over it. 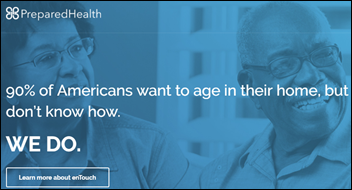 Welcome to new HIStalk Gold Sponsor Prepared Health. The Chicago-based company’s EnTouch Network makes it easier for patients to stay healthy at home by connecting them with providers, caregivers, and payers. Health systems use the platform to stay connected to referral sources, involve the patient’s caregivers in their care, receive real-time alerts of changes in risk or care setting, and monitor for fraud and abuse via GPS-powered visit verification. Its EnTouch Analytics identifies and manages evidence-based interventions. Centegra’s director of care coordination explains, “We were struggling to reduce excessive use of medical staff and better match patients with the right level of care when they left the hospital. We needed a tool to track our patients and their progress from the moment we got involved with them. The phone calls and faxes between various providers and manually writing down notes were not working.” Co-founders Ashish Shah and David Coyle spent years in key roles with Medicity. Thanks to Prepared Health for supporting HIStalk.

New York City police arrest former CDC Director Thomas Frieden, MD, MPH on charges that he grabbed the buttocks of an unnamed female acquaintance of 20 years who was leaving a dinner party in his home.

The adoptive parents of a two-year-old who died of drowning sue McAlester Regional Health Center (OK), claiming that some of its cafeteria workers accessed his records and one of them contacted the boy’s birth mother. The lawsuit says that a food service employee whose EHR credentials allowed looking up patient information for meal delivery had been told to post their login credentials on a sticky note on a computer, which gave other workers access. The couple’s attorney admits that he can’t sue for a HIPAA violation, but he can claim that the hospital was negligent in not meeting HIPAA requirements. 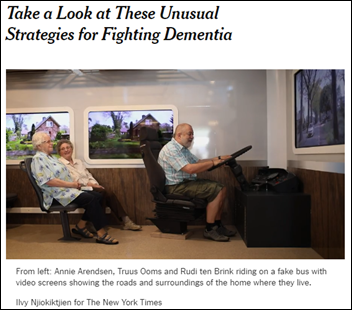 The New York Times looks at dementia-fighting strategies in the Netherlands that include a bus ride simulator; a mini-vacation room built to mimic a beach with sounds and heated sand; video projection; a re-creation of a bar complete with singing and real alcohol; robotic pets; and rooms featuring rotary phones, typewriters, and other decor with which many residents grew up. Residents enjoy memories and shared experiences that reduce the need for medications and restraints. 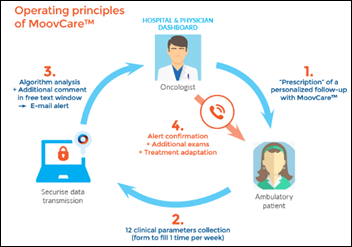 Financial Times says big pharma is willing to embrace clinically validated software that serves as a key component in managing or curing a particular condition. It notes MoovCare, an algorithm-powered web portal offer by Israel-based Sivan Innovation that studies suggest can extend life expectancy for lung cancer patients by early detection of relapses and complications. Novartis is working with Pear Therapeutics, which offers a software-only treatment for substance abuse that will be launched in the US in the next six months. 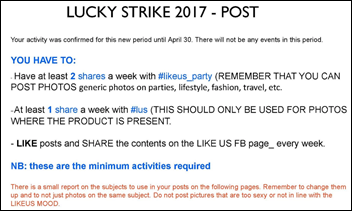 Tobacco companies are using sophisticated hashtag campaigns in reaching out to social medial influencers – who are sometimes paid or invited to attend promotional events — to portray smoking and vaping as hip while getting around laws that prohibit tobacco advertising. One company specifically told the influencers to use only cigarette pack photos in which the required health warning is obscured.

England’s new health secretary Matt Hancock vows in a Facebook post to implement national interoperability standards after he observes staff at Chelsea and Westminster Hospital reverting to pen and paper. 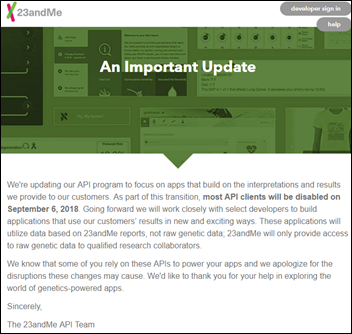 Home genetic test vendor 23andMe will turn off API access to its anonymized data sets, telling developers that they can access company-generated reports but not the underlying data. 23andMe had previously planned to launch an app store, but was worried about vetting third-party developers. The company turned off access to an anonymous developer in 2015 who used it to create a “race wall” so that sites could block users of specific gender, ancestry, or genetic characteristic.

Stanford’s John Ioannidis, MD, DSc urges reform in nutritional epidemiology research, noting that newspapers and websites pick up wildly misleading studies that conclude that eating or not eating a particular food changes health status or longevity. He basically says that everybody eats, so you can always find some questionable correlation between diet and health that usually means nothing and distracts consumers from the amply documented risks of smoking, lack of exercise, air pollution, and climate change.

The decision by the late Senator John McCain to stop his cancer treatment provides a reminder of how to avoid being insensitive or incorrect in those situations: 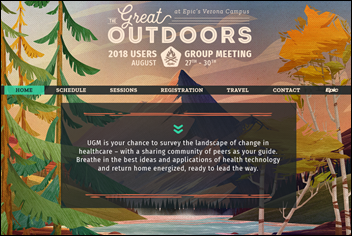 Epic expects to host 8,000 users and 9,000 of its own employees at UGM this week. Sunday offered dinner around the campfire with an emphasis on Wisconsin foods (I’m thinking cheese curds, wursts, and beer, but that’s from my own limited experience). Verona got pounded by rain this weekend and it will be hot and humid with highs in the mid-80s through Tuesday, but the sun and cooler temperatures return Wednesday with highs barely breaking 70. Attendee updates and reports are welcome. 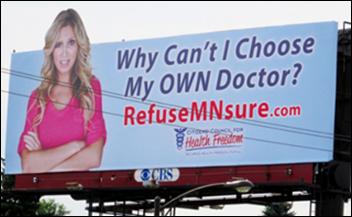 I ran across Citizens’ Council for Health Freedom when Googling something unrelated, noting that its nurse CEO just published (via a vanity press) “Big Brother in the Exam Room: The Dangerous Truth about Electronic Health Records.” A tweet congratulates her for “hitting #1 on an Amazon best seller list,” although (a) that was in just the “Medical History & Records” category; (b) it has since fallen to #12 in that category; and (c) the book’s overall sales rank suggests that it is selling maybe 5-10 copies per day. Its website seems to harbor a lot of anger about healthcare in general:

If you like the book I mentioned above, you’ll surely want to study this article in the ultra-conservative Washington Times titled “How AI is pushing US healthcare down a USSR path.” It concludes that behind the “bureaucratic bull-crappery” of the announced support for interoperability by tech giants is this:

Out go the individual’s expectation of medical records’ privacies; in comes the prioritization of the healthcare as a collective, not individual, good. The medical breakthroughs may be significant. But the flip side is that suddenly, it’s not you and the doctor in that office. It’s you and the doctor and a nationally approved streamlined course of care, based on Big Data collection, Big Business information-sharing, and AI-fueled decisions. And when you’re done? Count on your outcomes — the success or failure of your medical treatment — being fed as fuel to the machine learning beast.

Weird News Andy has an unnatural love for fecal transplant stories and titles this one “Bottom’s Up.” Scientists create a “baby poo smoothie” probiotic supplement. Punster WNA says this idea has reached a new low and hopes that this, too shall pass.